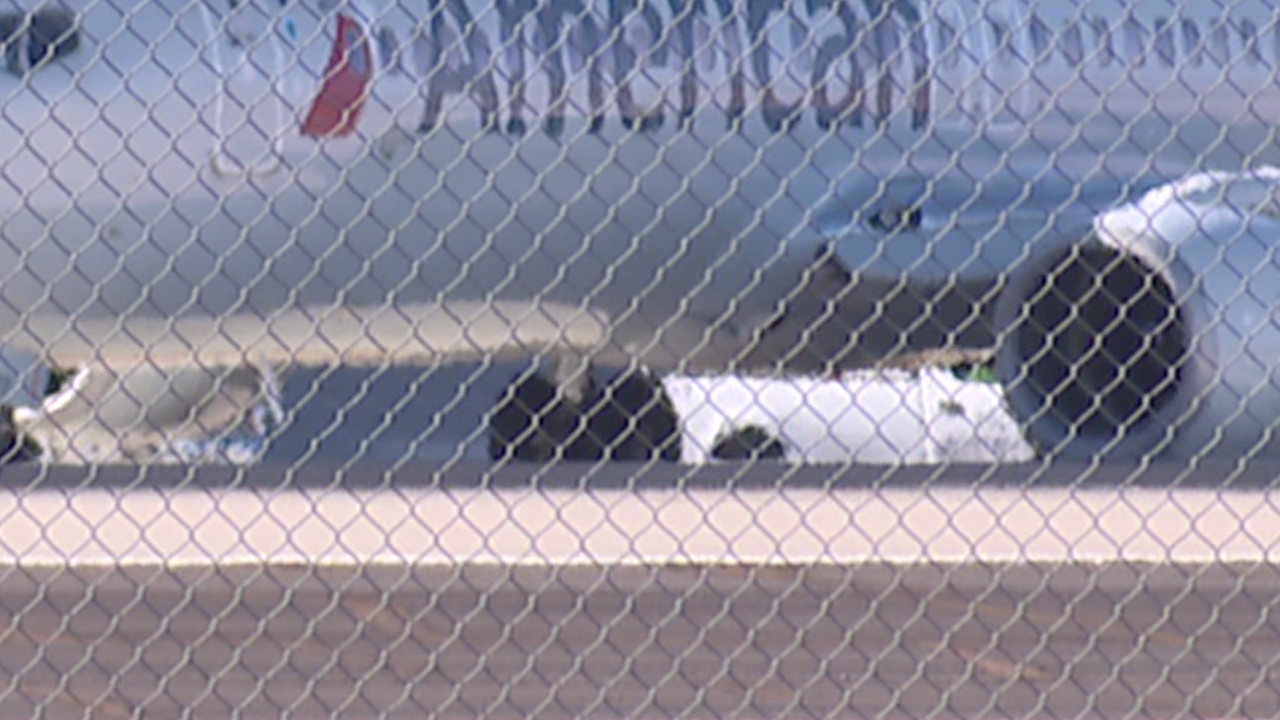 PHOENIX — A plane traveling from Phoenix to Las Vegas was grounded after two tires blew out on American Airlines flight 711 early Thursday morning.

In a statement to the press, a spokesperson for American Airlines wrote, "American Airlines flight 711 with service from Phoenix to Las Vegas experienced a mechanical issue prior to takeoff. The aircraft stopped safely on the runway before taking off and no injuries have been reported. Our maintenance team is currently inspecting the aircraft. We never want to disrupt our customers travel plans and our team is working to get them to Las Vegas as soon as possible."

A spokesperson for Sky Harbor International Airport said there was no impact to the airport's operations following the flight malfunction.

NOW: American Airlines flight 711 has a blown tire at Sky Harbor airport. The airpot says there is no impact to airport operations. #abc15