One dead, 2 hospitalized after crash near 24th Street/Broadway, police say 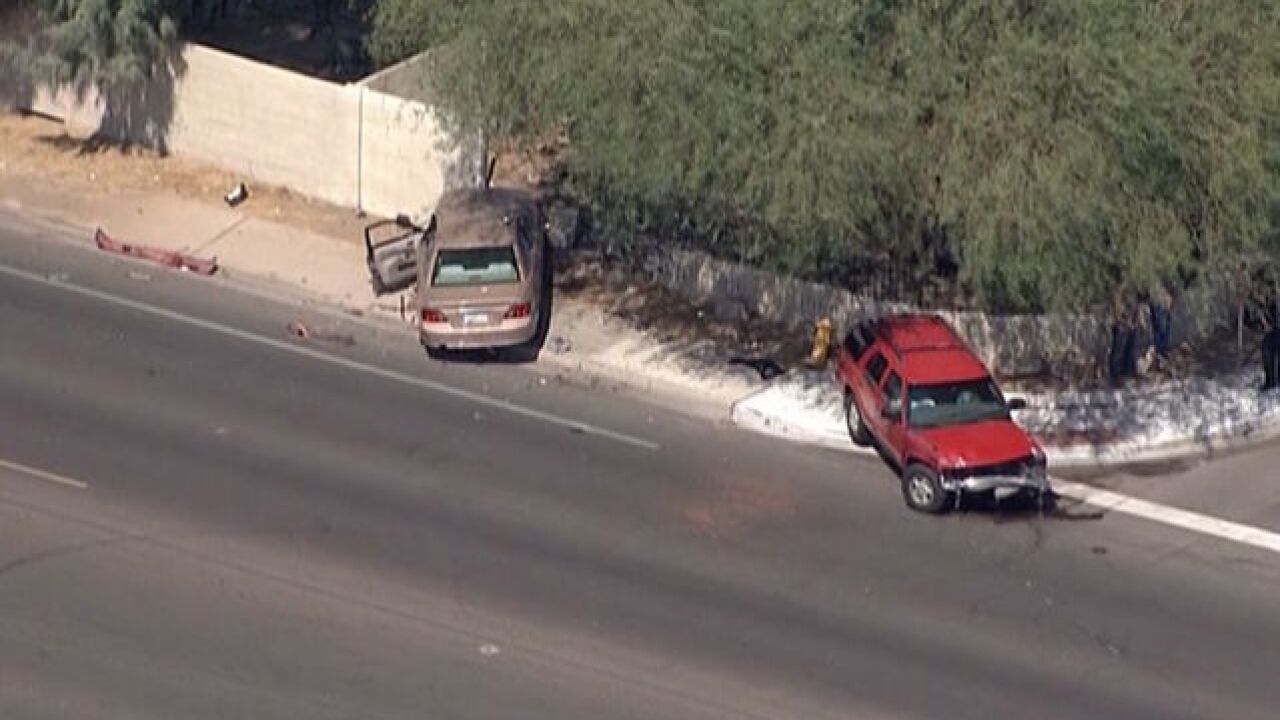 A crash between two vehicles in Phoenix sent three people to the hospital Friday afternoon.

According to Phoenix police, two vehicles crashed near 24th Street and Broadway Road.

Phoenix fire officials said the head-on collision left a 60-year-old woman with life-threatening injuries. A 54-year-old man and woman were also taken to an area hospital in critical but stable condition.

Police later clarified saying that the man and the woman with him were pedestrians struck as a result of the crash. The man later died at the hospital from his injuries, police say.

Additional information regarding what caused the head-on collision was not available, but police say impairment is not considered a factor.