PD: One dead after crash near 44th Street and Broadway Road 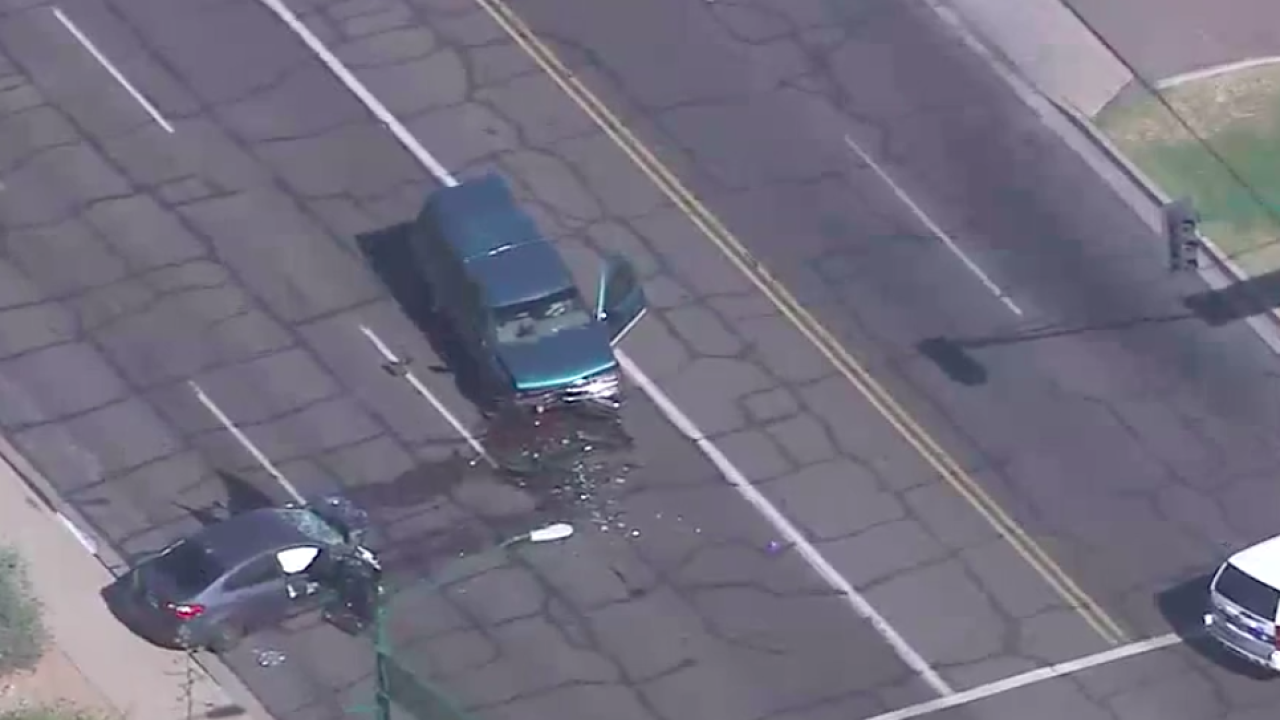 PHOENIX — A 23-year-old man died in a two-car crash in Phoenix on Monday morning.

Police were called to the area of 43rd Street and Broadway Road around 7:35 a.m. for reports of a crash.

Officers learned 23-year-old Jawon McKaskill was headed westbound on Broadway when he crossed the center line, colliding with a Chevrolet pickup truck.

McKaskill was pronounced dead at the hospital after the crash. The truck driver sustained non-life-threatening injuries.

The cause of the crash has not yet been determined. No further information has been released.