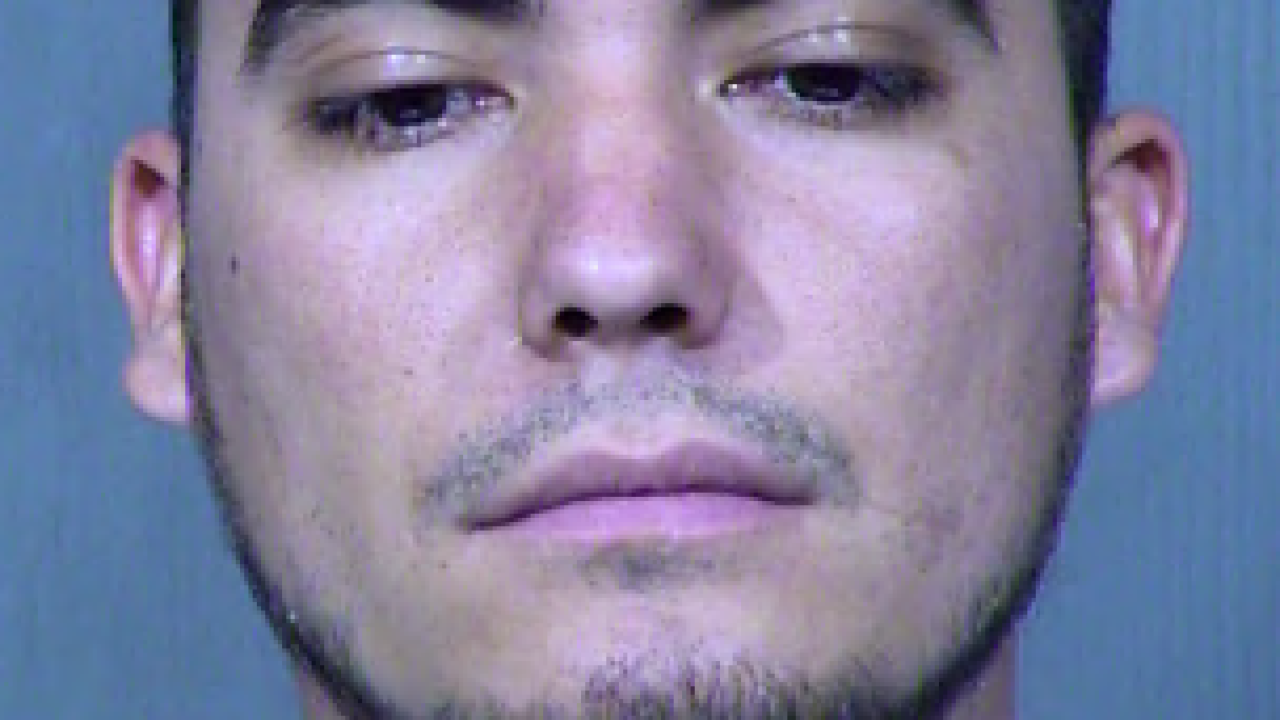 PHOENIX — On Sunday, May 10, officers were called to the area of 19th Avenue and Baseline Road where a shooting was reported.

Investigators learned that two men were arguing in their vehicles when one of the men threw an unknown object at the other vehicle.

The first man, a 20-year-old, drove off while the second vehicle, driven by a 23-year-old man, followed behind. In the area of 7th Street and South Mountain Avenue, a third man, Ignacio Ochoa, gave a weapon to the first man. Shots were exchanged between the two vehicles.

The 20-year-old suffered non-life-threatening injuries. No other injuries were reported.

All three men were located.

Ochoa was arrested on a weapons violation charge. No other arrests have been made.