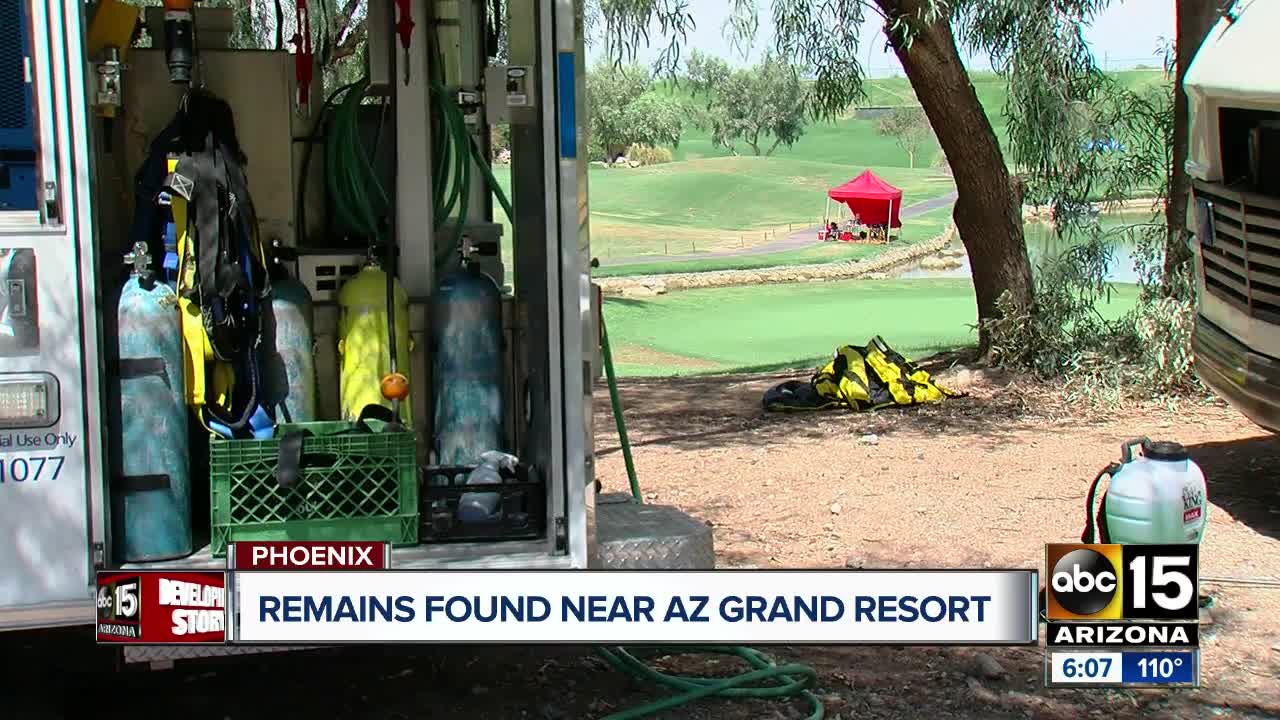 Police say divers found the body in a deep part of a pond being searched at the resort after partial remains were found Friday night on the pond's muddy edge.

PHOENIX — Partial human remains were found next to a pond on a golf course at the Arizona Grand Resort and Spa late Friday night, according to Phoenix police.

Police say they were called to a body of water on the resort's property around 7:20 p.m. when two walkers in the area discovered the partial remains on "the muddy edge of the pond."

The Phoenix Police Search and Recovery Dive Team were called to the scene to do a sweep of the pond, police say.

According to police, additional human remains were found in a deeper portion of the water.

The body has been removed from the pond and the investigation is ongoing, police say.