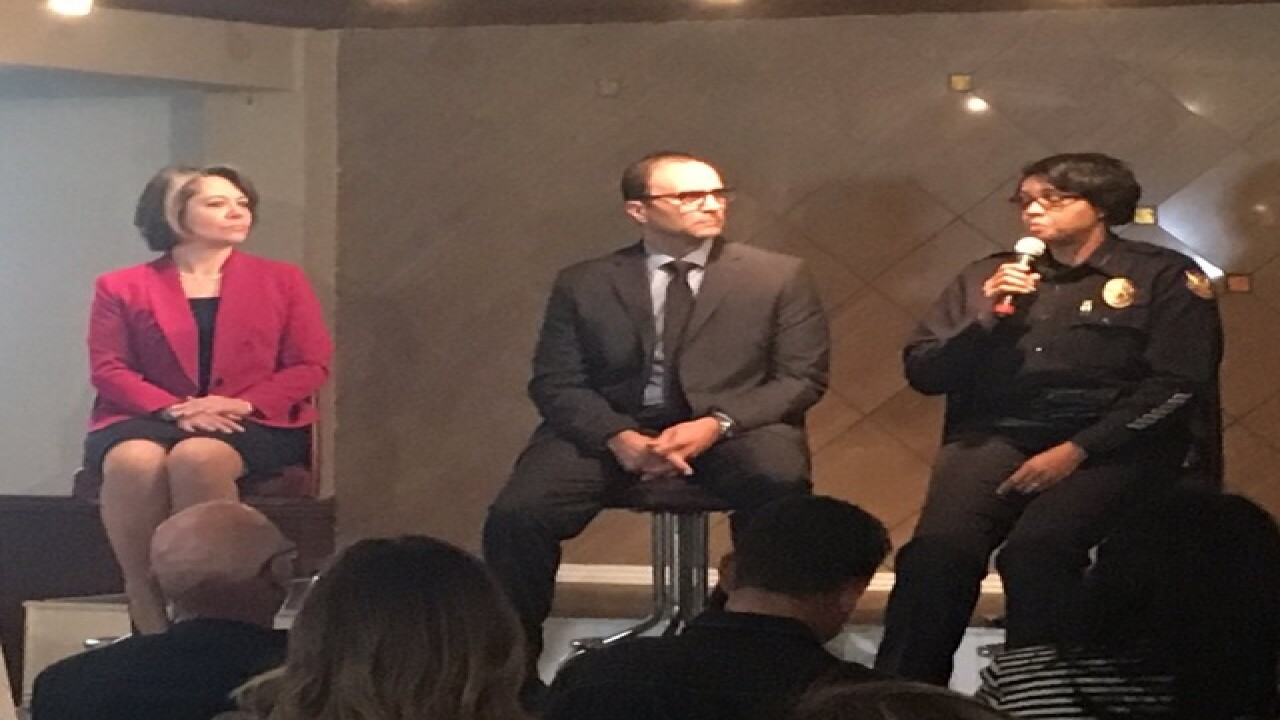 A new and powerful panel sat in front of those who live in south Phoenix Saturday afternoon, addressing questions and concerns with residents, especially following this election season.

District 27 Senator Catherine Miranda told ABC15, she organized this after she was flooded with calls — many regarding immigration. President-elect Donald Trump has had a strong platform on the subject.

This was Penzone's first town hall as Sheriff-elect.

The whole idea was to have an open conversation between the community and those who will be making decisions in their own backyard.

"The fears are here now and today," Sen. Miranda explained. "So, why not address them now?"

Sen. Miranda said she wanted to focus on home and taking care of things in the Valley first.

"What I'm trying to do now is protect my community," Sen. Miranda said. "Reassure them that here at home, we have different leadership and there is no reason to fear."

But, based on many of those who took the microphone to address the panel, they had more concerns then questions.

A handful decided to give a speech on their belief that there is a systematic problem with racial profiling with the department — that is not just a "one officer" problem.

"So, thank you for the comment," Chief Williams said "And I so love the difference of opinion because that's what makes our America  a great place."

But, there were many more that did not speak at all, but simply used the time to get comfortable with the new leadership that will be shaping the Valley.

Hernandez lives in south Phoenix and said he hopes that events like these continue to happen and that his neighbors take advantage of it.

Organizers also asked the community to give these new leaders time to get settled in and get comfortable within their own departments before demanding change.