Man dies after being shot near 5th Street and Broadway Road 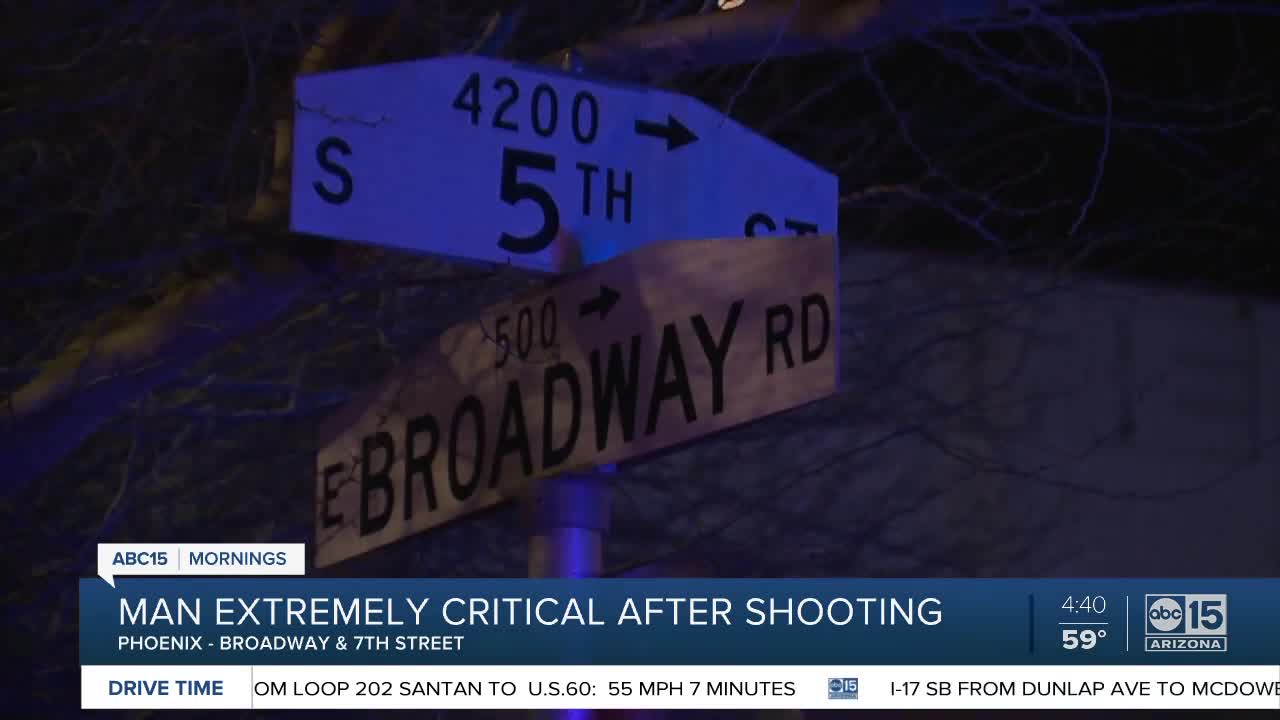 Phoenix police say a man is dead after he was shot Tuesday evening near 5th Street and Broadway.

PHOENIX — Phoenix police say a man has died after being shot Tuesday evening near 5th Street and Broadway Road.

The victim is being identified as 61-year-old David Mendoza.

According to the Phoenix Police Department, officers responded to the area around 8:30 p.m. for reports of shots fired.

When they arrived, they found a man lying in the street suffering from an apparent gunshot wound.

Paramedics took him to a hospital where he was later pronounced dead.

A motive for the shooting remains unclcear.

Anybody who may have information is urged to contact police at 602-262-6141 or 480-WITNESS to remain anonymous.

Stick with ABC15.com as we work to bring you any updates.