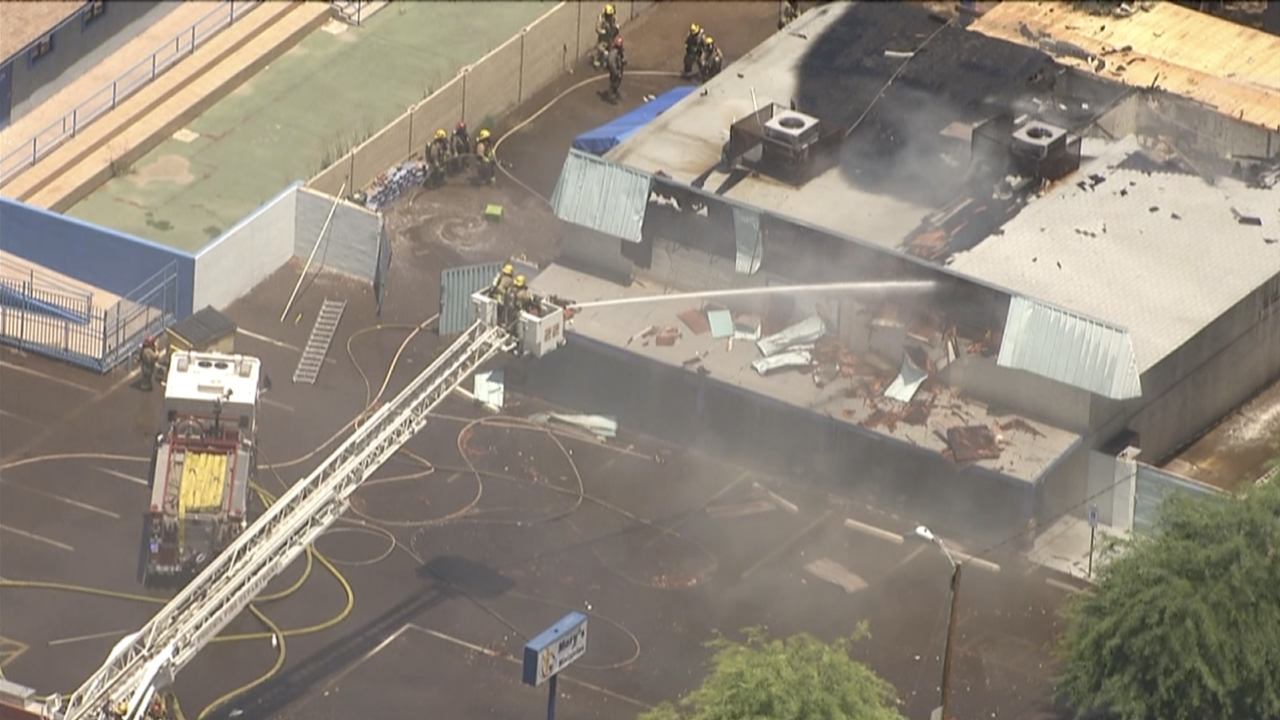 PHOENIX — Firefighters have control of a fire that ignited at a religious building Monday afternoon.

Firefighters say part of the roof collapsed while they were on scene and crews worked to prevent it from spreading to nearby structures, including a school.

High temperatures in the mid-100s created a potentially dangerous situation for the firefighters, who wear 50 to 70 pounds of gear. In response, the department said the fire was being fought in shifts, with firefighters rotating between suppressing the fire and resting and drinking water.

Investigators had just arrived on scene to begin finding out how the fire started, officials said.