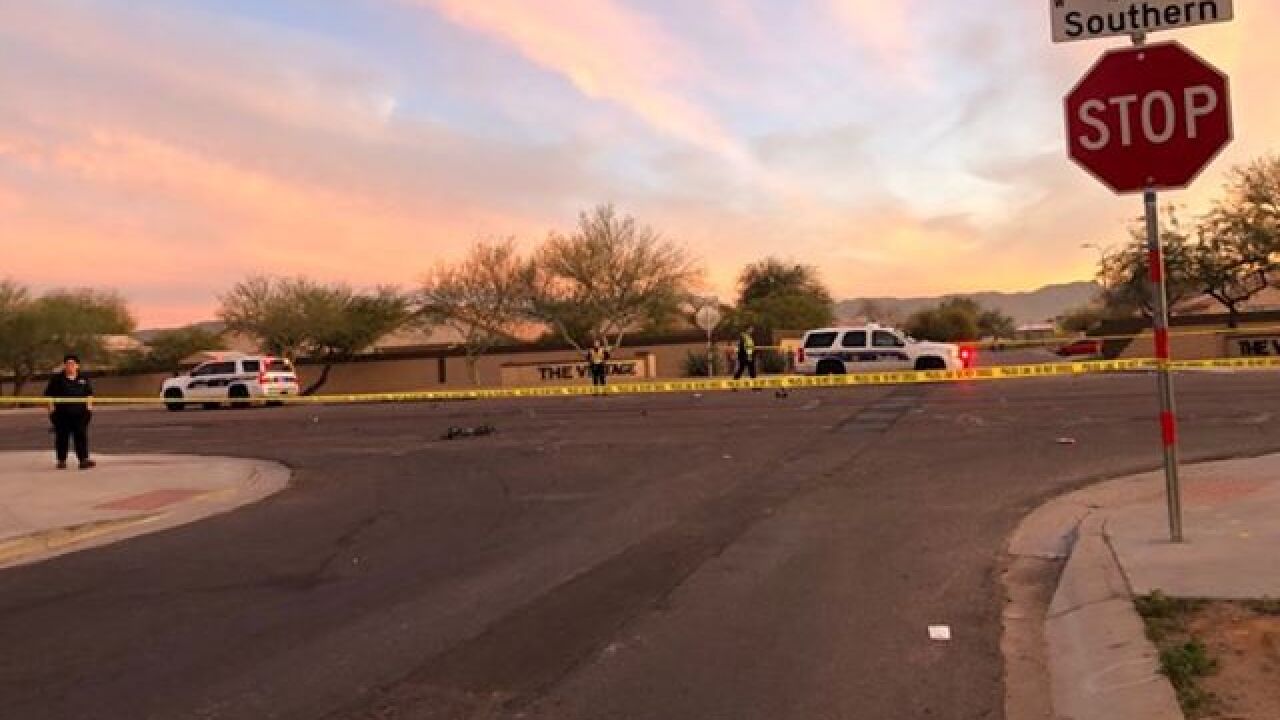 PHOENIX — A bicyclist has died after being struck by a hit-and-run vehicle near 15th and Southern avenues on Thursday.

According to Phoenix police, the bicyclist, identified as 25-year-old Mario B. Hernandez-Roman, was hit by a white SUV around 5:30 p.m.

Hernandez-Roman was reportedly in the two-way left turn lane when he was hit by an SUV traveling eastbound. He was transported to an area hospital with numerous injuries and was later pronounced dead, police say.

Police say the SUV, which fled eastbound on Southern Avenue after hitting Hernandez-Roman. The SUV was damaged and leaking fluid, and police were able to locate it "a short distance from the scene of the collision abandoned in the parking lot."

The registered owner of the SUV reportedly told police the SUV had been reported stolen. Investigators have not been able to confirm who was driving the vehicle at the time of the deadly hit-and-run.

At this time, the suspect is outstanding and the investigation is ongoing, according to Phoenix police.