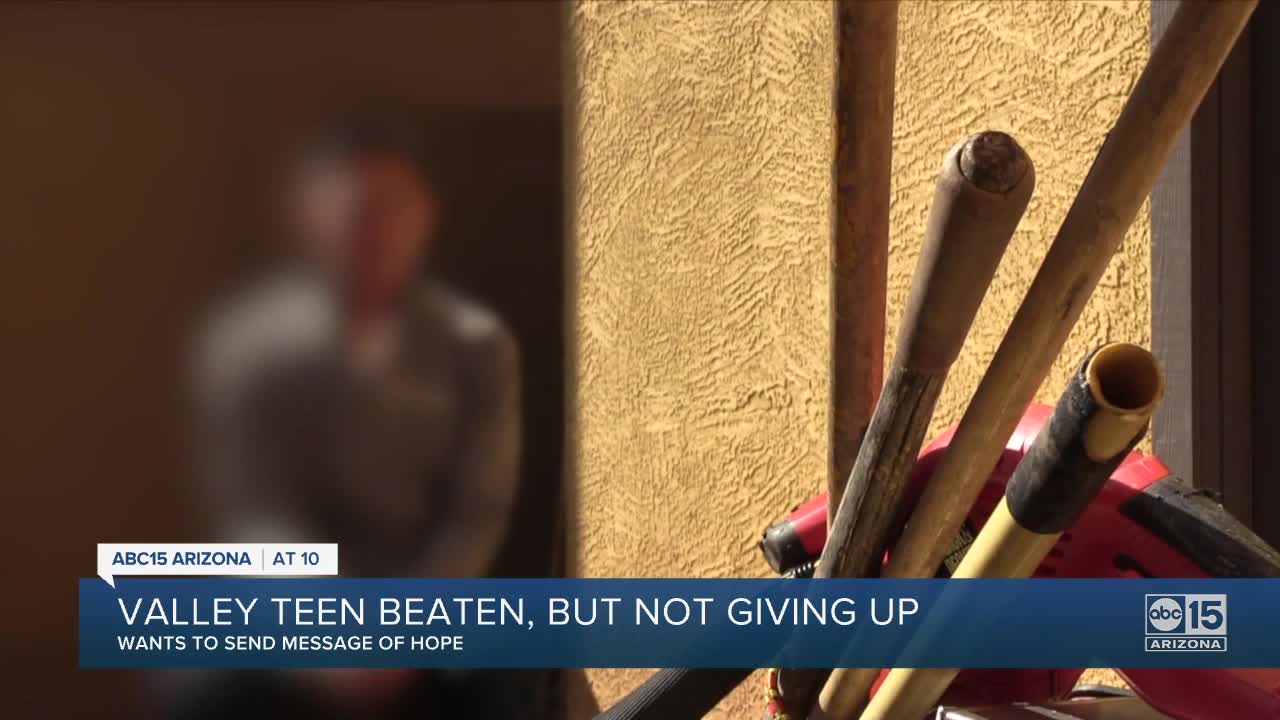 José is only 17-years-old and already runs his own lawn care business. 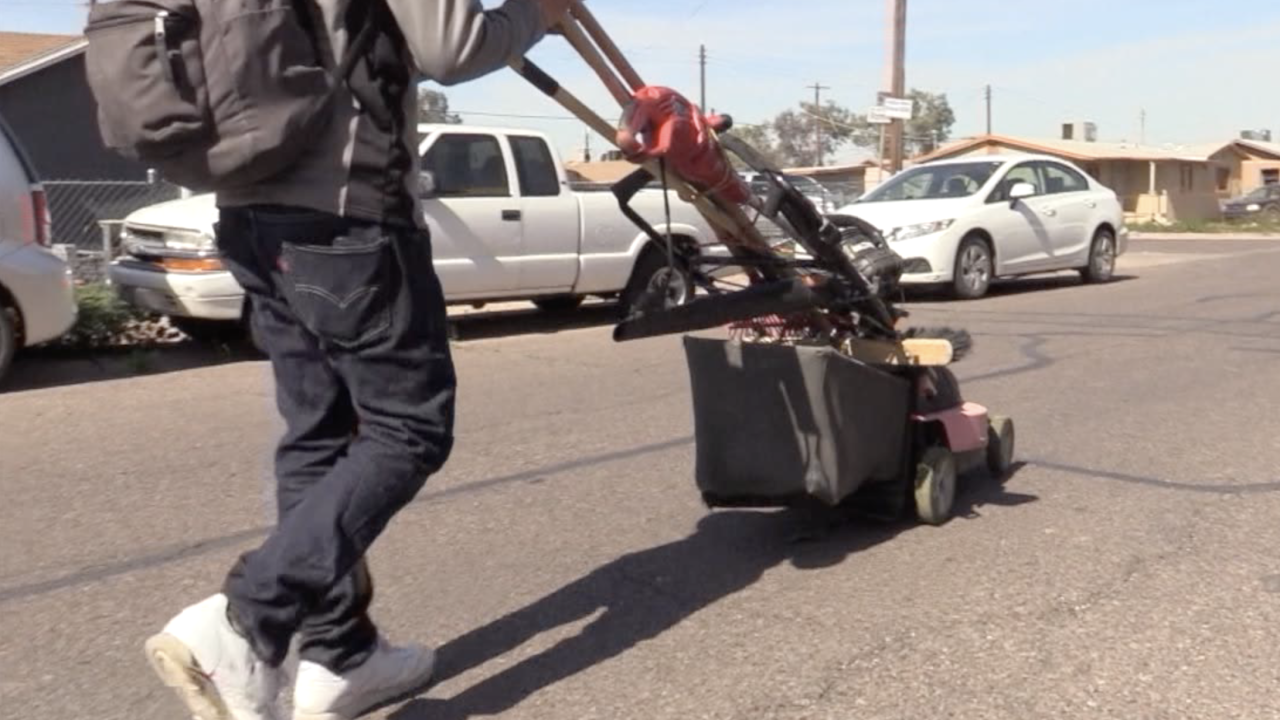 PHOENIX — José is only 17 years old and already runs his own lawn care business.

If you live in the South Phoenix area, you will probably see him lugging around his tools on foot through different neighborhoods.

His customers say he is known for never missing one day of work, but things changed for him on February 10.

“As I'm getting choked by some of those people, on the ground still holding my lawn mower someone else is kicking me on my face,” said José whose identity is being protected for his safety.

“I can’t believe people would do that to another person.”

José was brutally beaten in broad daylight, all while trying to earn a living mowing lawns. “They grabbed one of my sticks and hit me with it on the back and side of my head,” said José.

He says a man and a woman rushed him trying to take his equipment beating him to the ground and that even people passing joined the attack.

He remembers about five adults beating him for about eight minutes.

“I tell them I'm going to let go and they keep hitting me.”

A spokesperson for the Phoenix Police Department said the attackers ran away with no tools when they saw a patrol vehicle approaching the scene.

Their report says officers arrested a man who they say stayed behind punching Jose even after officers arrived.

ABC15 is not identifying the suspect to protect José’s safety since the suspect was released from jail.

Thomas says she was surprised to see the release conditions given to the suspect. Court documents say the suspect must stay away from the arresting officers, but it doesn’t mention anything about staying away from José.

“Is it even safe for me to walk down the street?”

Thomas recently moved from Mesa to South Phoenix. She says it worries her to see what happened to Jose, “Is it even safe for me to walk down the street? They may see something I have and try to steal it from me and beat me up and they would still be able to walk around.”

Michelle Thomas says she knows how hardworking José is.

She says José has never missed work and is a great kid, but she was surprised to see his injuries and still showing up to her door to finish the lawn work.

“My reaction was ‘oh my God’ what happened to your face?”

The police report says José had injuries to his face, arms, head and a cut to his nose, but it was more than that. Jose says, “My nose was pushed up.”

Michelle says it was inspiring to see his dedication and how determined he was to do the work he promised, even if he was still bleeding.

“If I told them I'm going to do something I'm going to stand by what I mean no matter what condition I'm in,” stated José.

She believes he has been left unprotected and this could happen again. “He wasn't doing anything but walking with his tools,” said Thomas.

For now, she hopes José’s perseverance is something we can all learn from, “We have to do better, we have to help each other out.”

And for people in the neighborhood she says, “If you see him, hire him he's in south Phoenix walking around and does a great job in your yard. He's a great kid.”