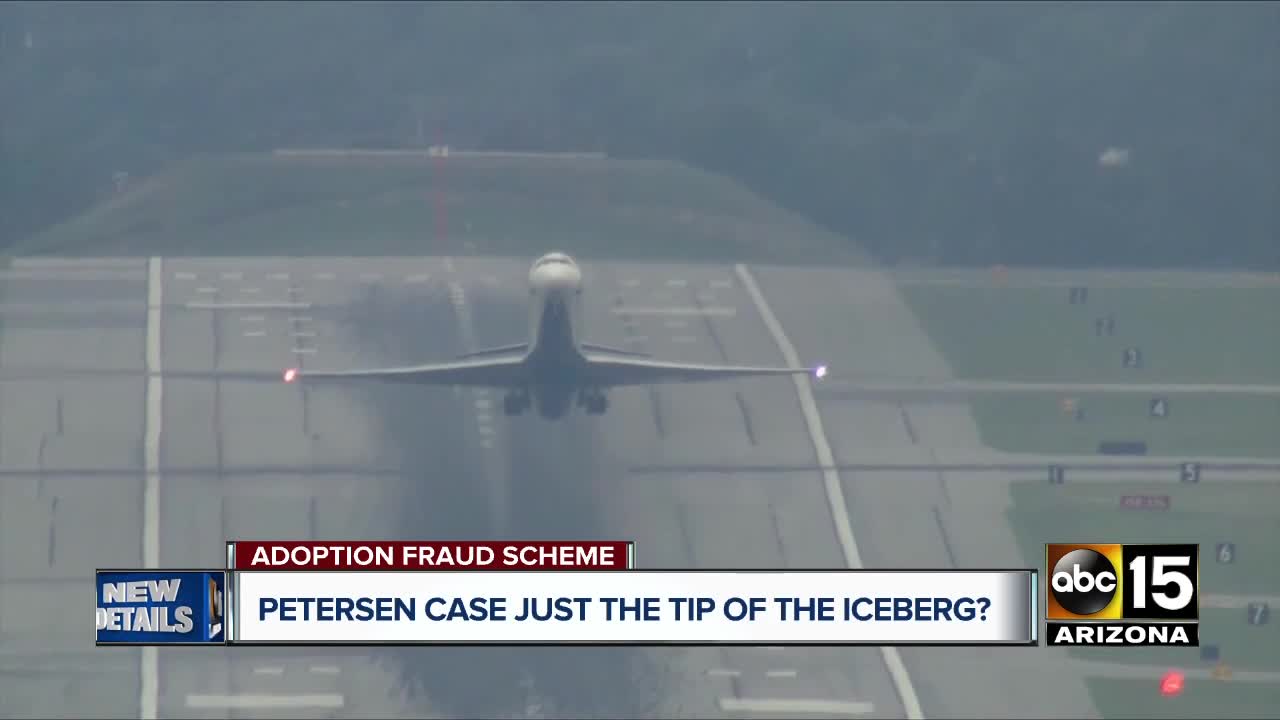 The news of Paul Petersen's arrest and adoption fraud scheme has sent shockwaves across the country. Some familiar with the Republic of Marshall Islands' adoptions are less surprised.

The news of Paul Petersen's arrest and adoption fraud scheme has sent shockwaves across the country. Some familiar with the Republic of Marshall Islands' adoptions are less surprised.

One woman, who helped shape the islands' current adoption laws, says lawyers have been taking advantage of the loopholes and locals for decades.

Like Petersen, Mary Jarman did her mission work in the Republic of the Marshall Islands.

"If you speak their language, there is an immediate connection because not many people do," said Jarman, who, like Petersen, speaks fluent Marshallese.

Jarman spent all of 1999 working with the local government, American attorneys, and even UNICEF to craft a law that would lead to less exploitation of expectant mothers.

"The culture was easy to take advantage of. They are very friendly and open," said Jarman. "There was a high birth rate there. It was a small country. There was a lot of poverty...so [when] there is some money involved, it really does change the picture."

Authorities and people who have worked with Petersen allege the Maricopa County Assessor was offering expectant Marshallese mothers money to give up their children for adoption, and even paying for their travel and lodging while they were visiting the United States to give birth.

"I would say it was very lucrative for him," Jarman said.

Jarman told ABC15 Petersen is not the only lawyer exploiting a law that, before now, was rarely enforced.

"He's definitely one of the biggest," Jarman said.

"I would tell them to ask questions...[some of it] is shady at best," said Jarman.

On the Marshall Islands, Jarman says many women are vulnerable and susceptible to promises of money or a better life in America. Some adoption lawyers, she claims, have local fee finders on the islands.

"That person could possibly be given a fee to refer that birthmother into the program," said Jarman. "So there’s an incentive to kind of talk that person into doing this."

Once women were flown over, authorities allege Petersen and others helped him lie on documents about how long the women had been in the U.S. and for what reasons.

"He could bring them here and say they already lived here under the Compact of Free Association."

Multiple adoptive parents told ABC15 Petersen told them their birth mothers had been living in the United States for years. It is unknown if Petersen was telling the truth in those cases, but police accuse Petersen of renting a home in Mesa strictly for housing pregnant Marshallese women.

One mother, who lived in Mesa in 2018, told ABC15 that she reached out to Petersen last year about adopting. She says she called him on a Friday, and the following Monday, Petersen had a newborn ready for her family to drive and adopt in Utah.

She was thrilled at first and described the rapid series of events as a "miracle." She told ABC15 it was all orchestrated by Petersen and alleged that her adopted son was born prematurely and had developmental delays. She claims he was born prematurely and believes it was the result of the biological mother being flown from the Marshall Islands late in the pregnancy.

Jarman remembers speaking with Petersen in the year 2000, to get his thoughts on the law she was helping craft and the loopholes that existed.

"It turned into arguments over loopholes," she said. "He was just kind of gung ho about everything he was doing, and didn't seem to really want to stop and look at the details that would get in the way."

There are many victims of this complicated story.

"The birth parents, the adoptive family, and the child - all three of them are victims. Usually, they are all somehow manipulated or coerced," Jarman said.

Parents across the country, who adopted with Petersen's help, have told ABC15 they felt blindsided and devastated by the news.

Jarman said adoptive parents should not internalize the guilt, but others should be diligent in asking questions and trusting their gut if something does not feel right about the situation.