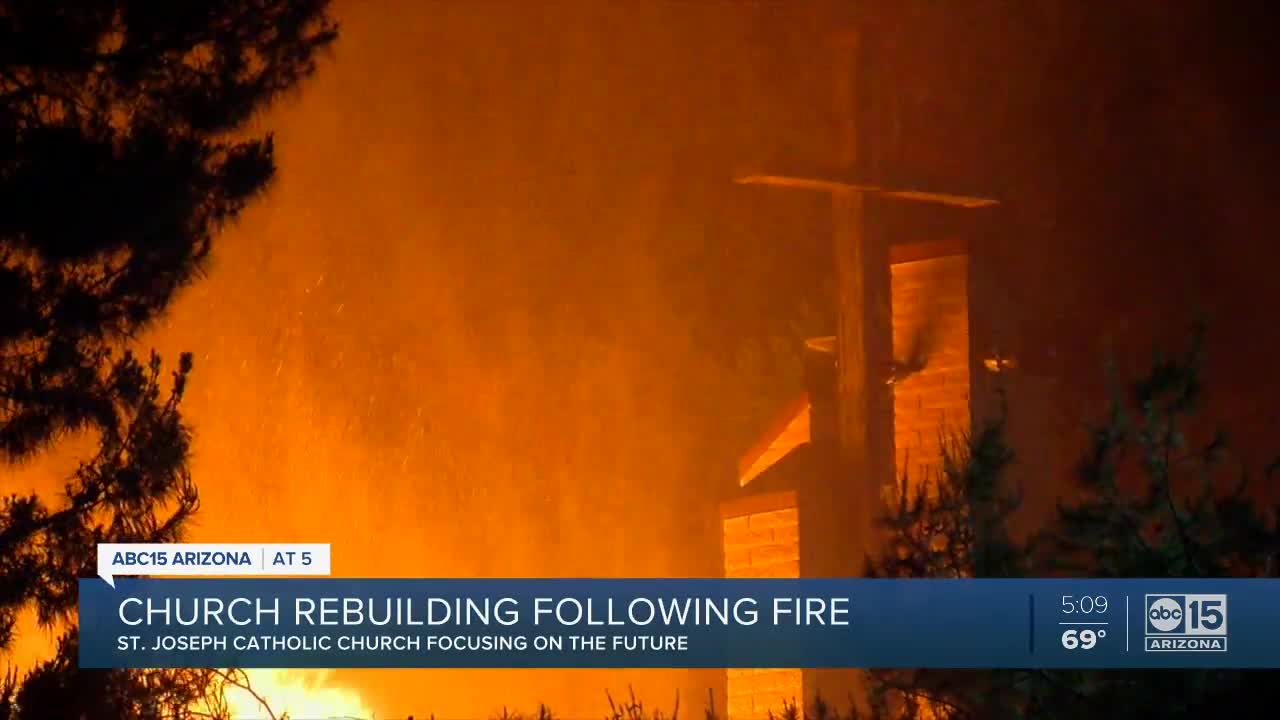 A solitary cross stands where a new start will soon blossom. 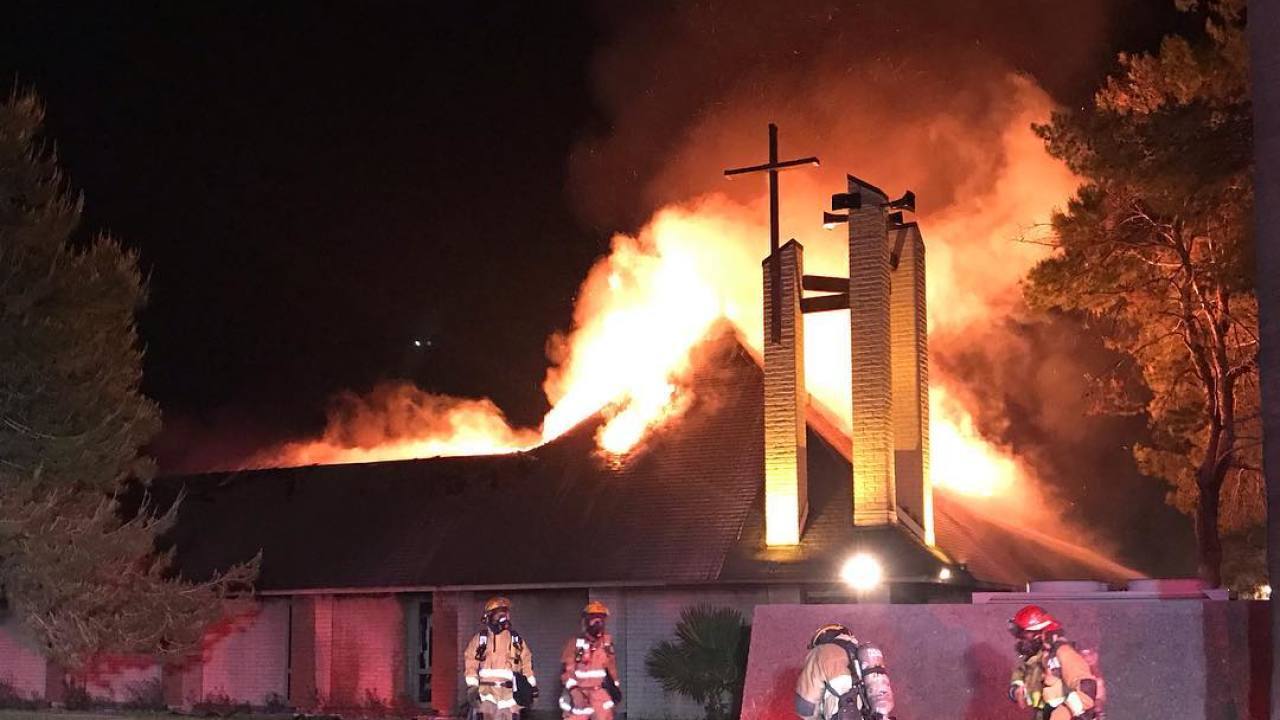 PHOENIX — A solitary cross stands where a new start will soon blossom.

"What looked like was complete disaster for us has turned into something to be something quite spectacular," said Patrick Edwards.

Despite a heartbreaking fire last May that destroyed its structure, St Joseph Catholic Church is focusing on the future and not the past.

Edwards, chair of the church's building committee is sharing it's vision.

The $5 million rebuild will pay homage to the church's humble beginnings.

Adding with it a southwest architecture with space for more than 500 worshipers. It's been a difficult journey, one led by faith.

"It leaves you not knowing what the next step is and that's why your faith has to guide you," said Edwards.

It's now guiding them to also include new administration space, a kitchen and dinning hall for the many weddings they expect to host.

Then there's the four acres of land behind the church, now a dirt lot but soon something much more.

"We'll be looking at a faith based assisted living, senior living to go back in this space," said Edwards.

Not only will it allow those to live close to where they worship, but generate additional income for the congregation charitable efforts.

In total they hope to finish everything within three years, breaking ground as early as this April.

With the Church itself finished by next year. "We're going to have Easter mass 2021," said Edwards.

A fitting date to rise from the ashes anew.