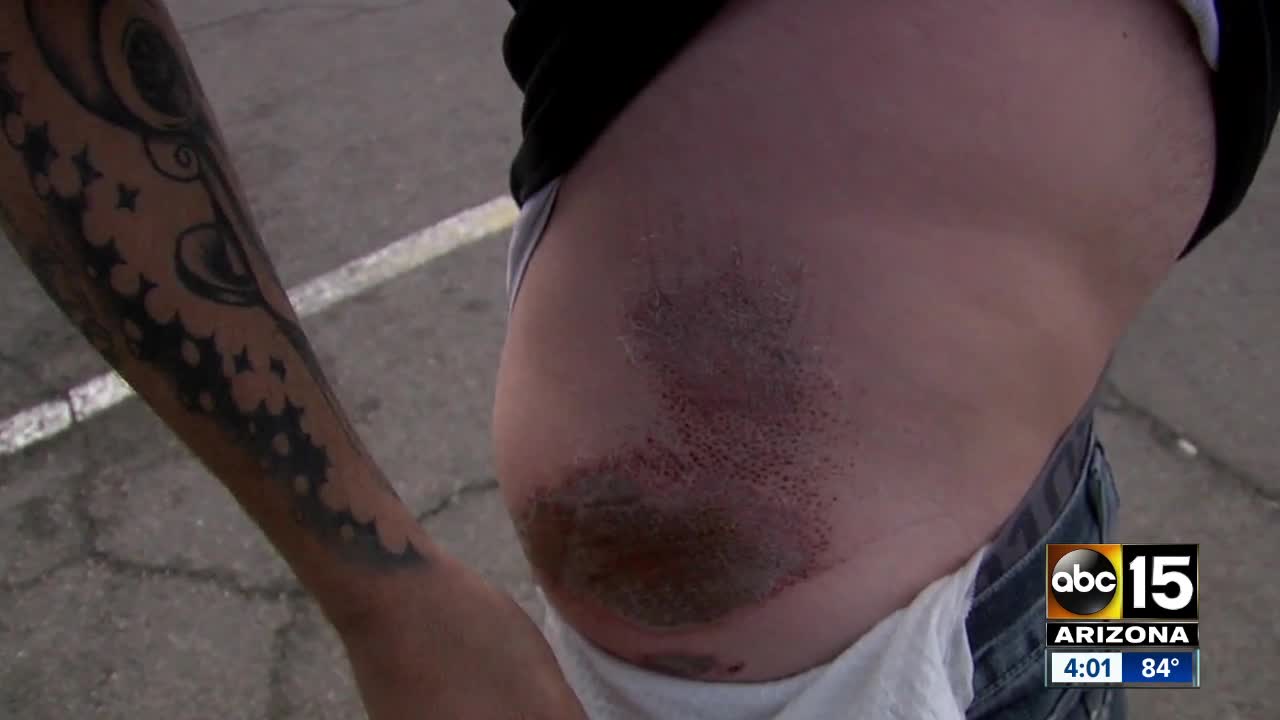 Man on the mend after a frightening experience Friday night outside the Circle K off Cactus and Cave Creek roads. 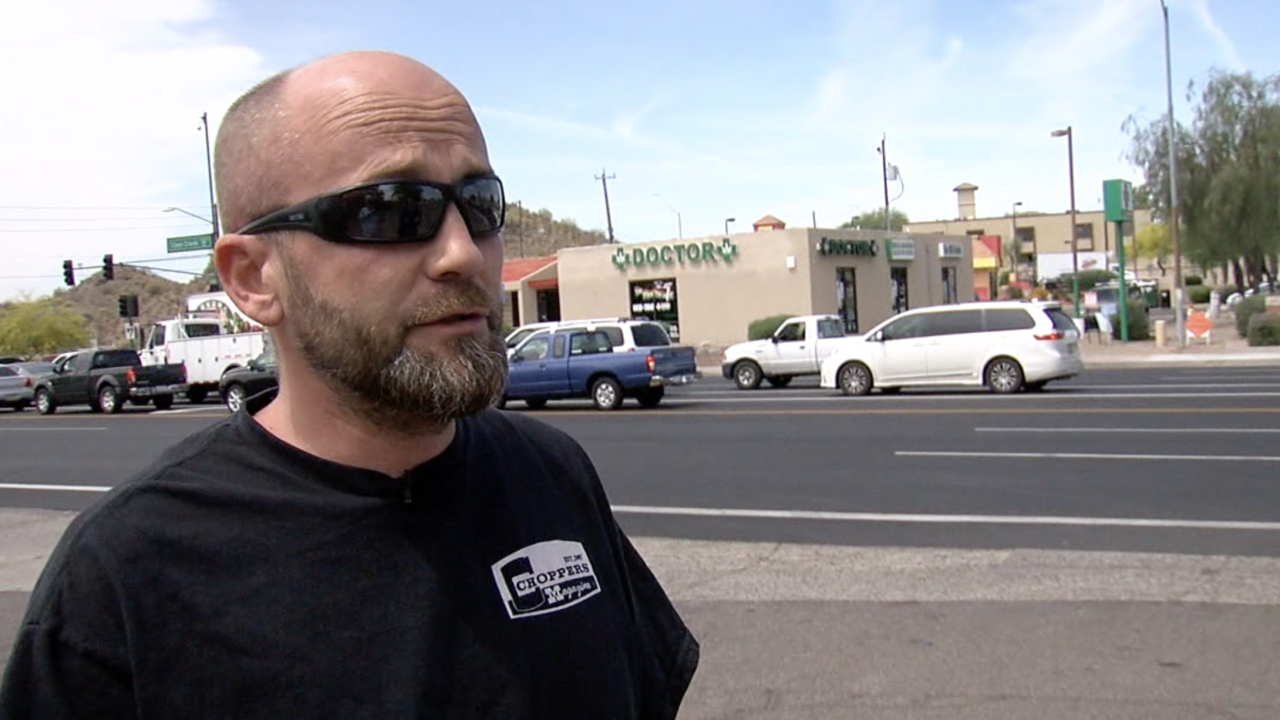 PHOENIX — No good deed goes unpunished, and a Valley man learned that the hard way.

"I came to get pizza and soda and the next thing you know, I'm laying on the ground down here bleeding," said Kenny Mclain pointing to the middle of Cave Creek Road.

Mclain is on the mend after a frightening experience Friday night outside the Circle K off Cactus and Cave Creek roads.

"We could smell it once we got a little bit closer to them, especially the kid in the driver seat," said Mclain.

He says a vehicle full of drunk teens pulled into a parking space next to his truck in the Circle K parking lot. His girlfriend Barby described what happened next.

"They pull up, you watch the one kid, the driver, get out, the passenger gets out, and I notice the car starts rolling back," said Barby Ireland.

The car, in neutral instead of park, rolled out of the parking lot and into oncoming traffic. Hitting a truck in the right-hand turn lane.

"They got it pushed back into the parking spot, and it started to roll back again, I jumped out, and I'm pushing on it, and I'm screaming for somebody to call the cops because they're drunk," said Ireland.

That's when Mclain tried to talk sense into the alleged impaired driver.

"I was leaning on the window saying take it easy, take a breath, and the passenger grabs me, and the driver stomps on the gas," said Mclain.

For nearly 500 feet, Mclain was dragged while begging the passenger to let him go.

"I didn't reach for them, I was simply just trying to convince them to make the right decision and wait for police," said Mclain.

"One of their friends yelled out "dude you're drunk, you have to get out of here,'" said Ireland. "Soon as they pulled out I started screaming call the cops; he's dragging him down the road."

Road rash now covers Mclain's body, a head injury still lingering. Headaches were becoming so bad he spent last night in the ER getting a CT scan that couldn't rule out a possible aneurysm. The teens remain on the loose. Mclain now hopes someone will come forward before something like this happens again.

"What's next, are you gonna kill somebody?" said Mclain.

"What if they kill somebody next time, what if it's done around an elementary school, what if it is you or your family," said Ireland.

Phoenix police are investigating the crime and are asking anyone who may have witnessed it to contact them immediately.