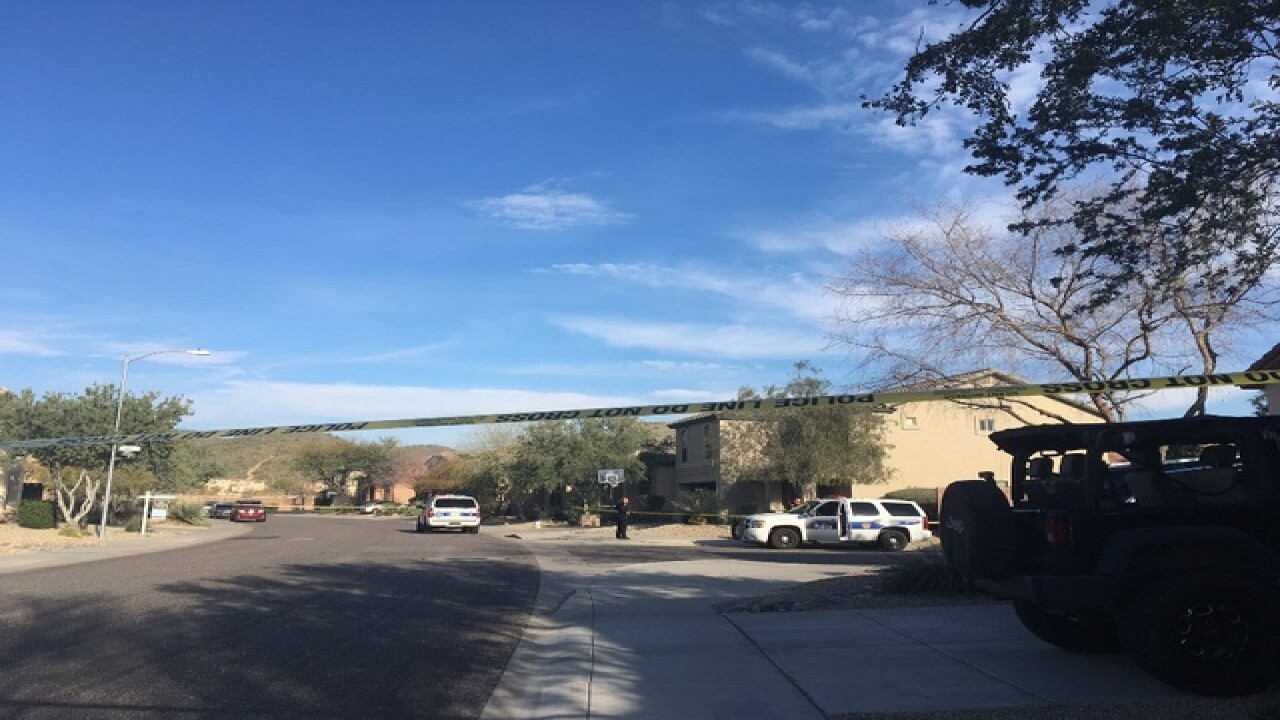 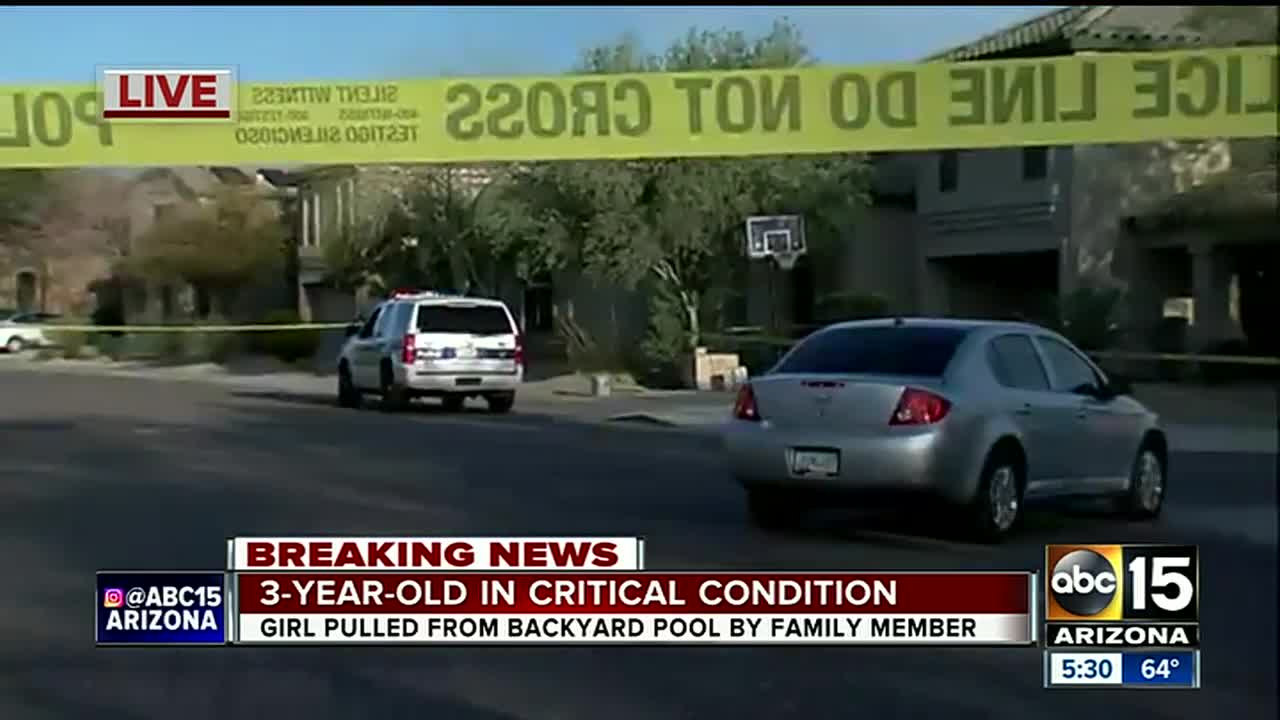 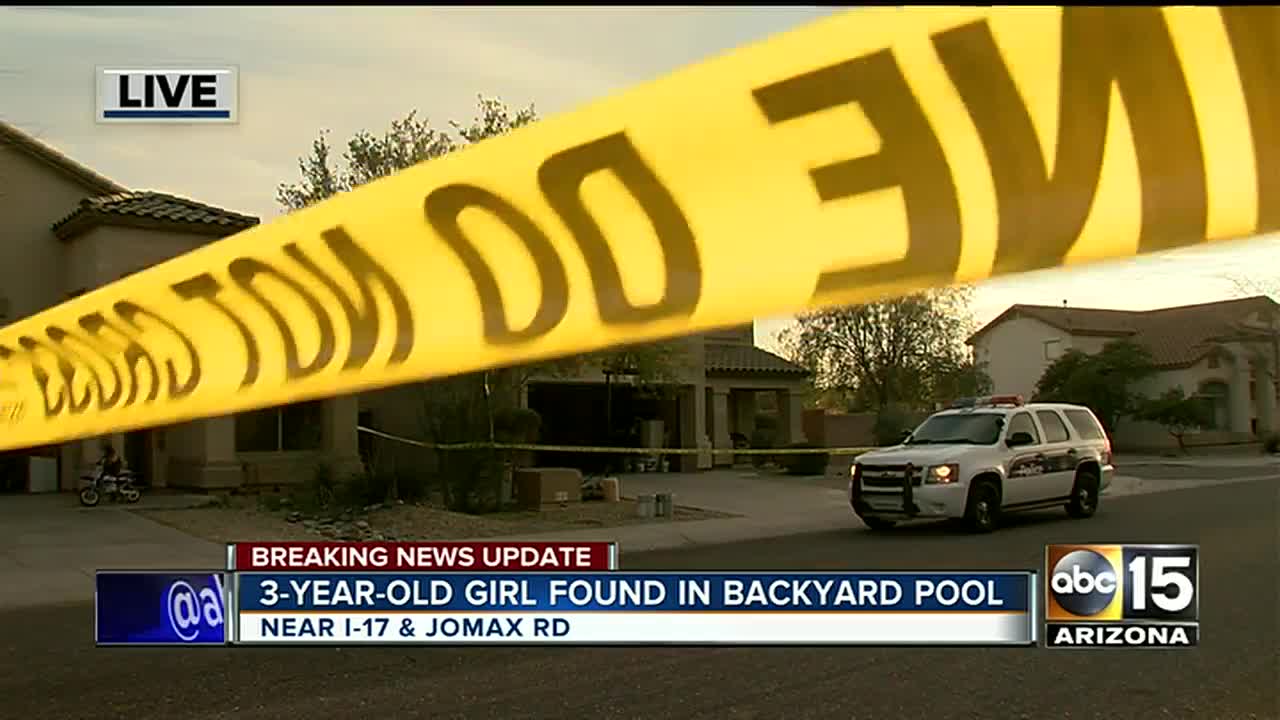 Authorities say a young girl was taken to the hospital after a "water-related incident" in the North Valley.

Phoenix firefighters responded to a home near Interstate 17 and Jomax Road around 3:30 p.m.

Firefighters say a 3-year-old girl was in critical condition but declined to provide further specifics.

The Phoenix Police Department said the child was pulled from a backyard pool by her father. A neighbor, who is a teacher recently re-certified in CPR, heard his cries and provided aid until emergency crews arrived.

Authorities estimate the child was in the water for about two minutes. There is no fence around the pool.

Foul play is not suspected.

Mary Turner is house-sitting for her brother, who lives next door to where the drowning happened.

"I came around the corner - tried to come this way, saw the yellow tape - so, I went around the opposite way and I came up and it included his house, so I was terrified that something happened here," she said. "All of the families in this area are really amazing people, so I'm sure they're all pulling together to make sure that that family is taken care of in the meantime."

"You can't, you can't be judgemental because you can't keep an eye on a child 100% at every moment, you just can't," Turner said.