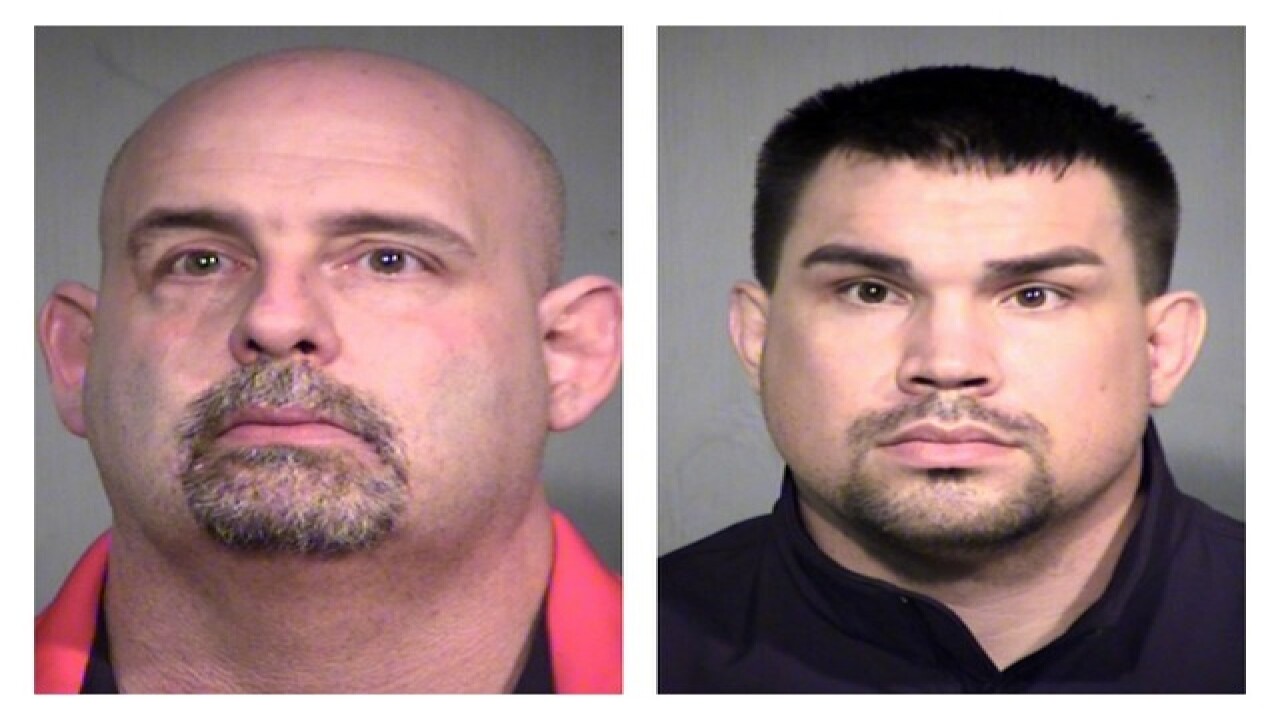 Officials have arrested two people in connection to the death of a Valley firefighter.

According to police, the video shows Draper assaulting Jones by pushing him to ground and then striking him several times.

Police said Jones was unable to defend himself because of a pre-existing injury and a brace on one of his arms.

After the assault, a manager at the club, 42-year-old Timothy Piegari, was seen disconnecting the video surveillance equipment.

According to the Daisy Mountain Fire Department, funeral services are scheduled for Friday, January 27 at 10 a.m. at Christ’s Church of the Valley in Peoria.

If you have any more information regarding this incident call Phoenix police at 602-262-6141 or Silent Witness at 480-WITNESS.