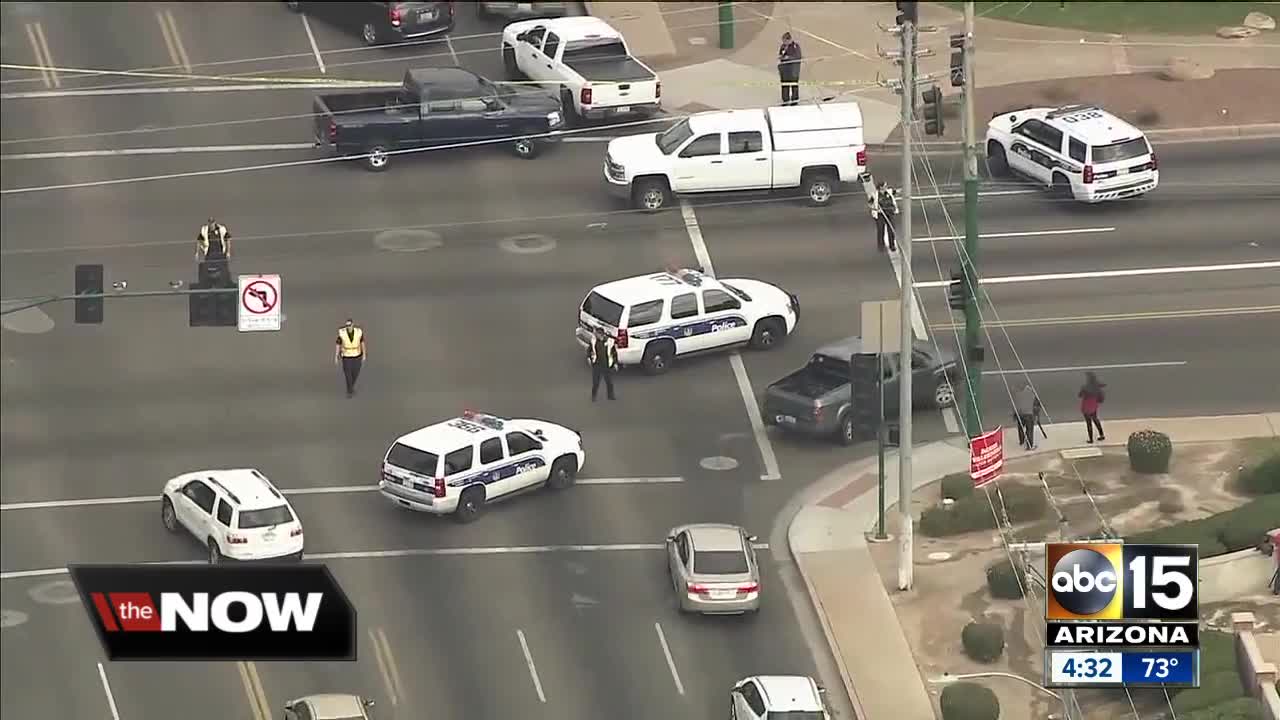 The incident occurred sometime before 10 a.m. near 7th Street and Northern Avenue in Phoenix.

Police say the suspect was believed to be involved in a Phoenix home invasion overnight. Police found a man who matched the description leave a home south of that intersection and turn north on 7th Street.

After following the suspect to the area of Northern Avenue, police say the suspect, later identified as 47-year-old Michael Jolls, pointed a handgun at an officer. Jolis then started walking south and pointed the gun at another officer, who fired his rifle.

Two sergeants arrived and saw the suspect pointing a handgun at an officer and bystanders, leading them to fire their rifles and hit Jolls.

He was pronounced dead on scene.

ABC15 crews were at the scene of the home invasion early Wednesday morning, where a suspect stole a family's vehicle and took off. However, as of Wednesday night police have not said whether Jolls was connected to that case.

Officials say no officers were injured in the incident. The officers who fired their weapons are all men who have between 13 and 24 years of service with the department, according to a police spokesman. Their names have not been released.

North 7th St is closed from Northern Ave to Harmont Drive while @phoenixpolice is investigating an Officer Involved Shooting In the area of 700 East Orangewood Ave. #PhxTraffic pic.twitter.com/zoEVyFSVMw