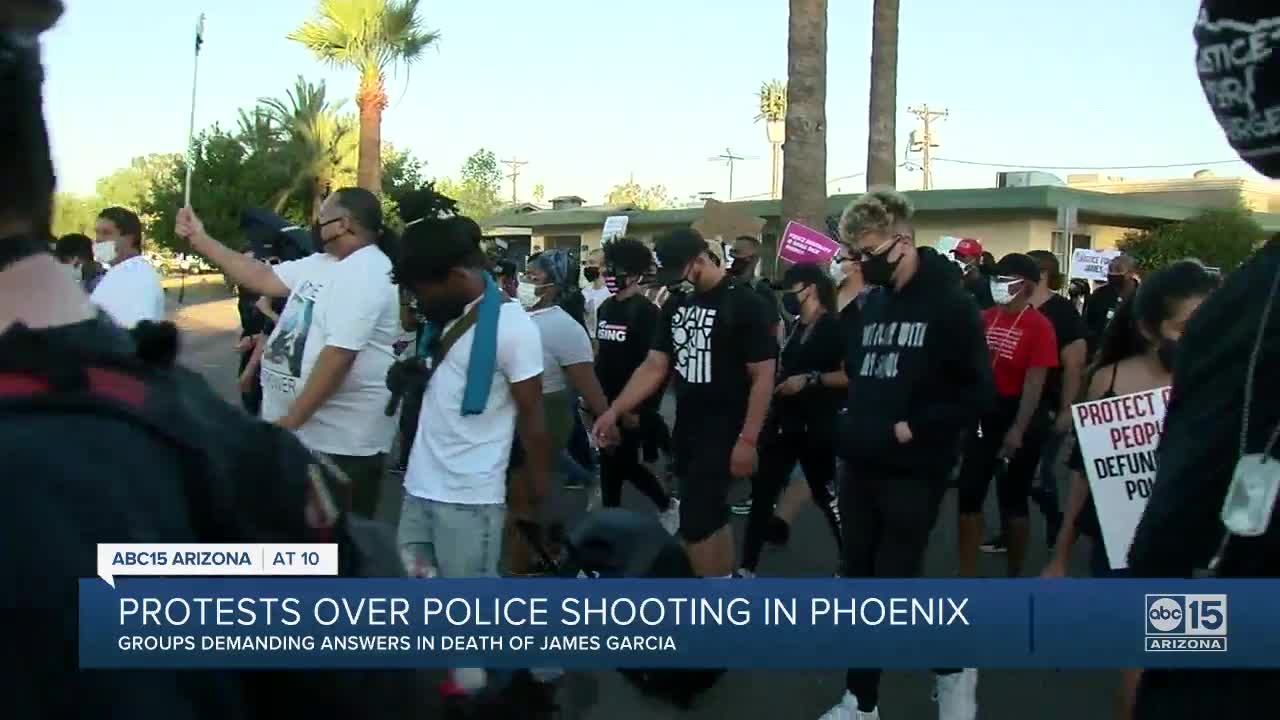 Groups are demanding answers in the police-shooting death of James Garcia. 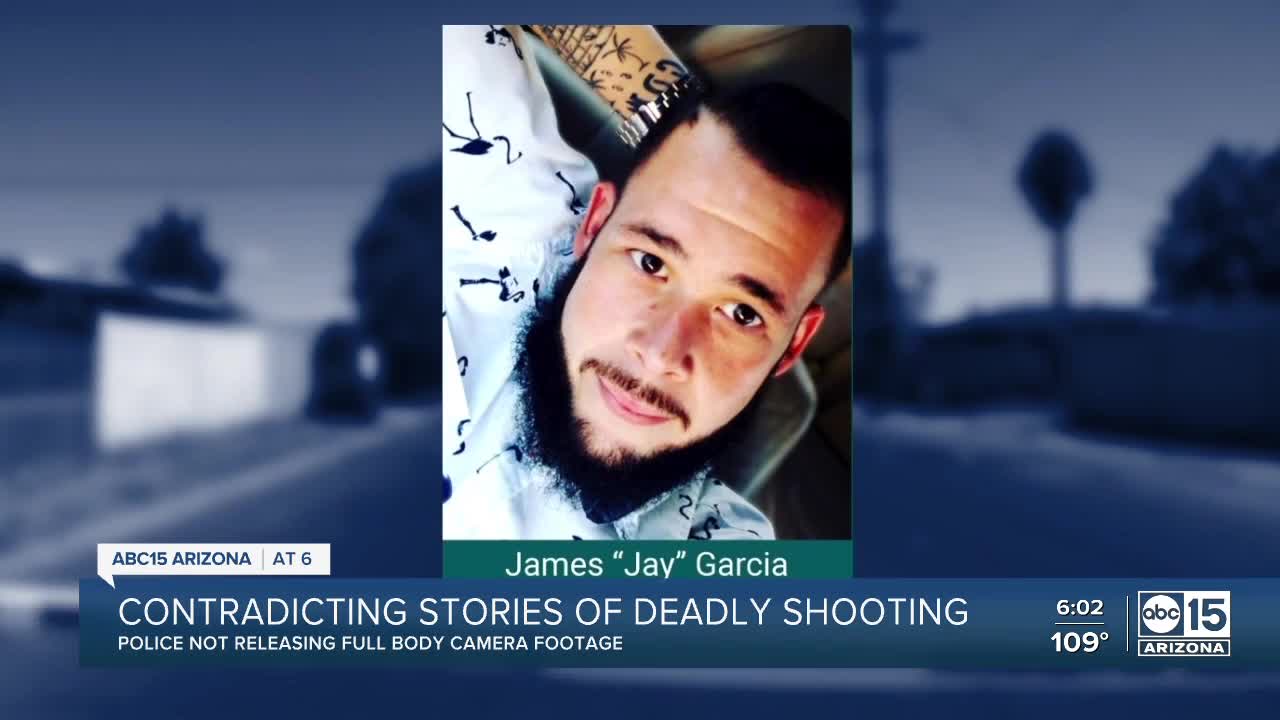 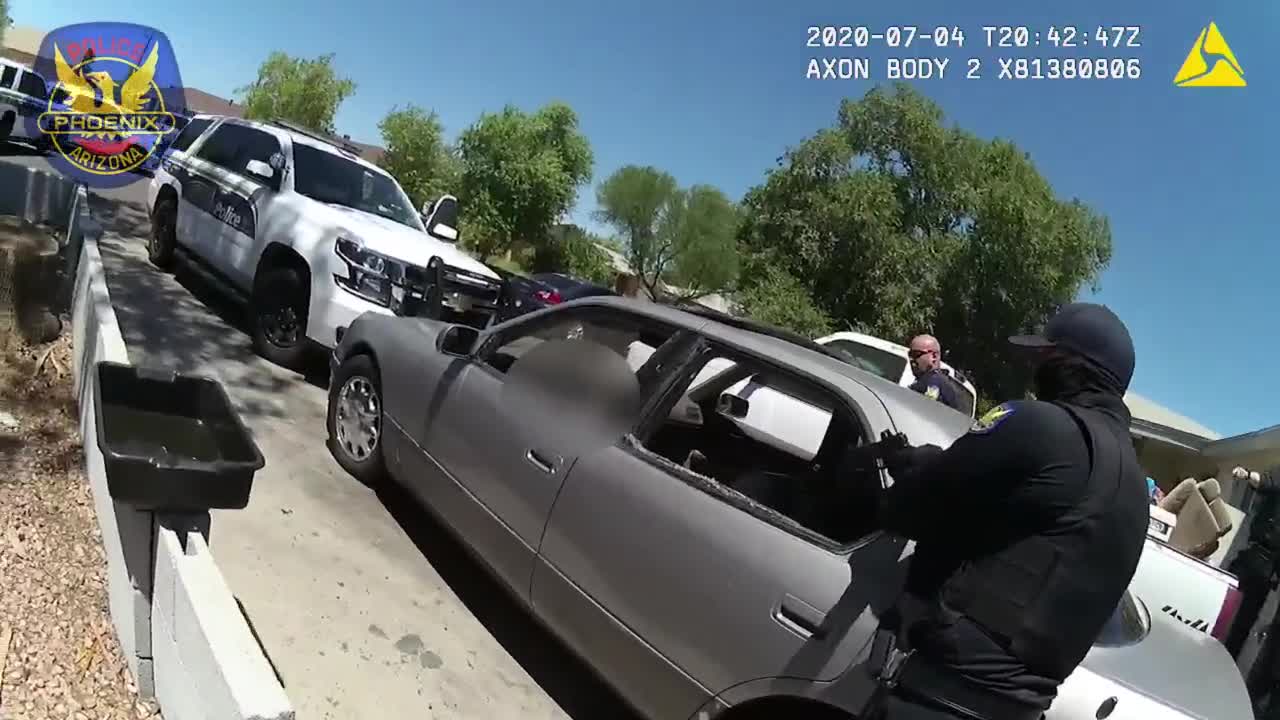 Organizers held a vigil at 6 p.m. Monday, near the location of where Garcia was shot.

WATCH LIVE VIDEO FROM THE PROTEST BELOW:

Prior to the vigil and march on Monday, Phoenix police officials released partial body camera footage of the incident, which appeared to show the moments following the shooting, in which a handgun is retrieved from Garcia's lap in the vehicle.

Watch the partial body camera video in the player above.

Phoenix police release video showing an officer removing a gun from #JamesGarcia's lap.
They do not release any video of the actual shooting - where they claim he pointed the gun at officers - saying it would jeopardize the investigation. https://t.co/67unTFf9hI

On July 4, officers went to a home near 57th Avenue and Indian School Road after reports of a man threatening people with a knife.

When police arrived on scene, the victim directed them to a home nearby where the suspect was sitting outside in his car.

Officers approached the man and explained they were investigating an aggravated assault and asked the man to get out of the vehicle.

Police say the man refused, rolled up his windows and took out a handgun.

Officers told the man to drop the gun, but instead he began to lift it. One officer saw the gun pointed at another officer and broke the rear window trying to distract the suspect.

Two other officers fired their weapons into the vehicle and shot the man. Police say he was transported to the hospital where he later died from his injuries.

“Jay was a good kid quiet, kind of afraid of his own shadow sometimes,” said Lisa Whener, who said the shooting happened in her driveway.

Whener says Garcia parked in her driveway while waiting to pick up her son, and he must have dozed off. Several people who lived at the house said Garcia was not the suspect police were seeking.

“There is no way he would’ve pulled a gun on six officers,” witness Robert Lucero said.

Another witness captured video of what lead up to the shooting on his cell phone. One officer is heard swearing and threatening to shoot Garcia.

Multiple people said they saw Garcia with his hands on the steering wheel, and they say he only moved when one officer smashed in a rear car window. “He jumped like that, and when he did they opened fire,” Whener said.

Police have not released body camera video of the shooting, or what led up to it.

Garcia, 28, is the son of a Cartwright School Board member, ABC15 has reached out to the family’s attorney seeking comment.