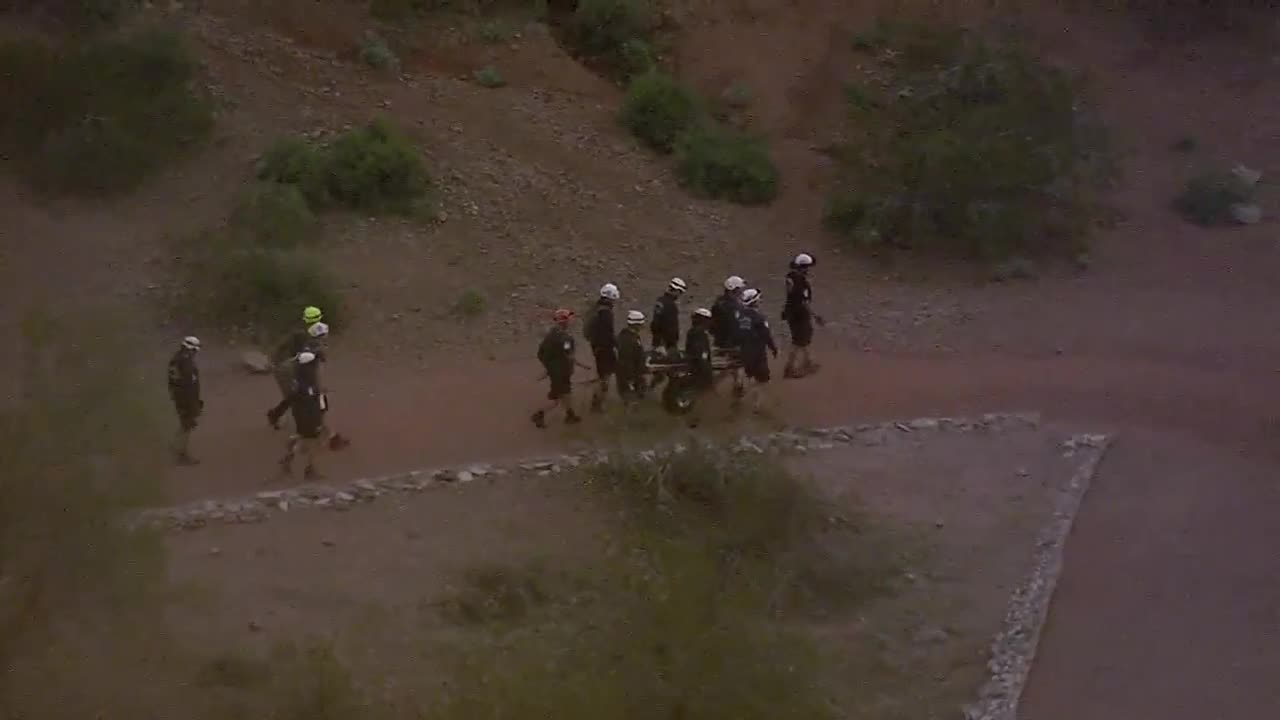 Rescue crews from Scottsdale, Phoenix and Tempe worked together to rescue a man hurt on Papago Park mountain.

PHOENIX, AZ — A man is recovering after being rescued from Papago Park.

Phoenix, Scottsdale and Tempe firefighters responded to a mountain rescue at Papago Park on Friday around 6:30 a.m.

Authorities say a 19-year-old man fell into the hole in the rock and hit his head. He was reportedly knocked unconscious, had hip and head pain and was stuck at the bottom of the hole.

When rescuers reached him he was alert, but had to be carried down the mountain. He was taken to a hospital to get checked out.