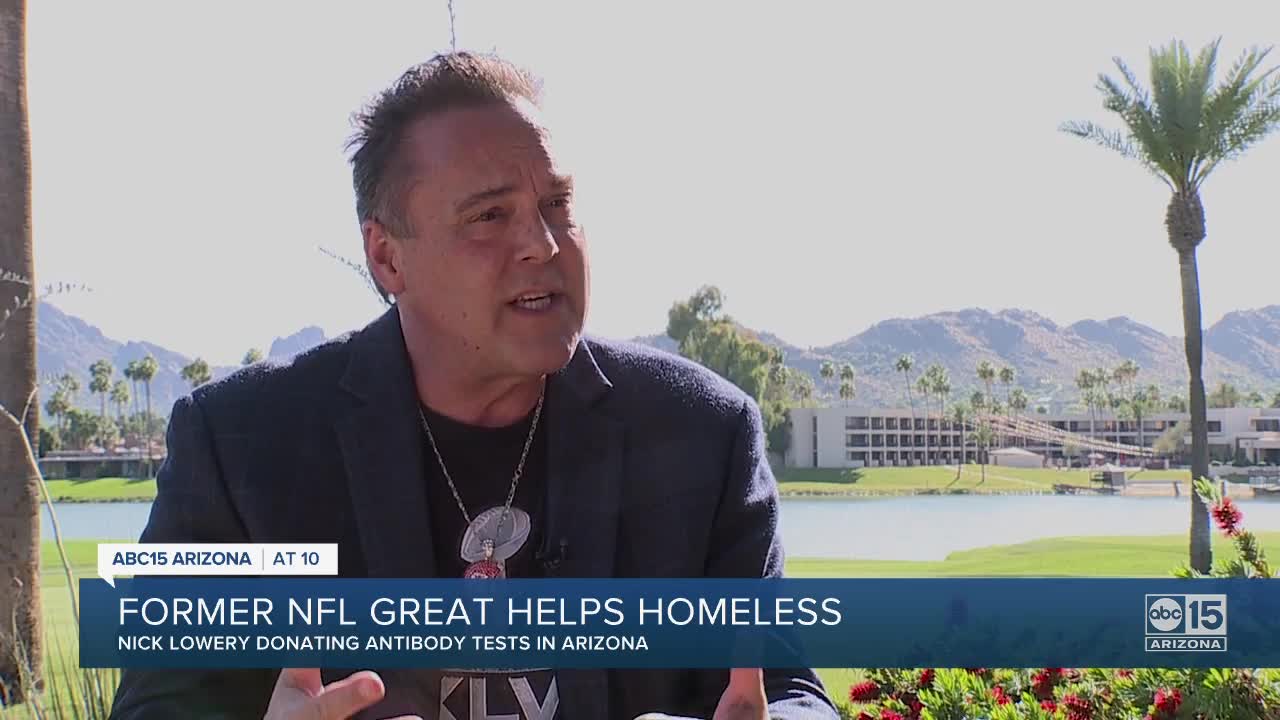 A former NFL star and Kansas City Chiefs Hall of Famer hopes with a pinprick he can not only map out the exposure of the coronavirus within the Phoenix homeless community but keep those with underlying health issues from suffering its deadly consequences.

PHOENIX — A former NFL star and Kansas City Chiefs Hall of Famer hopes with a pinprick he can not only map out the exposure of the coronavirus within the Phoenix homeless community but keep those with underlying health issues from suffering its deadly consequences.

“Nobody cares about us, nobody's going to come to us to take care of us,” said Nick Lowery.

Lowery and his foundation Champions for the Homeless has hosted dinners, holiday celebrations, fundraisers and more for decades.

“I’ve learned a lot about the challenges of the homeless. To me, it’s the definition of how healthy a city is, a society is, how people look after the least,” said Lowery.

During this latest pandemic, he’s looking out for them again.

Along with Dr. Nancy Gaines-Dillard and her clinic, he’s donating more than 250 rapid antibody tests.

“This test only takes ten minutes, it’s 92 to 95 percent accurate and most importantly, it will give us a really clear sense of the demographics of the homeless population and how much the virus has penetrated this population,” said Lowery.

He plans to begin the tests at the St. Vincent De Paul's Resource Center, where 150 people will get tested, including staff.

“And then we’ll move on to Ozanam Center which has sixty elderly and the staff for them,” said Lowery.

A drop of blood and a small amount of reagent is all it takes to get results.

The test can reveal three things.

For every person who gets a test through Dr. Nancy’s integrative Medicine or peak health, a test for the homeless will be donated to St. Vincent De Paul in Phoenix.

They hope to test more than 1000 people by the end of May.

“We can celebrate that Phoenix is the first city in America to say our homeless also deserve to be tested, to know their situation and to get treatment as soon as possible,” said Lowery.