Workers concerned about potential COVID-19 exposure on the job 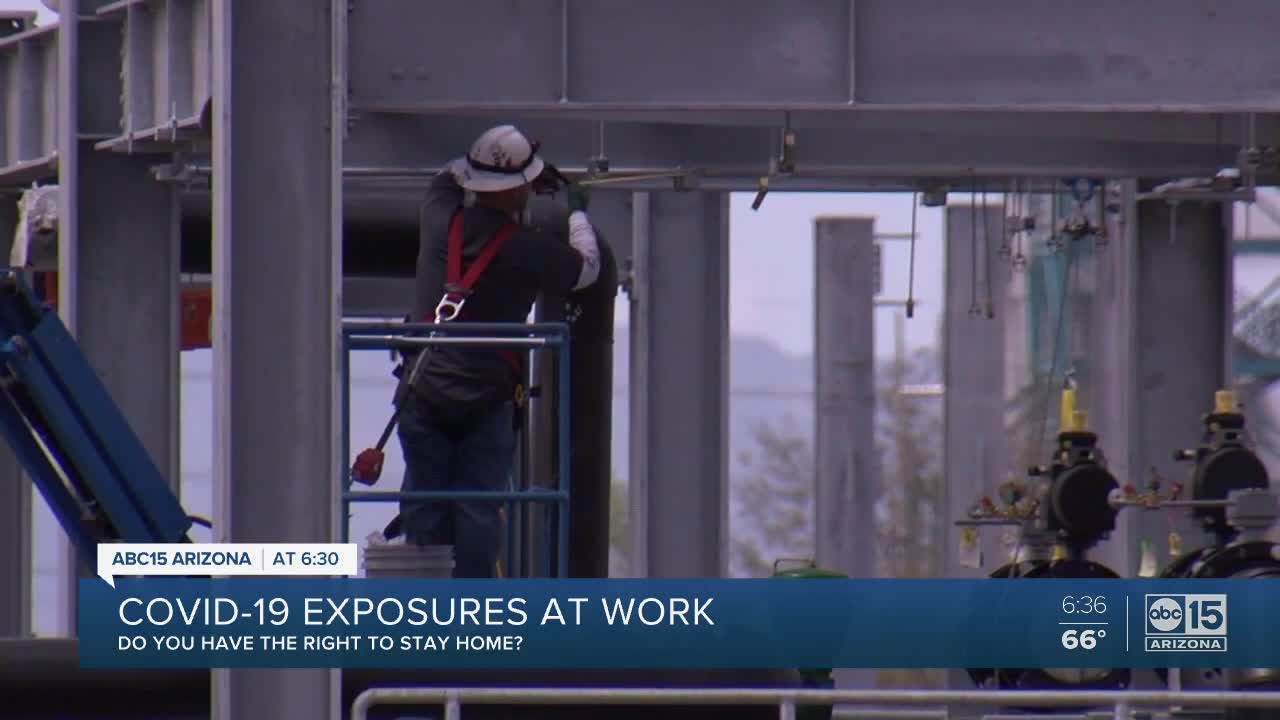 Can you stay home from work and keep your position if exposed to COVID-19 at work? 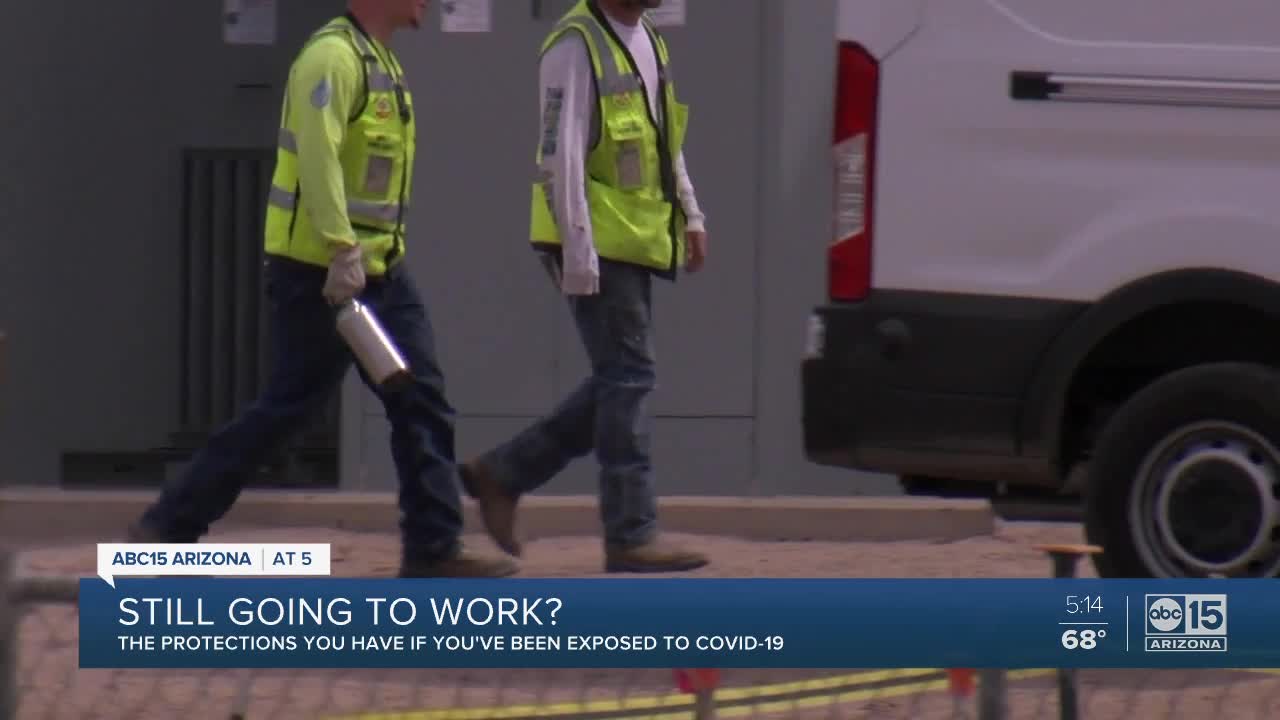 CHANDLER, AZ — While some of us can do our jobs from home the work still continues at construction sites like Intel's Ocotillo campus in Chandler.

Workers tell ABC15 they've been informed of at least one potential COVID-19 case at the site and wonder what to do if they are concerned about exposure.

Quacy Smith with Smith & Green Attorneys at Law in Phoenix, says for most healthy people there aren't many protections.

"It's a harsh answer but the laws, the way they are written right now, generally that's going to be the general answer," he said.

But he says if you have an underlying condition the Americans with Disabilities Act (ADA) may protect your job if you need to leave to avoid exposure.

"At that point you are under the ADA because if they have someone at the work site who was tested (positive) for COVID-19, then you going into the work site places you in a direct threat."

He says Families and Medical Leave Act (FMLA) is also an option if are a caregiver for someone who is has an underlying condition and you are afraid of passing the illness on to them.

"(You) could say I need to be absent from work because I take care of my grandmother, my child and I can't afford the risk of taking this disease home to them because they have underlying illness," Smith said.

Protections are not automatic and Smith says you should confer with your human resources department before taking advantage.

Intel did confirm that a worker tested positive for COVID-19 and when we asked what measures it was taking for contractors on its Ocotillo site, spokesperson Linda Qian sent a statement saying in part, "...we are working closely with our general contractors to implement social distancing, increased cleaning, and other protocols to safeguard the health of all workers on site."

This story has been updated to reflect that Intel confirmed the positive COVID-19 on March 25.