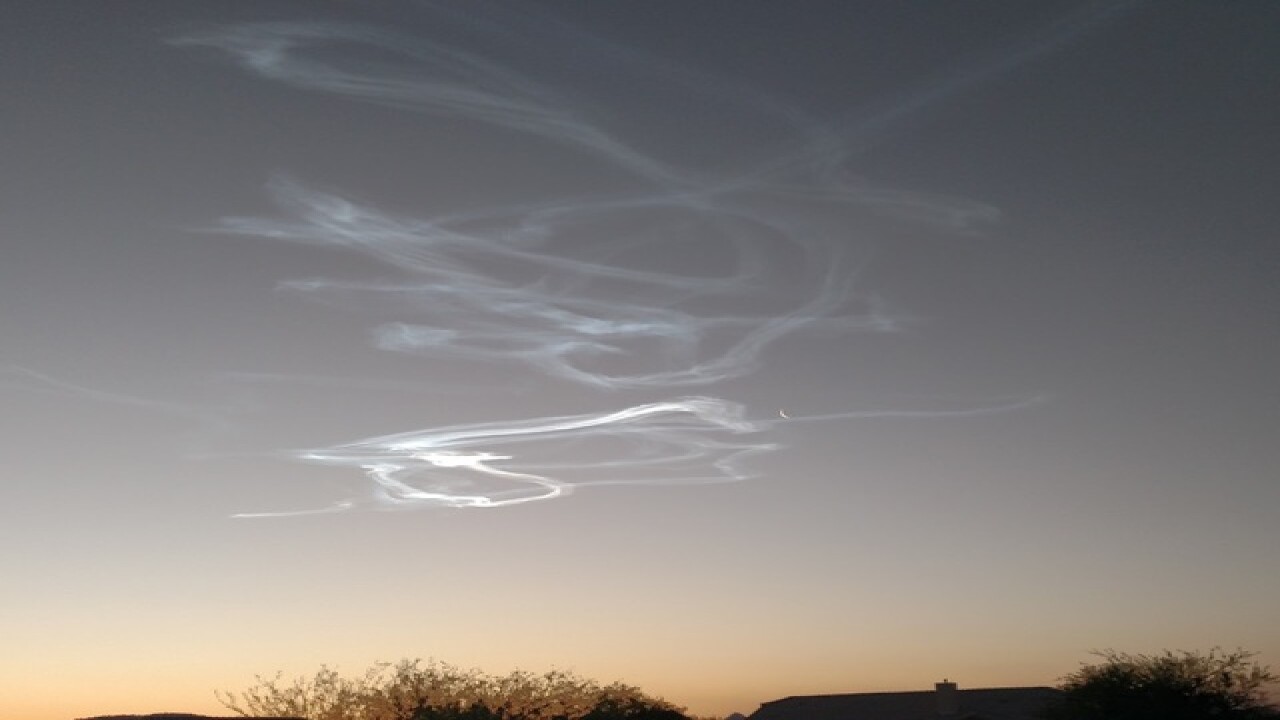 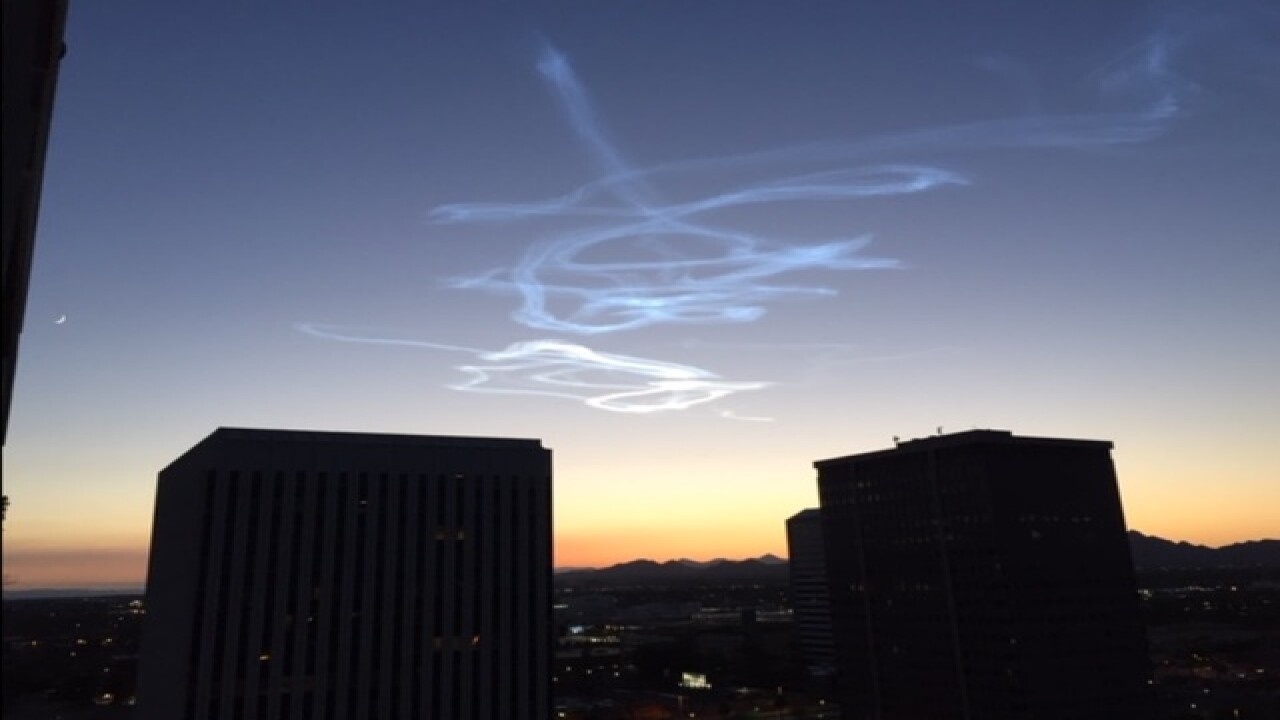 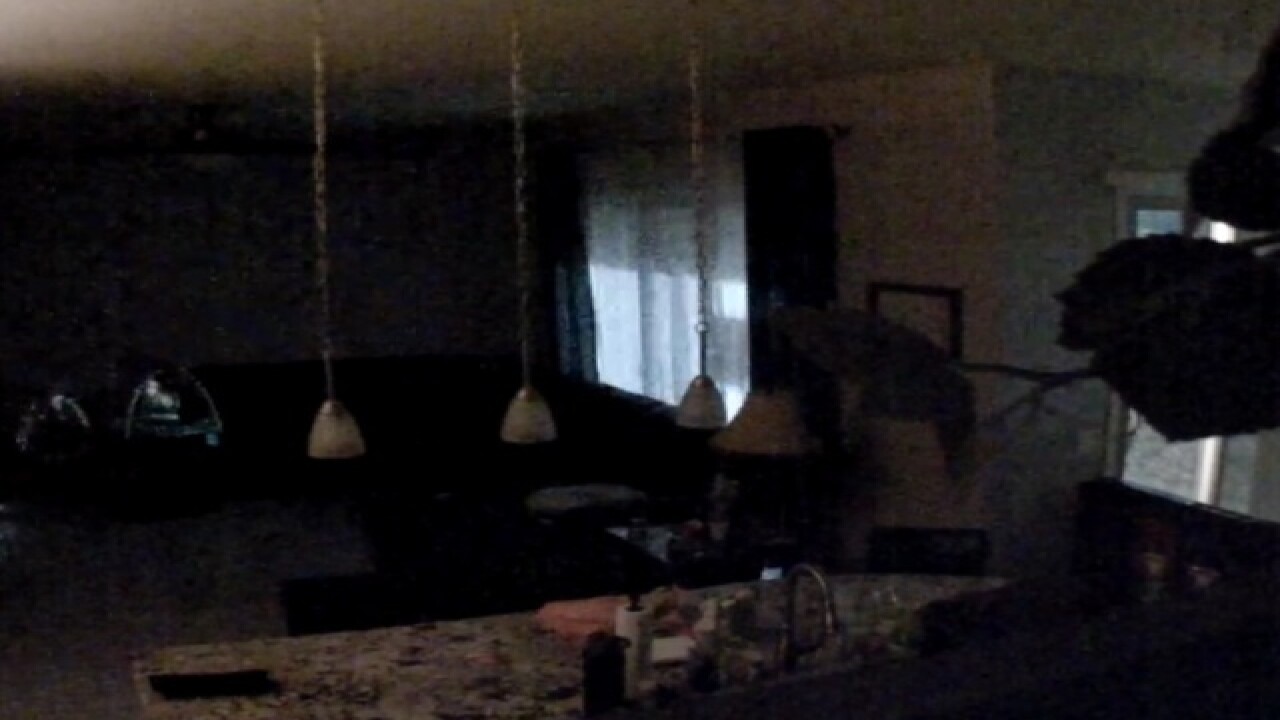 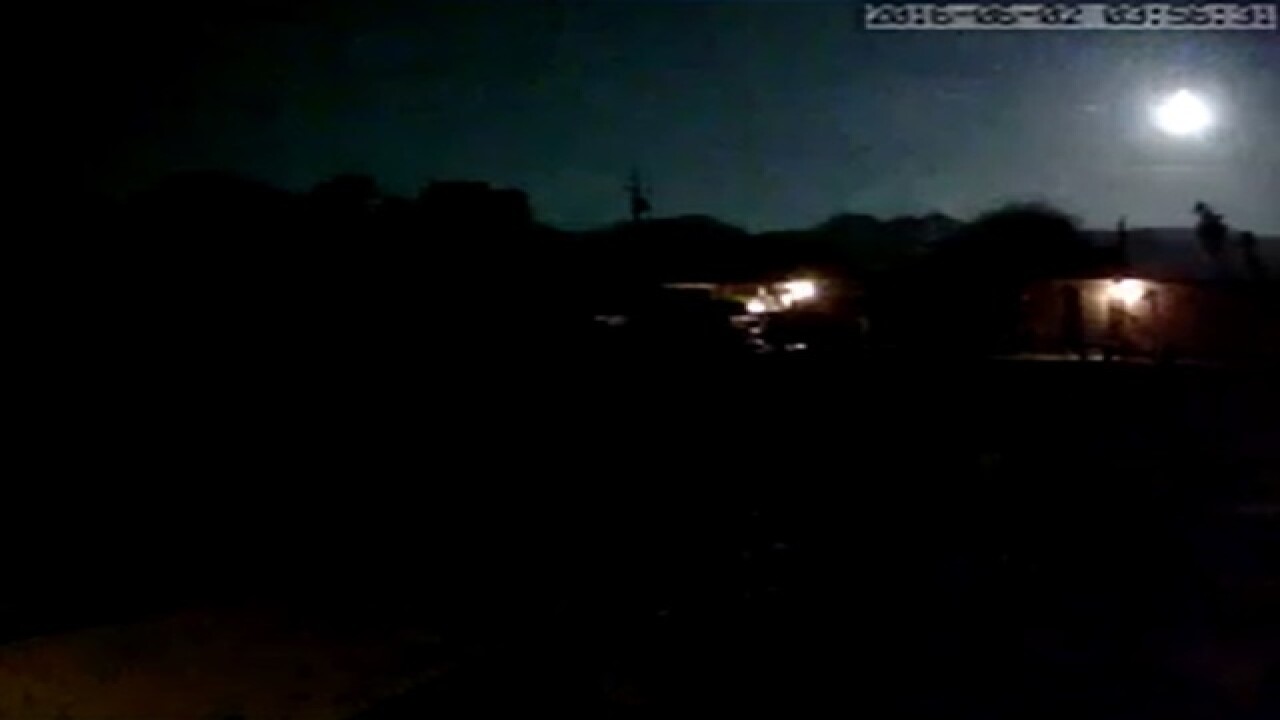 DID YOU SEE THAT?!

A huge streak of light brightened the sky early Thursday morning, prompting worry and curiosity from many Valley residents.

Watch the videos in the player above to see different views from ABC15 viewers around the Valley.

The first reports came in right around 4 a.m. from around the Valley and even in areas like Yuma, Flagstaff and Pine Top. Several callers also reported feeling the ground shake.

After dawn, a strange trail of cloud-like patterns was left in the sky.

NASA estimates a small asteroid, approximately 10 feet in diameter with a mass in the tens of tons, entered the atmosphere above Arizona just before 4 a.m. Reports place the object 57 miles above the Tonto National Forest, east of Payson. It was last seen 22 miles above the forest.

According to NASA, there were no reports of any damage or injuries, only light and sonic booms.

NASA believes there are meteorites scattered on the ground north of Tucson.

NASA is having difficulties obtaining data on the fireball because many cameras were saturated by the bright light.

The Arizona Geological Survey's seismic network didn't pick up any impacts. Michael Conway of the survey says that could mean the object broke up in the sky and that the impacts of any remnants were too small to be recorded.

Astronomy expert Steve Kates, better known as "Dr. Sky", said it's a very likely chance that it was a meteor bolide, meaning "brighter than the sun."

Laurence Garvie, curator of the Center for Meteorite Studies at Arizona State University, says radar footage shows that meteorites may have fallen to the ground early Thursday morning near the eastern Arizona community of Cibecue.

If you have photos or videos, please send them to share@abc15.com. Check out some of them below:

Didn't see the flash but my windows shook for a good 10 seconds. Wish I had seen it.This is all that's left. #abc15 pic.twitter.com/hde1fZZ77u

So I might have missed the meteor but here's surveillance video from MLK Jr. Elem School in Phx. @abc15 pic.twitter.com/7cFV0zj7or

Way cool! Andreww Tegga sent this video of the possible #meteor from his dash cam this morning. #abc15 pic.twitter.com/2bfIZ2XvCp

Broad daylight? Nope. We took this snapshot from surveillance video of the possible #meteor light over #Phoenix. pic.twitter.com/gztrZwE7e0

This video from Anna Gutierrez shows a slowed down version of what experts believe was a #meteor in the #Arizona sky around 4 a.m. #abc15 #abc15arizona #phoenix #video #skylovers