"We can’t afford for it to spread": Arizona sheriff’s offices preparing for COVID-19 behind bars 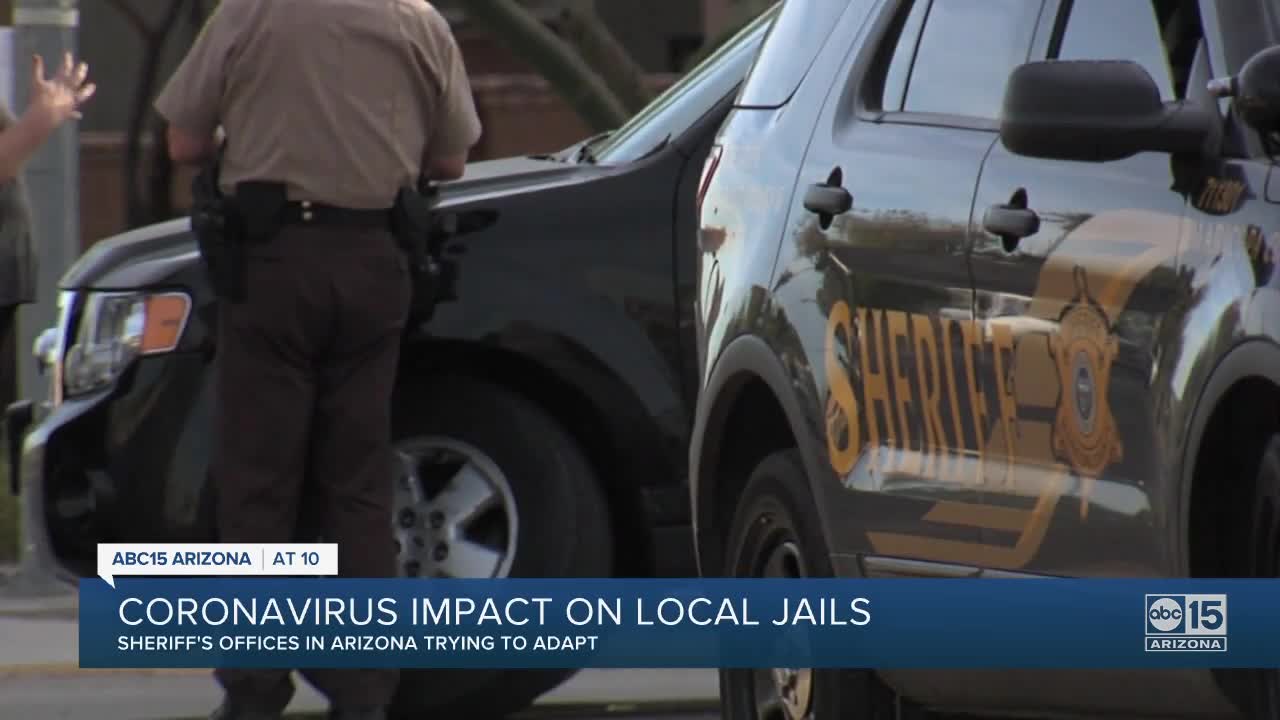 Sheriff's offices in Arizona trying to adapt to be prepared for the coronavirus.

PHOENIX — Coronavirus tests have been tough to come by in Arizona, and the shortage extends to the state's sheriff's offices.

The organizations responsible for thousands of men and women detained in county jails have only a handful of COVID-19 tests, and admit they need to ration them.

Every day roughly 200 people are booked into Maricopa County's five jails. Each new booking brings with it the possibility of a COVID-19 breach. If the virus got inside, it could infect the hundreds of employees and 7,500 inmates.

"My fear is not if, it is when," said Maricopa County Sheriff Paul Penzone, who knows at any moment the deadly virus could bring havoc to his jails.

“We can’t afford for it to spread,” Penzone said. “It’s an absolute high level of concern, and a high priority."

Right now the county does not have nearly the number of tests needed to quickly identify and isolate the virus.

MCSO says it has 15 COVID-19 tests on hand if they need to test inmates. Meanwhile, neighboring Pinal County has ten tests.

Neither county says they have tested any inmates yet, but both say they are screening new inmates for symptoms when they arrive.

"We’ve added medical screenings for coronavirus, which means we are looking at symptoms, we are taking their temperature, [and] we have a questionnaire," said Chief Deputy Matt Hedrick. "This is a controlled environment, so it’s like the safest place for us - we know what’s going on here. These [roughly 550] inmates have been here for a while."

Already the sheriff's offices are working to reduce their jail population, telling deputies to think twice before booking misdemeanors and instead give warnings or just a ticket.

Maricopa and Pinal counties have not started releasing inmates yet, but Coconino County let out 50 nonviolent offenders this week, bringing its total 'inmate population' down to 400.

“We’ve discussed the future and what it may look like, and would it entail that type of procedure,” said Hedrick.

“Absolutely we need to try and manage the reduction of our jail population in a very thoughtful and safe way,” said Penzone.

But Penzone said he favors fewer bookings for misdemeanor crimes as opposed to releasing inmates. He told his deputies to "use their discretion" and encouraged them to write citations or "long form" paperwork for future prosecution, as opposed to immediate booking, which adds to the risk of COVID-19 entering the facilities.

"[Releasing inmates] is not something I am considering right now, because I want to make sure that public safety is aligned with public health," said Penzone. "Dangerous people are dangerous people and those who commit crimes still have to be held accountable."

Penzone says it is inevitable that COVID-19 will make its way into an Arizona jail, if it has not already.

As of now, no deputies or staff at the Pinal and Maricopa County Sheriff's Offices have been tested, but a handful have self quarantined after going on cruises or traveling to Europe.

Maricopa County Attorney Allister Adel says her office is assessing which cases they charge now, given the need to reduce the jail population.

A lot of jail time is being delayed across the state. For example, if the person was convicted of a DUI and has to do a month in jail, in some cases those 30 days are being postponed to a later date.

As for the inmates across Arizona, many are still able to do video calls with family and friends. But almost all the in-person family visits and jail volunteer programs have been canceled.