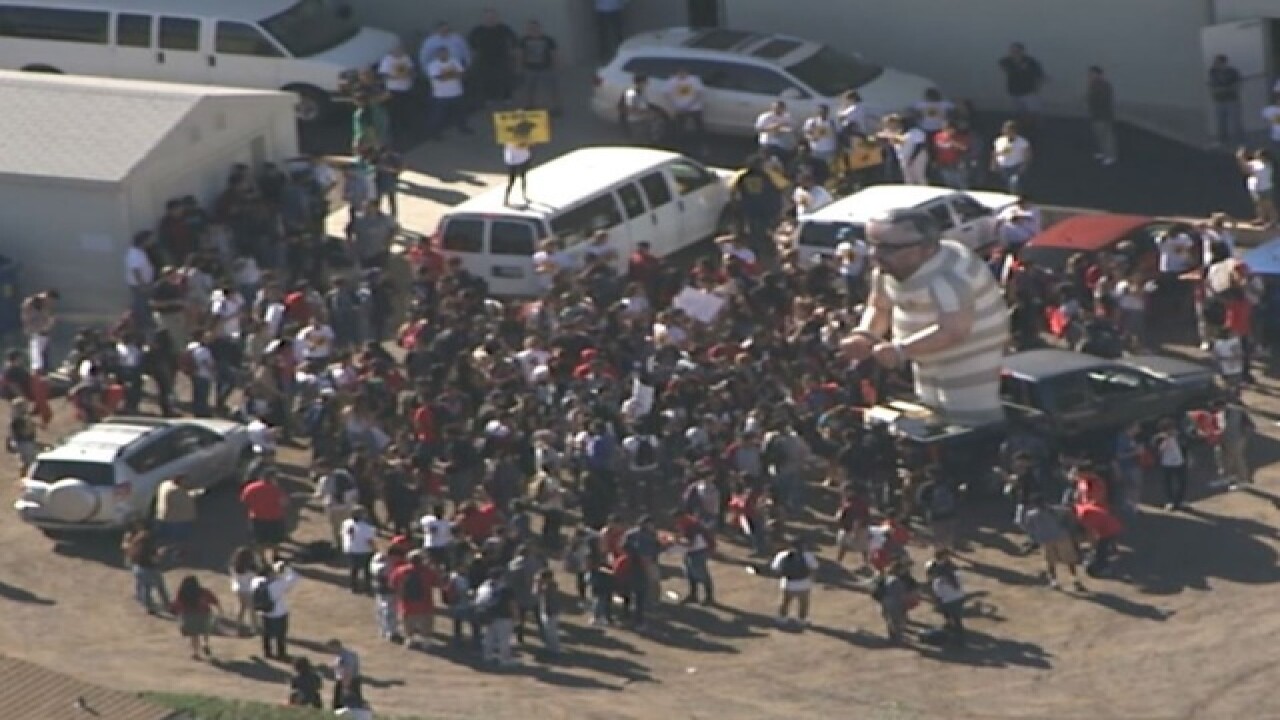 A student with the group tells ABC15 the students planned to canvas voters and protest against Sheriff Joe Arpaio and Donald Trump.

Students not old enough to vote donning T-shirts that say "Arrest Arpaio" were holding signs depicting the longtime sheriff as a pig in a jail uniform.

The students were cheering as cars honked and held signs that said "Vote against hate."

So far the schools have not made any comment about the walkouts.