Emotions run high at community meeting over use of force in shoplifting, PD chief to oversee investigation 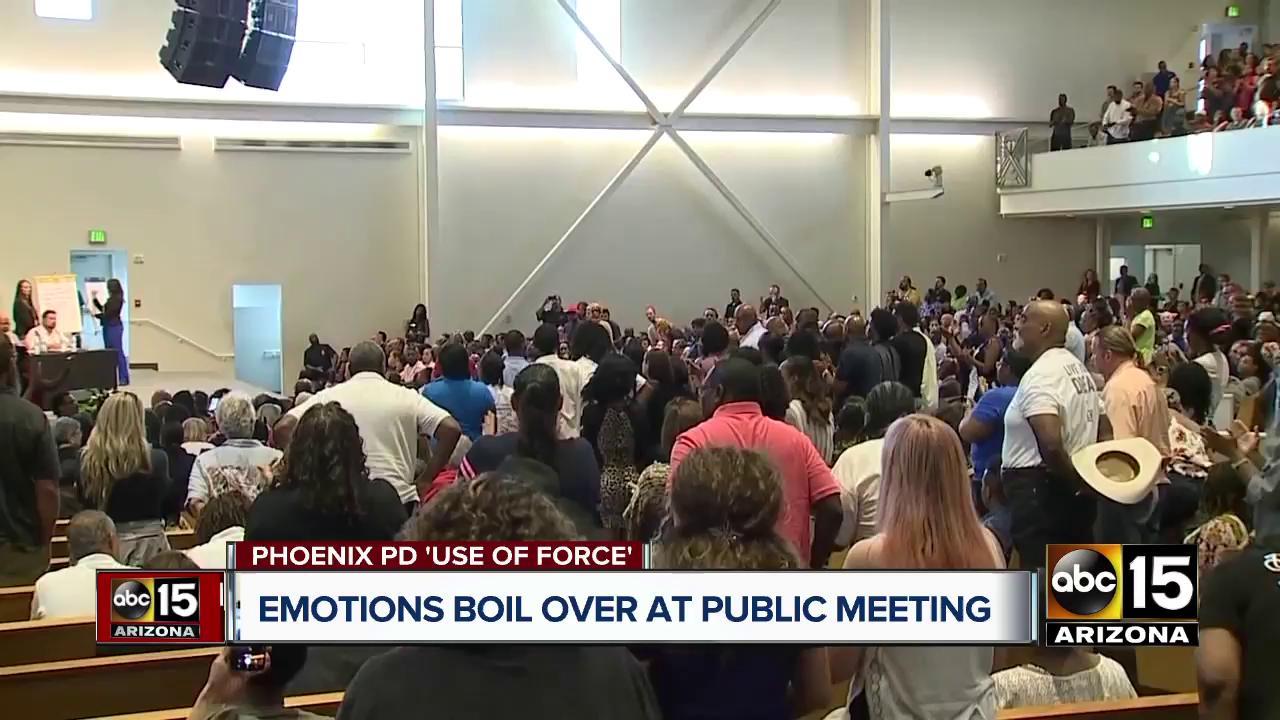 Emotions boil over at public meeting about Phoenix police use of force incident. 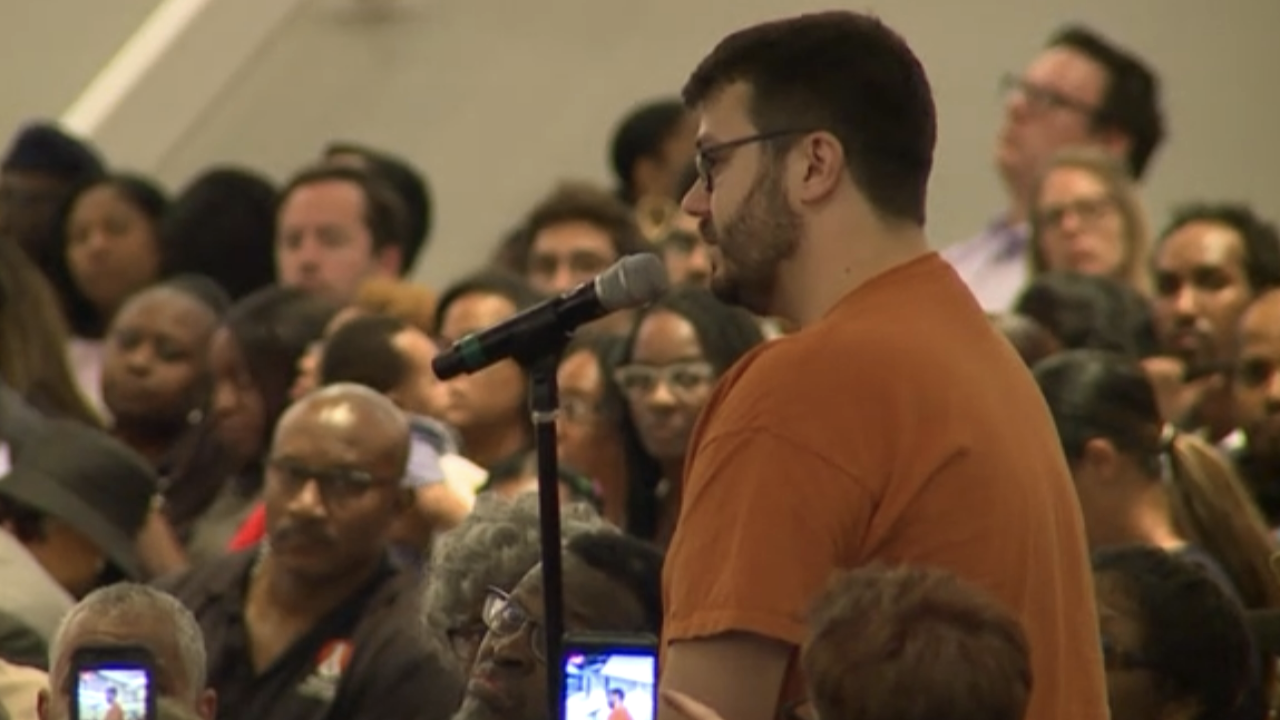 PHOENIX — Police Chief Jeri Williams promised change in her department after being booed by some of hundreds of people gathered Tuesday night to discuss a videotaped police encounter that has caused a national outcry.

ABC15 has confirmed that Phoenix Police Chief Jeri Williams has elected to personally oversee the internal investigation into the officers involved in the incident. Typically, internal investigations of this sort would be overseen by the assistant chief, who would report to Chief Williams.

The meeting at a downtown church was called by the city in the wake of the release of a bystander's video of police officers who pointed their guns and shouted obscenities last month at a black family.

"Real change starts with the community," Williams said to a sometimes hostile crowd comprised mainly of blacks and Hispanics.

"Real change starts with the firing of the officers! Fire them!" one woman shouted toward the stage, where Williams, who is herself black, was seated next to Mayor Kate Gallego and other Phoenix city leaders.

Appearing frustrated at times, Williams assured those gathered that the meeting would not be the last. "We are here to listen, we are here to make change," she said.

The couple has called for the officers to be fired. Ames addressed the crowd briefly, drawing applause when he said he and his family were lucky to be alive after the incident. "No one should ever try to justify what happened that day," he said. "We matter," said Harper, holding the couple's 1-year-old.

The father of Jacob Harris, a black 19-year-old man who was shot and killed by a Phoenix officer in January following an armed robbery at a fast food restaurant, also spoke at the meeting along with others who have had loved ones killed in police-related shootings.

Earlier Tuesday, Phoenix police released surveillance video aimed at backing up their assertion that adults and not just a child were shoplifting before the incident. The store video is difficult to follow because it has been edited and the subjects' faces are blurred. It shows a man taking something from a display rack and examining it, but it's unclear what happened to the package when he walked off camera. Another snippet of video later shows a little girl with a doll in a box walking out of the store accompanied by adults.

A police statement last week about the incident in late May states Dravon Ames told police he threw a pair of stolen underwear out of his car. Police also say a woman traveling in a different vehicle was arrested separately for stealing aluminum foil. A bystander's video that came to light last week shows officers aiming guns and yelling profane commands at Ames and his pregnant fiancee, Iesha Harper, as she held their 1-year-old daughter.

They say their 4-year-old daughter had taken a doll from a store without their knowledge. The store decided not to prosecute and no charges have been filed. The couple filed a $10 million claim against the city alleging civil rights violations as a precursor to a lawsuit. The race of the officers is not known.

Ames has a pending case on charges of aggravated assault of a police officer in an unrelated case that followed a traffic accident in suburban Tempe, Arizona, last year. Court documents say Ames unsuccessfully tried to kick officers several times when they arrested him on suspicion of driving under the influence of marijuana. One Tempe officer used a stun gun on Ames because he thought he was trying to grab the other officer's gun, according to documents.

Phoenix police have not responded to repeated questions about whether the officers in the videotaped encounter following the alleged shoplifting were aware of, or influenced by, Ames' earlier case.

Civil liberties attorney Sandra Slaton said Monday the prior case was irrelevant. The police chief has said an investigation into the officers' actions is under way. The Phoenix police union is urging calm, saying it will not express an opinion until the investigation is completed.

The bystander's video comes amid an investigation by police departments in Phoenix and other cities into a database that appears to catalog thousands of bigoted or violent social media posts by active-duty and former officers. Williams, has moved some officers to "non-enforcement" assignments while the department looks into Facebook posts she called "embarrassing and disturbing."