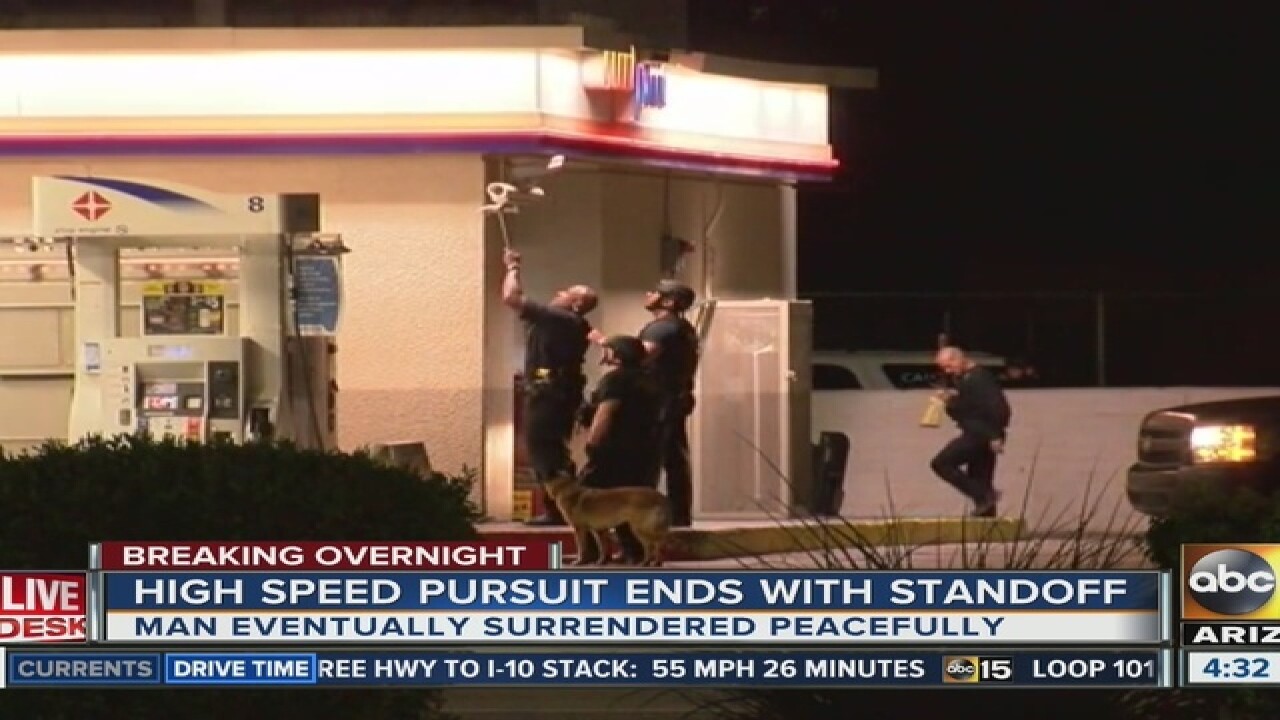 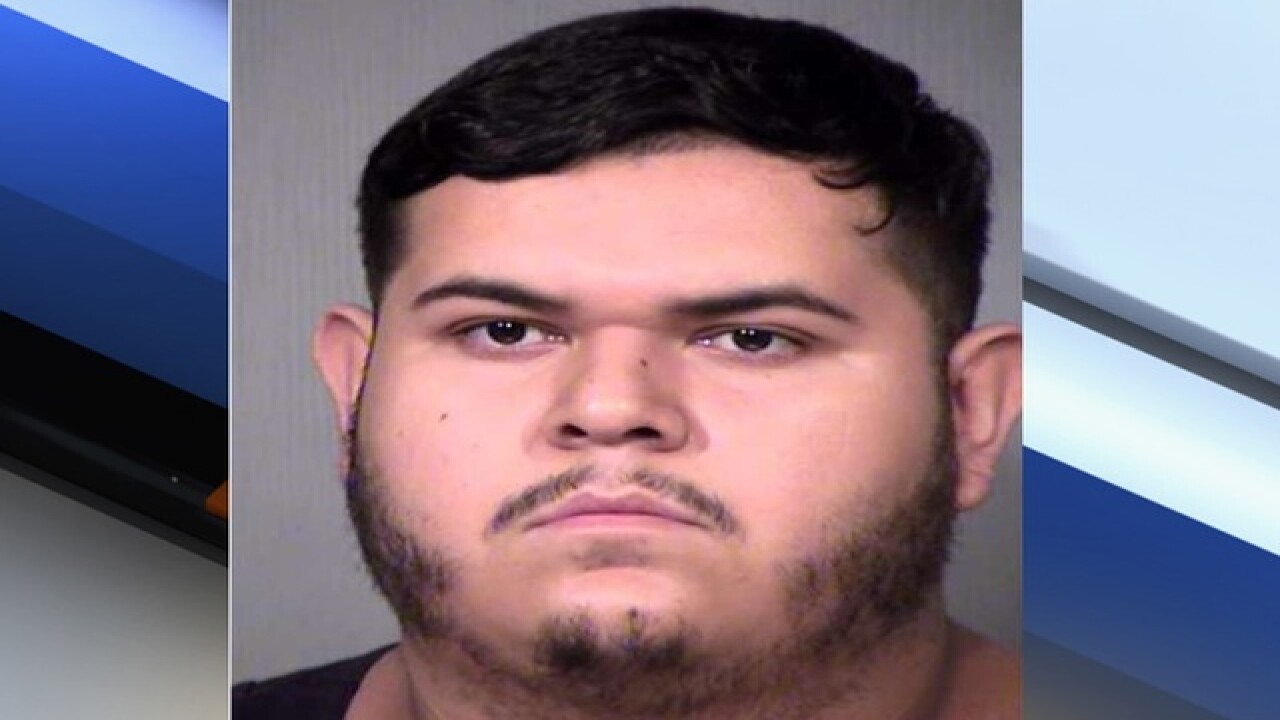 Phoenix police say a man with multiple felony warrants is in custody after leading officers on an overnight, multi-agency chase.

It all started as an attempted to stop 20-year-old Jesse Cisernos early Friday morning. But, officers quickly had to call for back-up with the Arizona Department of Public Safety and the police helicopter.

During the pursuit, speeds reached into the triple-digits.

"Vehicle is at 102 miles per hour now - cutting through traffic," a dispatcher told officers during the chase.

Cisernos was wanted on multiple warrants, including aggravated assault with a deadly weapon, three counts of endangerment, a marijuana violation and failure to appear in court.

He drove along I-10 and SR-51, apparently calling into the authorities as he drove.

"Subject has called and advised he does have a gun. Again, 12-51 - subject is armed," a dispatcher was recorded as saying over police communications.

That weapon was later identified as a rifle, according to police. Cisneros carrying it with him before he bailed out of his car near 32nd Street and Cactus Road at an AM/PM gas station.

Police surrounded the business and the SWAT team tried talking Cisneros down. They negotiated with him for an hour before he eventually surrendered.

Cisneros is now facing charges of unlawful flight from police, as well as a kidnapping, ransom and hostage charge - which is a class 4 felony.