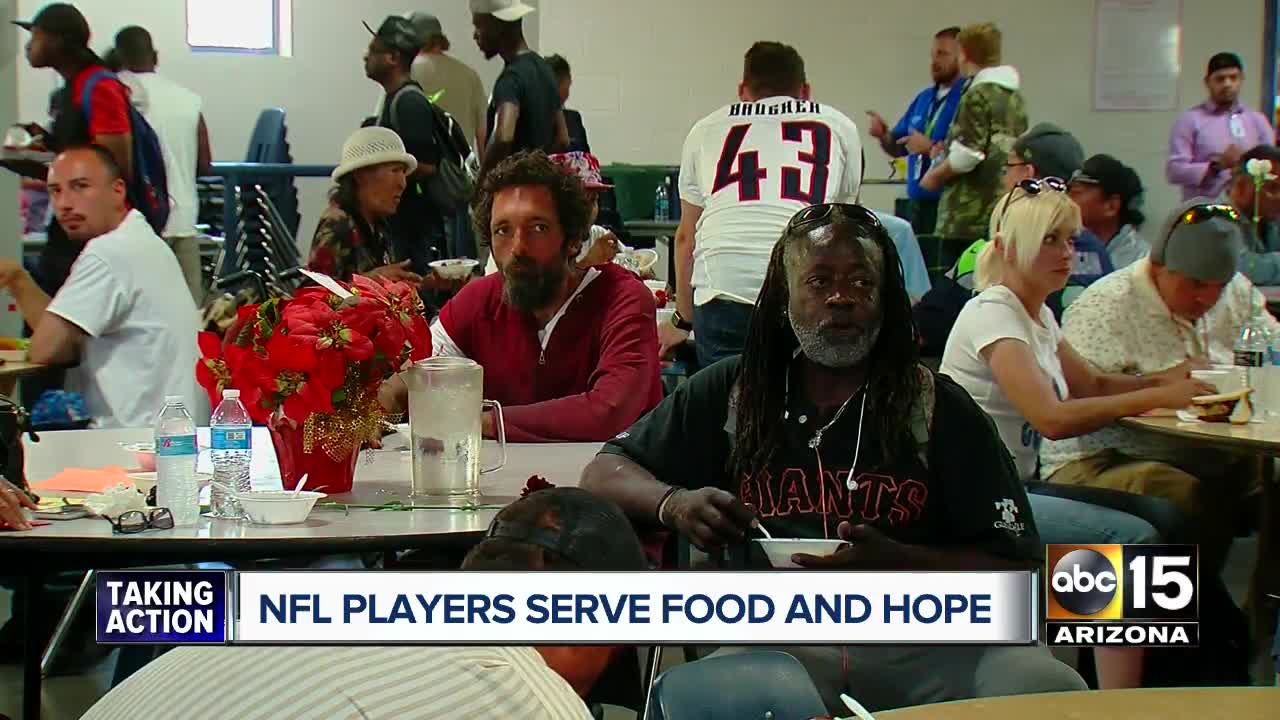 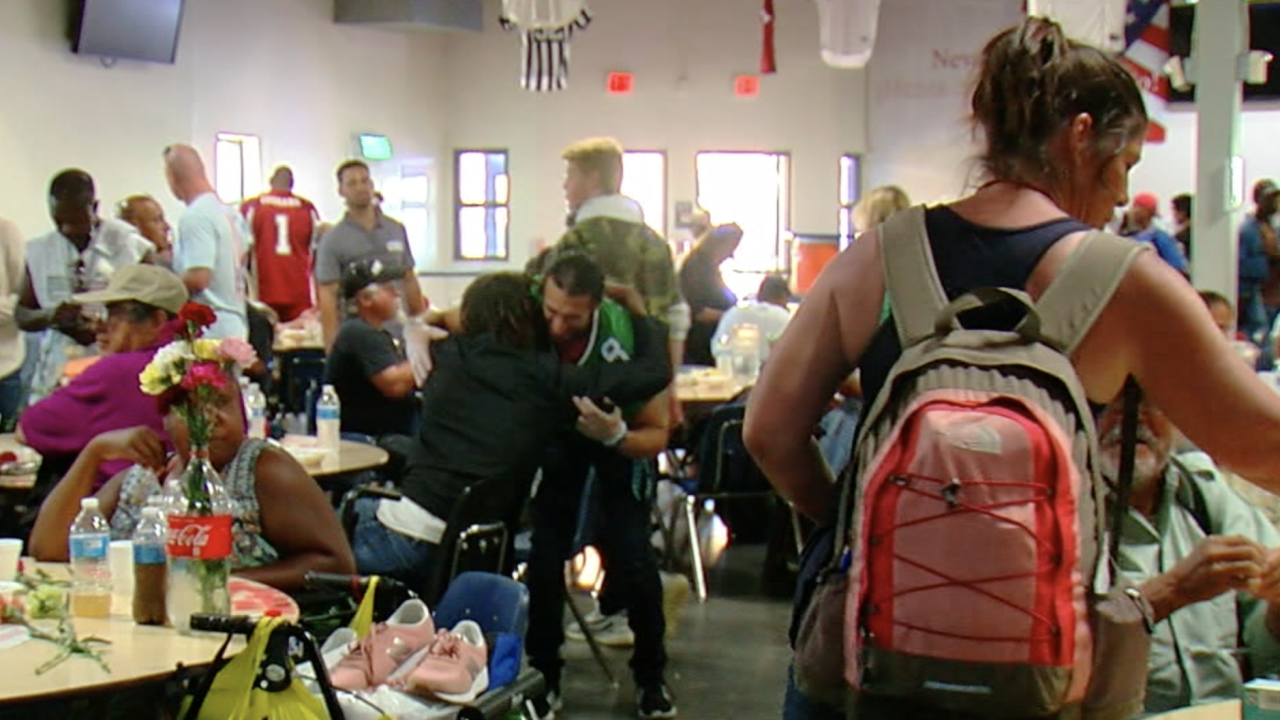 "Our motto is that every person in here is every much as important as every NFL player," Former NFL player Nick Lowry said.

"These people don't have anywhere to go but we bring joy to their heart and when we do that it brings joy to our heart," Former Cardinals player Michael Bankston said.

Some attendees were also given a chance at a better future.

Blu Mitchell, founder of Sigma Cuts, gave away 10 scholarships to his school. Melissa Johnson was one of the winners.

"I didn't expect to ever win anything so huge," Johnson said. "I don't know what to say I'm just grateful."

This is the 13th year the event has partnered with St. Vincent De Paul on Easter Sunday.