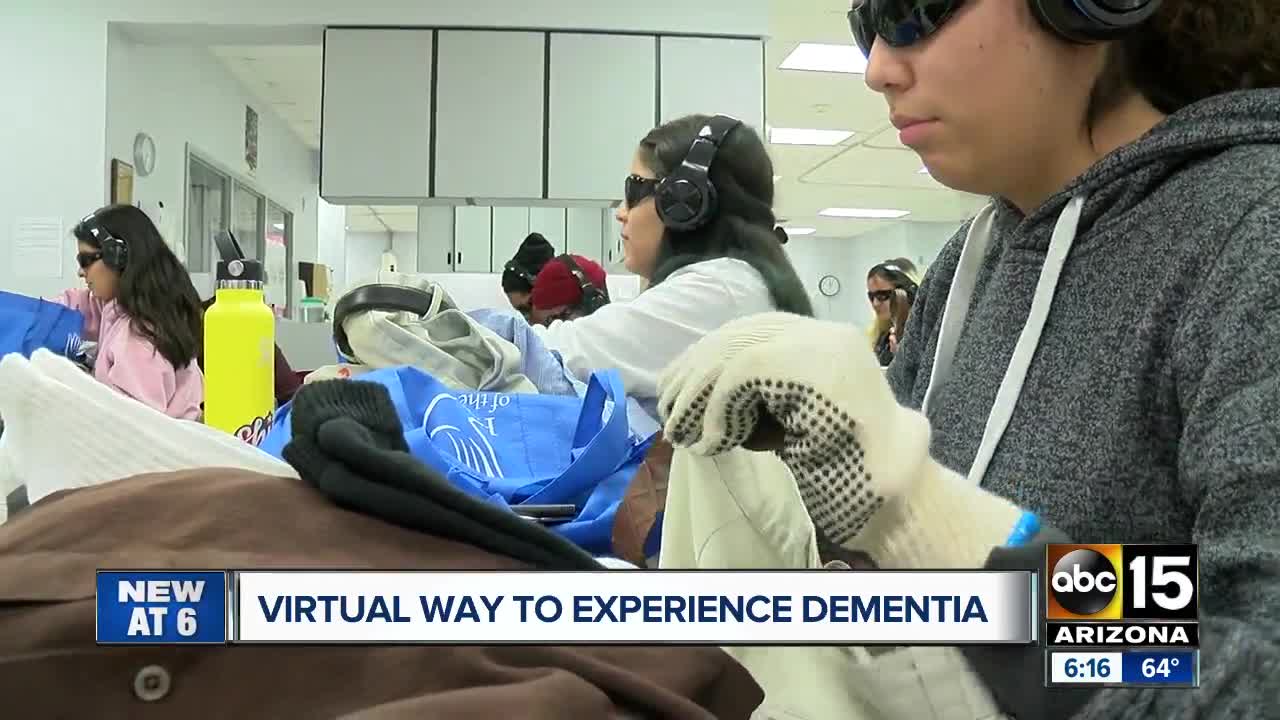 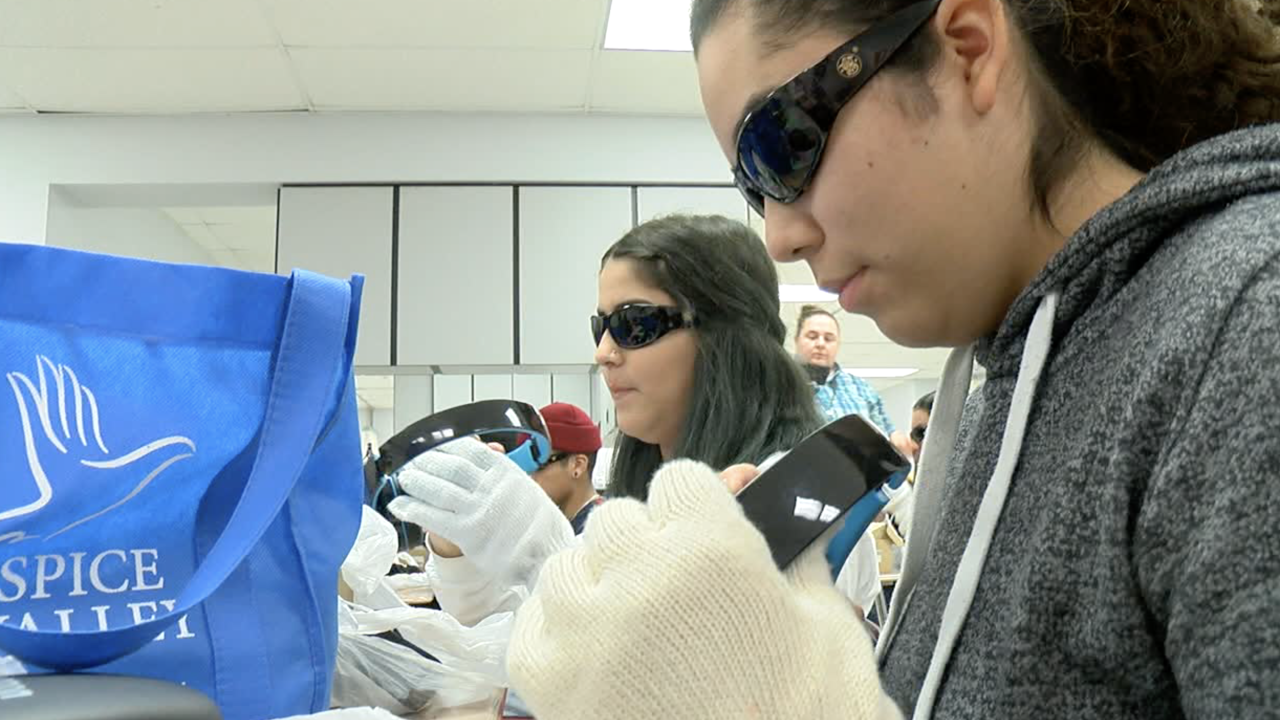 PHOENIX — "You're going to have a simulation of what it's like to have a brain disease," said Dr. Gillian Hamilton to a classroom of high school seniors.

Hamilton is giving students at Metro Tech High School a crash course in dementia. "You can't really care about somebody unless you understand what it's like to be them," said Hamilton.

Hamilton says as we live longer lives, more people are bound to develop this horrible disease. She worries there aren't enough young people interested in caring for this growing population.

On Tuesday, she set out to give Metro Tech students a chance to experience the challenges these patients face with hopes of building empathy.

Each student put on dark glasses that distorted their vision, they wore thick mittens and headphones - all of it meant to challenge their dexterity when doing simple tasks.

Their instructions for the task were heard through headphones amongst a variety of ambient noises.

It didn't take long for those tasks to become a real headache. "I was trying to do one thing but then there were so many things going on that it was hard to focus on one particular thing," said one senior.

Noises inside the headphones were meant to create confusion. The students' tasks included buttoning a shirt, dividing coins into a smaller amount and putting a belt on a pair of pants.

The students said routine undertakings became demanding. "It's just like shocking, I didn't know that's what dementia felt like at all," said one student.

"Trying to button the shirt with the gloves, I couldn't do it, I couldn't get past the first exercise," said another.

However, in the end, the experience opened their eyes to what 5.7 million people in the US deal with every day.

With the majority of this class studying nursing or other healthcare fields, the hope is they will be better equipped to help those suffering from these debilitating diseases.

"Experiencing it, I feel like I'm more empathetic towards those people," said one student to the delight of Hamilton.

"If people were to see what they go through, they'll have a better understanding and not judge them or treat them bad," said another.

And it's that understanding Dr Hamilton hopes will make all the difference..