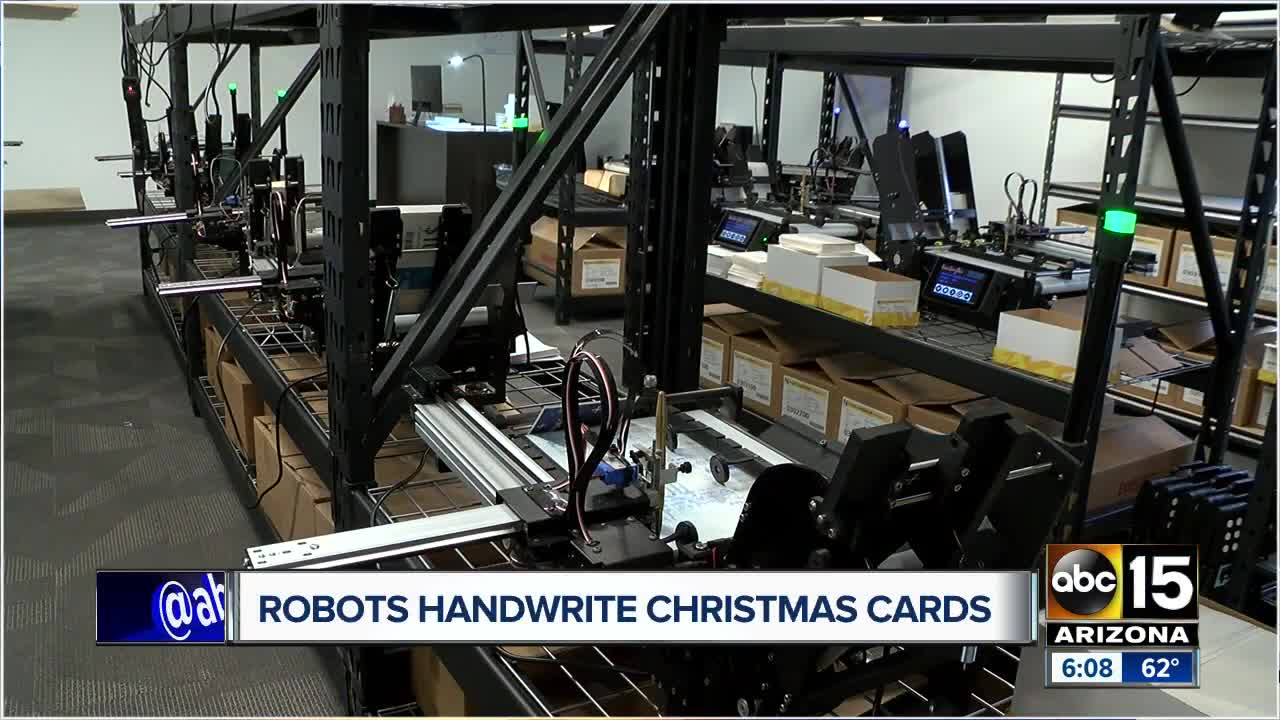 Inside a Phoenix office, robots are hard at work writing messages you might see on your next Christmas card. PHOENIX — Inside a Phoenix office, robots are hard at work writing messages you might see on your next Christmas card.

David Wachs says he was never good at sending cards on time, which is why he created the company "Handwrytten."

Customers can use the app or website to type out what they want a card to say. Robots write the message and employees mail them out.

"If we're doing our job, they won't see the difference between this and an actual handwritten note," Wachs said.

Wachs says they've had over 100,000 card orders just this month, about 60,000 of those being Christmas cards. He says most of their clients are businesses who use cards to reach out to customers. However, people looking to send cards for any given holiday also use their services.

"Your friends and family don't cringe when you just go online and send them an Amazon gift with out actually taking the time to wrap it yourself and send it in the mail," Wachs said. "This is just one more step past that."

So next time you get a card in the mail, look closely. Because technology might have you fooled.

"We have a lot of clients that do the smudge test where they lick their finger and lick the ink and see that it does run," Wachs said.