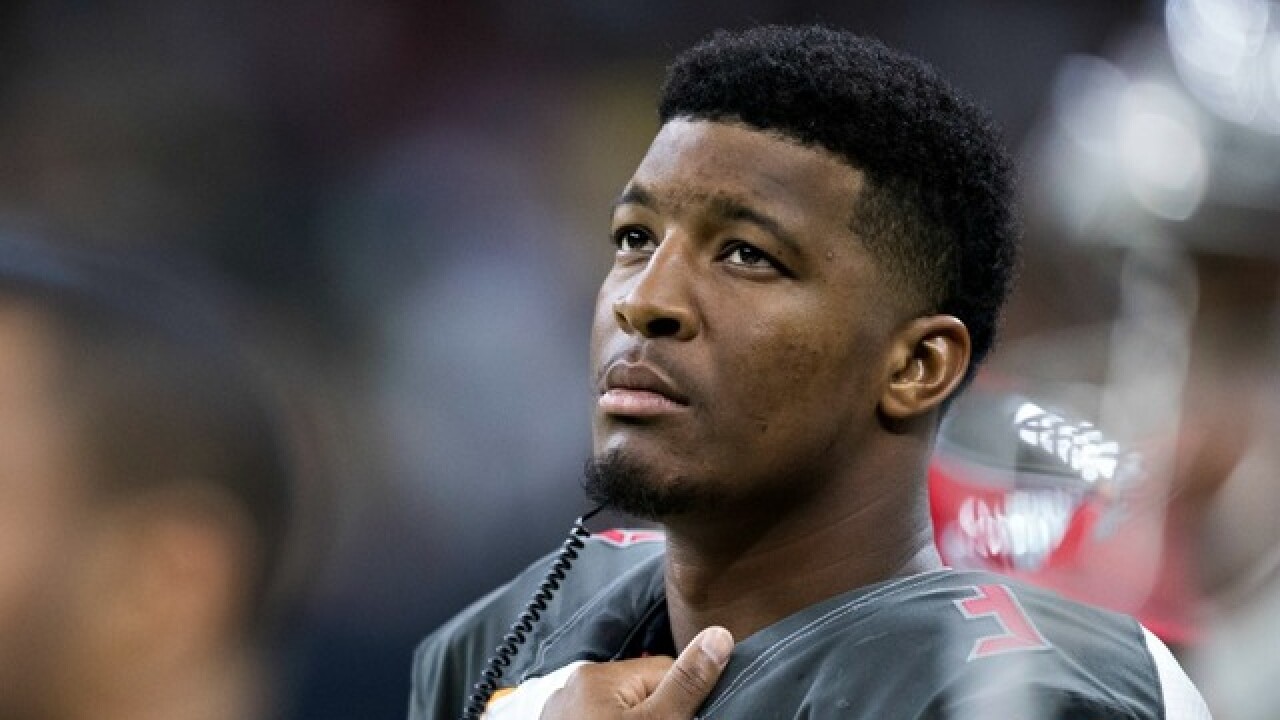 Court documents say the woman filed the suit in Arizona on Tuesday and is seeking more than $75,000 in damages. She said Winston grabbed her crotch in the drive-thru of a Mexican restaurant in the Phoenix area in March 2016.

The NFL in June suspended Winston for three games for violating the league's personal conduct policy, after an investigation into the incident.

The suit comes as Winston approaches the final game of the suspension, and with the team off to a 2-0 start.

He missed the opener at New Orleans and last week's home victory over defending Super Bowl champion Philadelphia. He is eligible to return on Tuesday, the day after Tampa Bay plays the Steelers.

A call to the Buccaneers offices after business hours Tuesday was not immediately returned.

The Associated Press does not generally name people who allege they are victims of sexual assault.