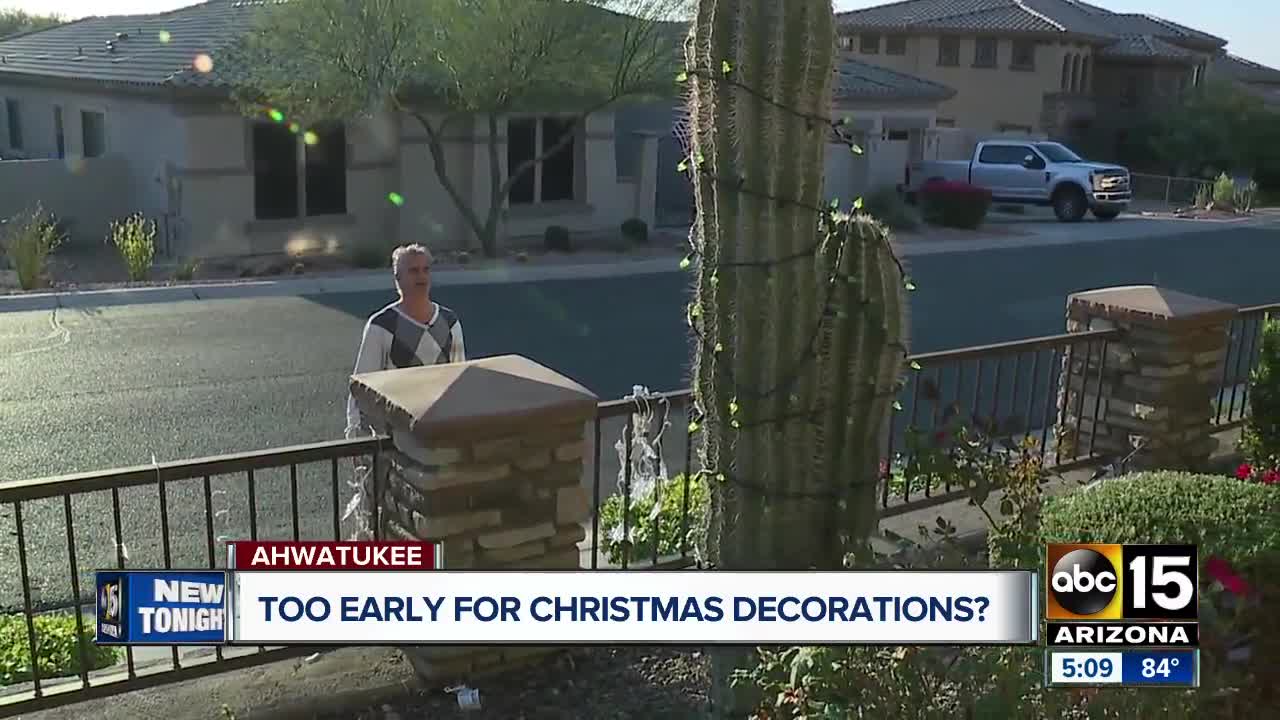 Neighbors who live in the Summit community say there has never been a problem with putting lights up early -- until now. 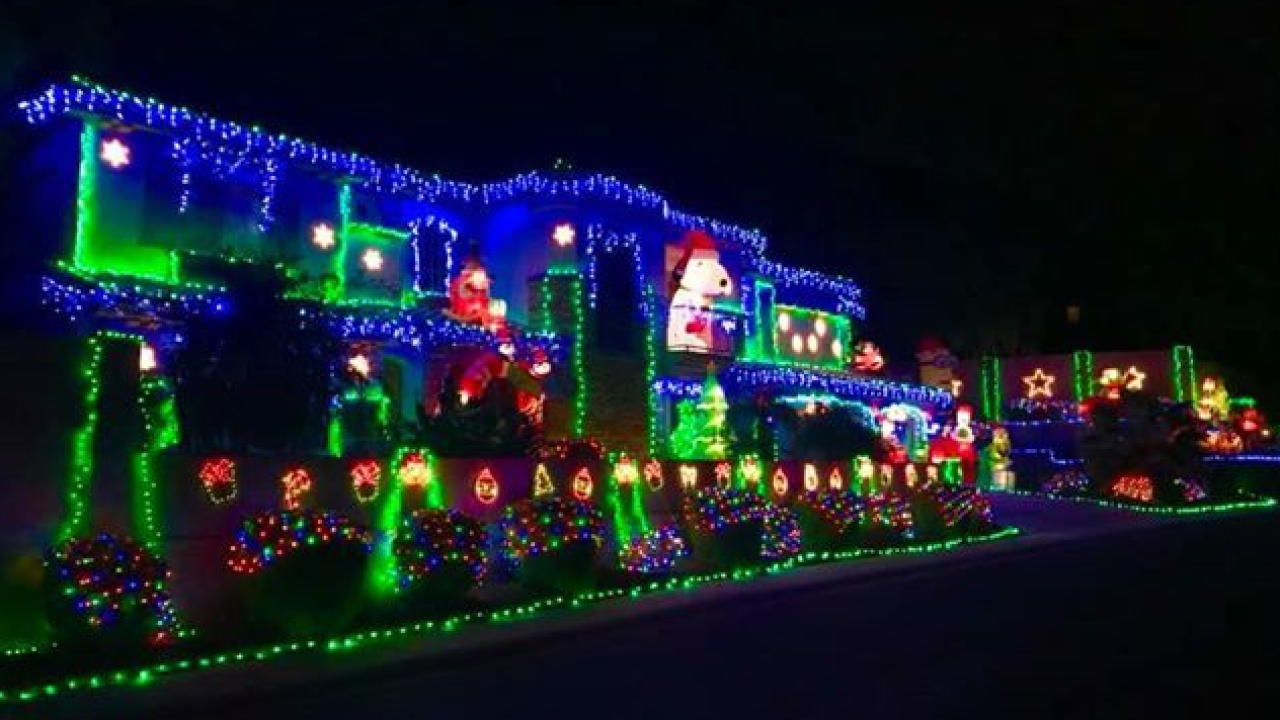 PHOENIX — Thanksgiving is still a week away, but Doug Maldonado is preparing for Christmas in Phoenix.

"People can make fun of me and say I'm kind of the Clark Griswold around here," Maldonado said.

Maldonado says it takes a long time to transform his house into a winter wonderland, which is why he gets a head start every year.

"You'll see other kids come in here with their families and they'll stop and actually say thank you," Maldonado said. "That makes it all worth it."

Some neighbors have lived in the Summit community of the Foothills Reserve area for nearly 15 years. They say there has never been a problem with putting lights up early -- until now.

On Friday, residents got an email from their Homeowners Association reminding them that Christmas-style decorations should not be put up prior to 30 days of the holiday.

"When you get a letter like this on a Friday night, it just leaves a sour taste in your mouth," neighbor Genevieve Kennedy said.

Neighbors say they believe the reason for the sudden crackdown on the HOA rule is because new management is finally enforcing it.

"There are many rules in the rule book that they never will enforce," Maldonado said. "I feel something like this is very offensive to the community."

The residents say there are bigger problems that the company that manages the HOA, Trestle Management, should be dealing with. Which is why they're asking the company to have a change of heart.

"There are rules that we can follow that we live here, but those rules can be changed," Maldonado said.

ABC15 reached out to Trestle Management and received the following response from the Board of Directors, which read in part:

“The email sent to homeowners on Friday was a friendly reminder and not an enforcement action."

A spokesperson also included a copy of the "Architectural Guidelines and Architectural Standards for Foothills Reserve Master Association." The full text of the section regarding holiday decorations states:

"Holiday decorative items, such as seasonal lighting, statuary, inflatables and holiday flags, do not require prior written approval from the Committee so long as the following standards are followed, as determined in the discretion of the Committee. Holiday decorations and lights shall be of reasonable design and magnitude so as not to disrupt neighboring residences and property, and shall not be installed or utilized prior to 30 days before a holiday and shall be removed no later than fourteen (14) days following that same holiday. Decorations must be maintained in good repair and not be allowed to encroach on neighboring properties. Decorations shall not contain offensive language. No amplified music or amplified sound devices are allowed. Furthermore, installation shall not take place prior to 7:00 a.m. or after 10:00 p.m. Additionally, blinking lights and music within displays shall not be left on after 10:00 p.m. each evening."

The spokesperson said the document also goes through the procedure for requesting approval for any deviations to this general rule and that the general rule has been previously enforced.