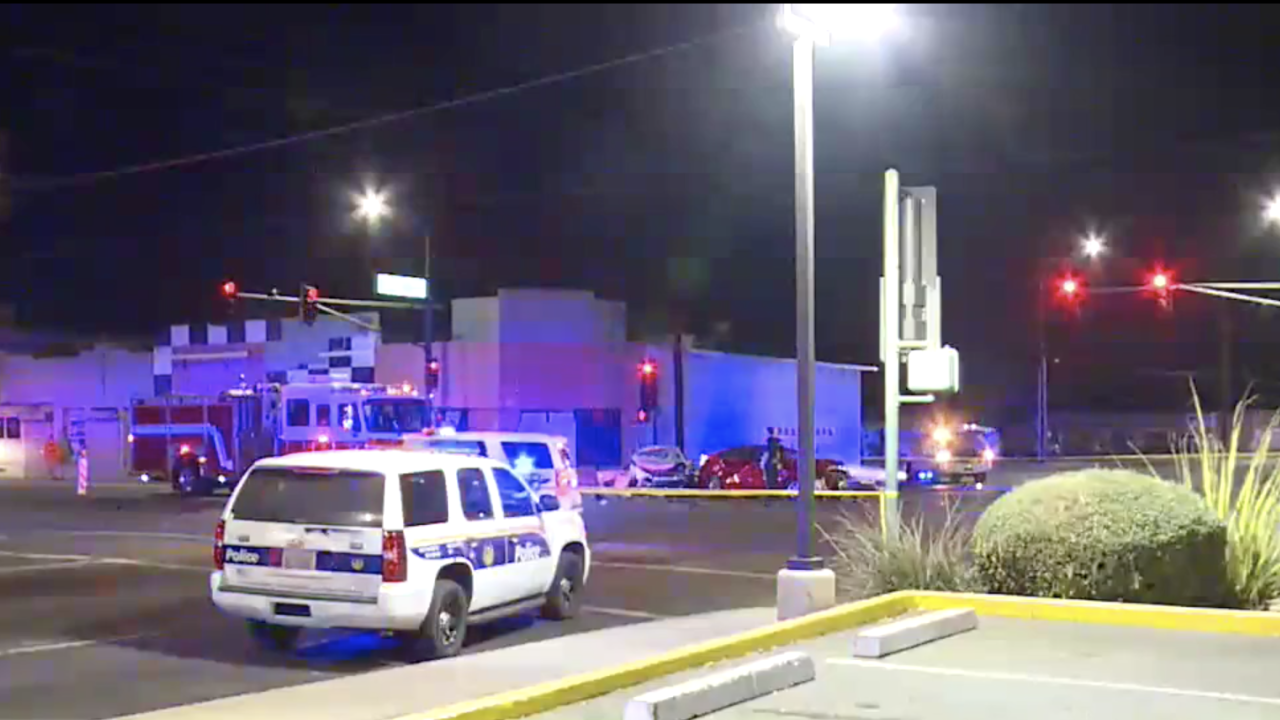 Three individuals are in the hospital after a reportedly stolen vehicle crashed into a car and a city bus early Tuesday morning.

The incident occurred just before 5 a.m. when an officer spotted a reported stolen vehicle running red lights near 24th and Van Buren streets, according to Phoenix police.

The officer attempted a traffic stop, but the driver refused to stop and the officer "discontinued following the vehicle," officials said.

As the reportedly stolen vehicle continues, the driver failed to stop for a red light at 16th Street, causing the vehicle to crash into a car and a city bus.

Police have not yet been identified the occupants of the reportedly stolen vehicle.

The area is expected to be restricted for several hours while authorities investigate the scene.