Man dead, shot by police near 26th St/Roosevelt in Phoenix 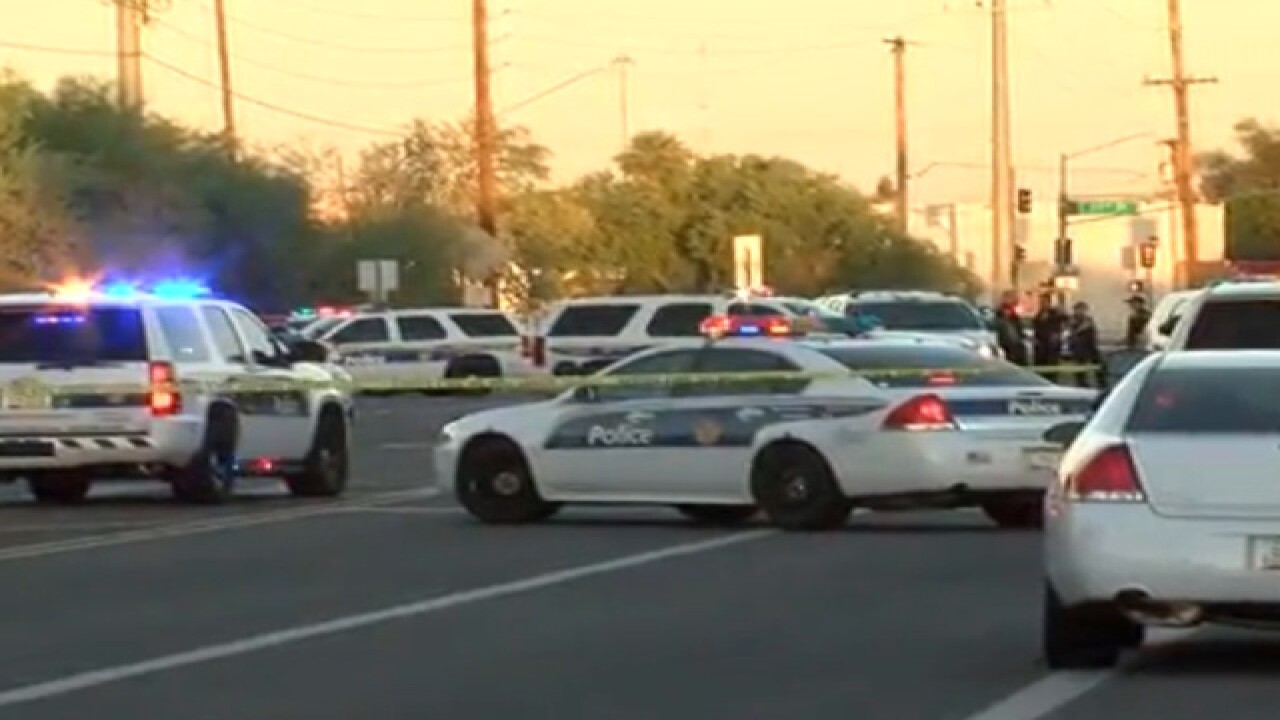 A man is dead after an officer-involved shooting in Phoenix on Thursday morning.

Phoenix police say the incident occurred near 26th Street and Roosevelt. The suspect, 28-year-old Edgar Carreto was shot by an officer and taken to the hospital where he passed away.

According to police, the incident started at 5:00 a.m. when Carreto walked into the Maricopa Medical Center emergency room with knives and became aggressive.

Police said staff members were able to get the suspect off hospital property. Carreto walked to an apartment complex across the street and began to act in a threatening manner.

Officers arrived on the scene and asked Carreto to drop his knives. The man continued to threaten the officers and one of the officers deployed stun-bag rounds in an attempted to get the suspect to drop the knife.

According to police, Carreto was not affected and continued to threaten the officer. At that point, an officer fired his weapon at the suspect which ended the threat.

The shooting is still under investigation.

No officers or hospital staff were injured and the suspect has not been identified.