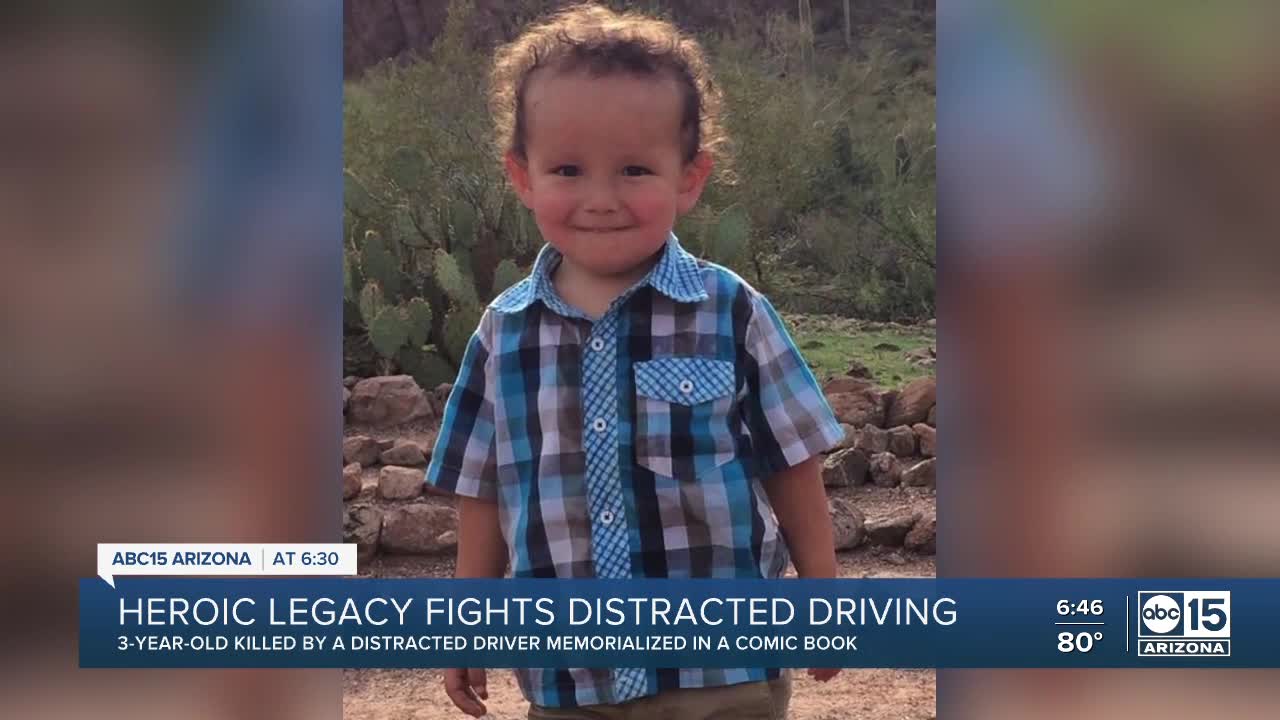 PHOENIX — A heartbreaking chapter in the life of an Arizona family is turning a new page.

In 2015, Cox’s three-year-old son Zaadii, a child with an obsession for superheroes, was walking with his mother and sister at a crosswalk. Zaadii, like most days, was sporting his favorite Batman costume.

“A distracted driver turned a corner, came into the wrong lane and hit the three of us,” said Cox.

While she and Zaadii’s sister would survive, Zaadii passed away 13 hours later.

“It’s the worst thing anybody can go through,” said Cox.

But since that moment, Cox has been telling his story to youth around the country, spreading a simple message that distracted driving tears apart families, destroys lives, and must be stopped. Something that kills seven people every single day.

Since 2018, with the help of Travelers Insurance, she’s been able to make her son's dream of being a hero, a reality in the strips of a comic book.

“Part of what I love about this comic book is it imagines how Zaadii’s life could have been, they call it the unfinished story,” said Cox.

Zaadii’s mother is a lawyer, his father an environmental activist. Naturally, Zaadii’s character was an environmental lawyer by day, crime fighter, and planet saver by night. Cox says she and the writer had long conversations about developing the character to fit Zaadii’s personality. All of it created “Zaadii The Legend of Z-Hawk”.

“A little bit at the beginning lets you know that it’s based on a child whose life was lost to distracted driving,” Cox said.

The writers and Cox hope readers connect with the story. Then pledge to take a stand not to drive distracted. Their pictures holding signs committing to that ideal already beginning to cover the Zaadii Foundation website.

A powerful testament to a little boy who continues to change the world.

“And you know what, Zaadii is a superhero now because through this comic book he is saving lives and there really is nothing anything more heroic, or superheroic,” said Cox.