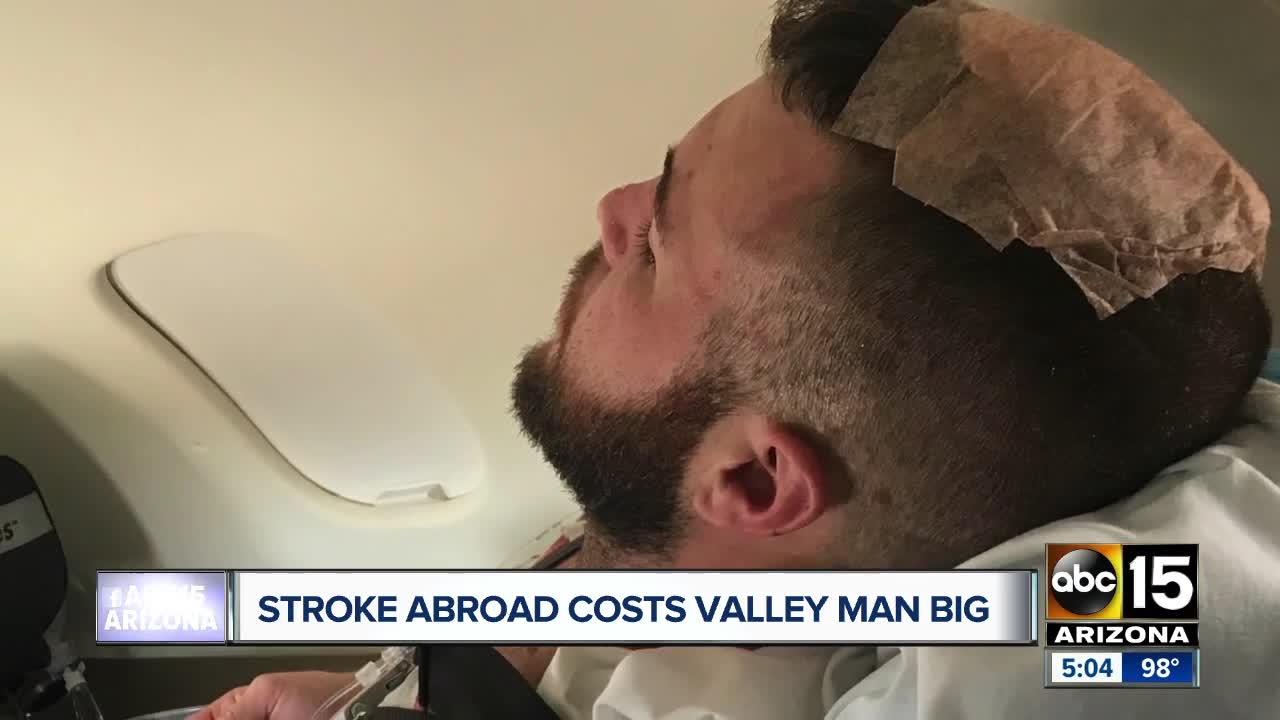 Cost of surgery has him swimming in debt. 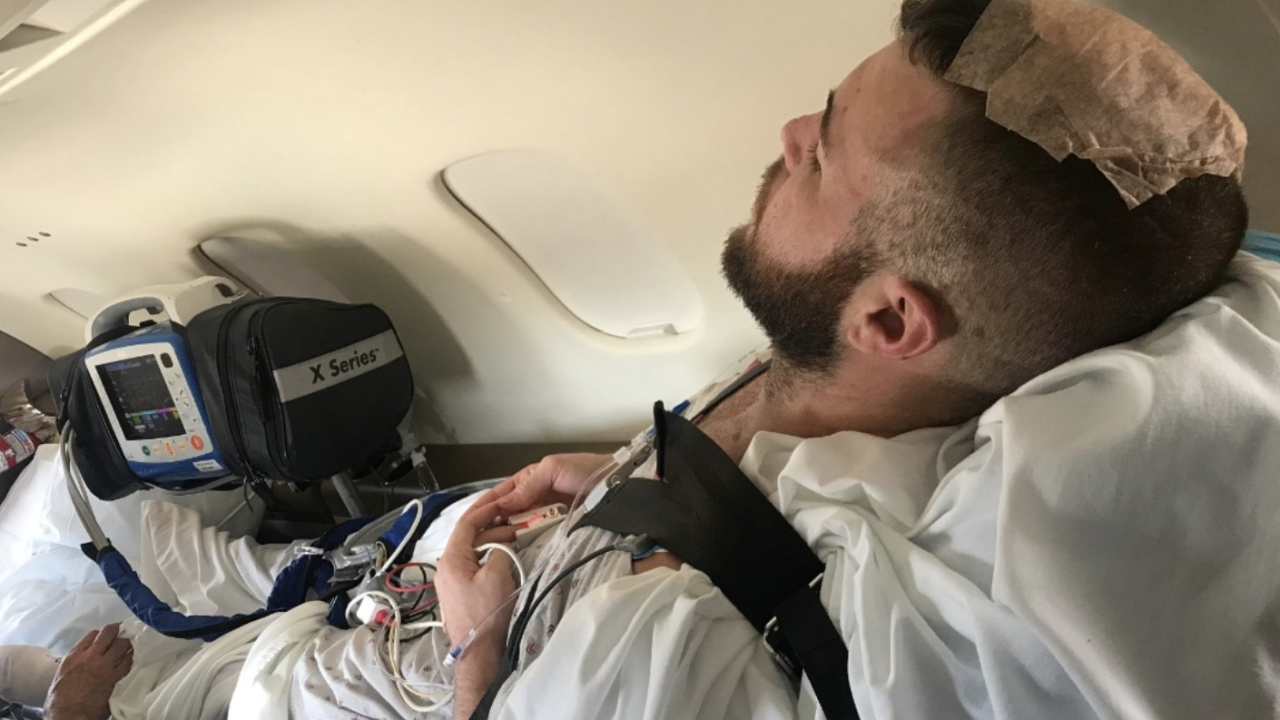 PHOENIX — Preston Troy and Noah Ashner planned a trip of a lifetime. The two gathered a dozen friends together to celebrate a 40th birthday on the pristine beaches of Puerta Vallarta Mexico.

"We loved it, we loved the beach, we loved spending time with our friends and then everything went downhill really fast," said Preston.

Preston says just two days into their trip, his boyfriend Noah, a local ICU nurse, began to lose feeling in the left side of his body.

The next morning, Noah couldn't move. "I don't even know what to call 911 in Mexico or like how to find the closest hospital," said Preston.

The group took Noah to an urgent care facility who sent them to a nearby hospital.

"The doctor there immediately performed a CT scan just to check and saw that it wasn't good. They pulled the neurologist from the hospital who also looked again and said he needed to go into surgery right away," said Preston.

Noah, only 29, had suffered a hemorrhagic stroke. The surgery to relieve pressure on his brain would save his life.

But despite carrying international insurance through his US policy, he wasn't covered. "In Mexico, it's a policy to take payment up front," said Preston.

It would take seven credit cards to pay the $30,000 the hospital wanted. "We're hopeful that the insurance will be able to reimburse us, but at this point, we're still waiting for claims to process," said Preston.

"Typically your own insurance won't cover you out of the country so you purchase a third party plan," said Robbie Louchhiam.

Louchhiam, owner of Travel Destinations in Scottsdale, says those third-party plans are relatively cheap - but offer protections other policies don't such as upfront costs to hospitals.

"Here's the cost of your plan for complete medical coverage, 25 dollars for ages up to 34, 35 dollars up to age 59," said Louchhiam.

That covers you for 30 days, provides $25,000 in medical expense coverage and $500,000 to cover possible medical evacuation costs out of the country.

"We thought we prepared for everything, we made sure we had insurance and paid all the travel bills," said Preston.

But even with that planning, he's now worried the person he cares so much for is now fighting to regain his life.

Noah is at Barrow Neurological for extensive rehab with no guarantees.

As an ICU nurse, he worked as an independent contractor. Due to that fact, he does not have short term or long term disability and the costs continue to pile up.

If you'd like to assist Noah in getting back on his feet, you can visit his GoFundMe page.