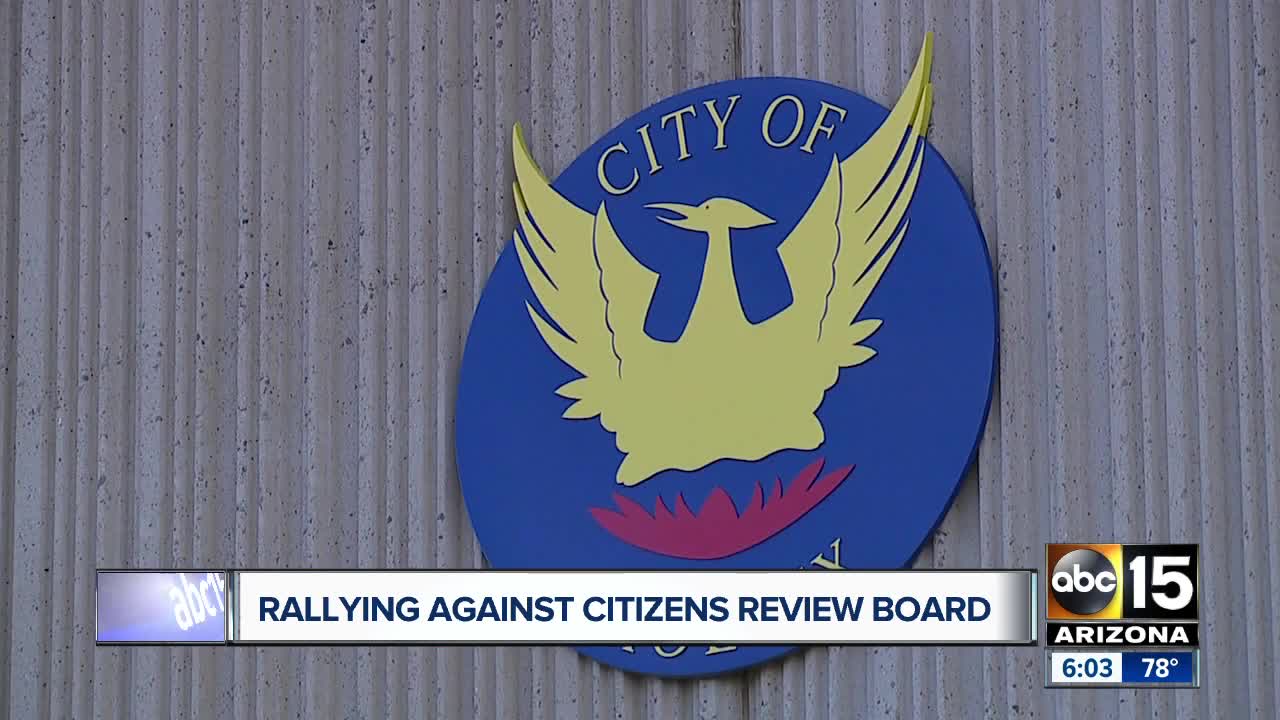 The City Council is considering creating one and plans to discuss it again at it's policy session on November 19. However, some Phoenix residents are not on board with the idea.

PHOENIX — The idea of a citizens review board is nothing new, but it gained momentum over the summer after cellphone video of a use of force incident involving Phoenix Police officers and a family went viral.

The City Council is considering creating one and plans to discuss it again at it's policy session on November 19. However, some Phoenix residents are not on board with the idea.

"I just feel cops are getting a bad rap." said Kathryn Kodor, who is among a group of Phoenix residents who are opposed to creating the review board.

Some of those people have become fixtures at city council meetings. Last week, Marcie Lynn waited three hours before it was her turn to address the council.

"I disagree with the police oversight committee," she said. "They are already vetted and have people that oversee them."

The argument against a citizen review board is that there are already systems in place for use of force and disciplinary reviews which include citizens. There is also the professional standards bureau, which reviews allegations of police misconduct.

"There already exists, I feel, sufficient remedies to investigate what the police have been accused of," Kodor said.

An Ad Hoc Committee made up of community members, retired law enforcement officers, and city council members Thelda Williams and Carlos Garcia, are examining those remedies to see if they can be strengthened and help provide a better working relationship between the police department and the community it serves.

Phoenix Law Enforcement Association President Britt London doesn't believe a citizens review board is necessary either. London is resigned to the fact it will happen at some point once the details are worked out.

"It's going to be here, but again, are they going to have subpoena power, discipline power? They are trying to figure out that part now," London said.

Policy meetings are only for discussion and review of issues that will come before the council later during formal sessions.