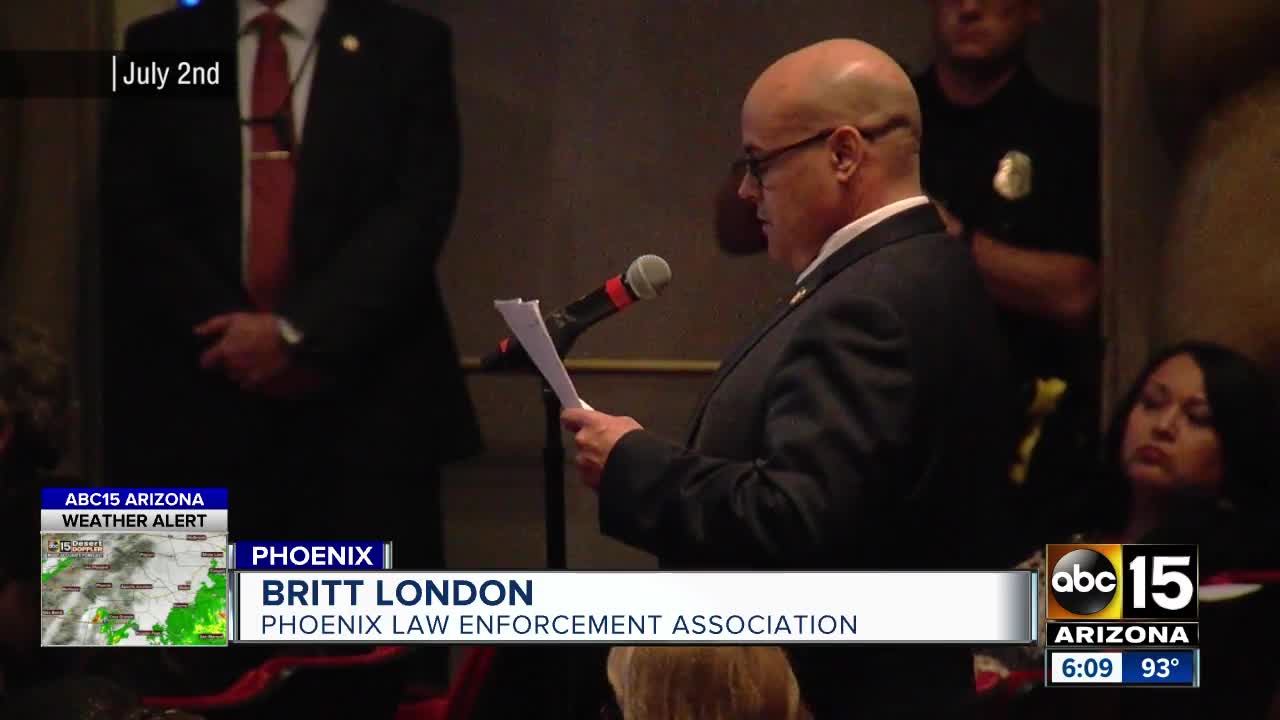 A civilian oversight board is holding its first meeting Tuesday to review possible police reform in Phoenix. 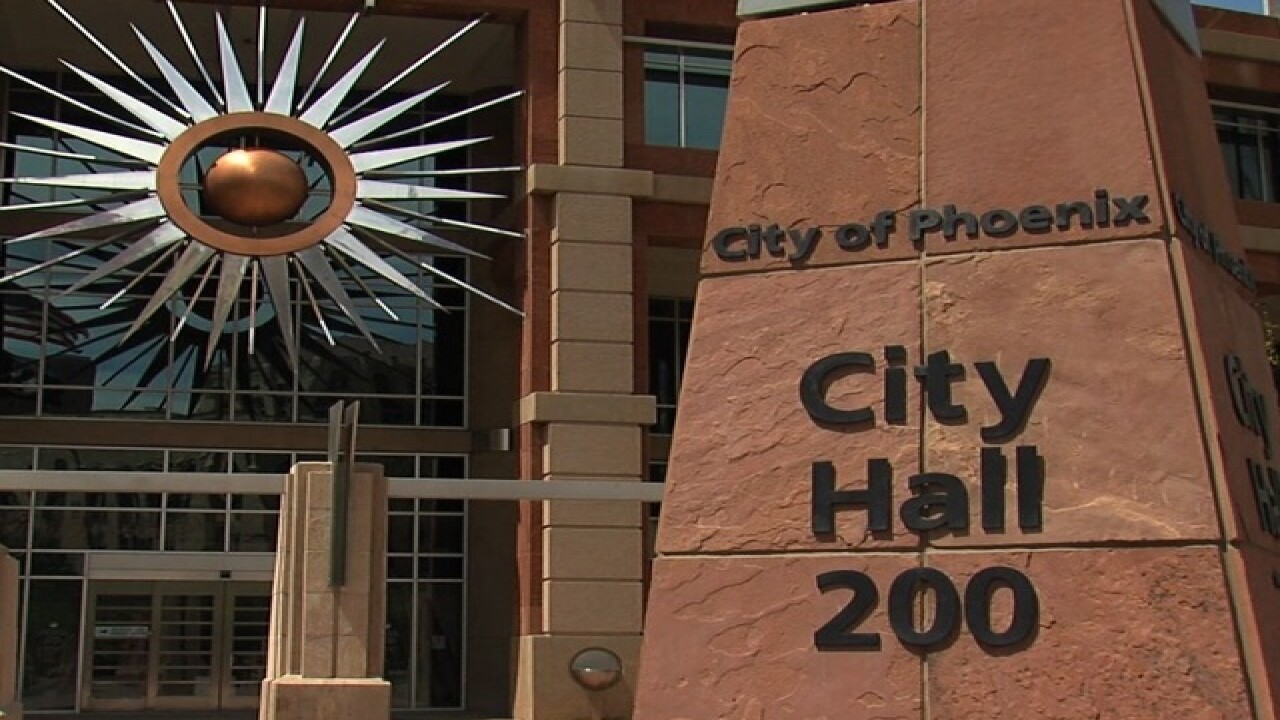 PHOENIX — In a workshop session Tuesday, Phoenix City Council will be presented with several options for beginning civilian oversight of the city's police department.

Calls for a civilian review board resurfaced after a record number of Phoenix officer-involved shootings in 2018 and high profile complaints about officers' use of force.

Tuesday's meeting was called at Mayor Kate Gallego's request, and it will involve informal council discussion. No public comment will be allowed, and no formal votes or other action will take place. The meeting starts at 2:30 p.m. in Phoenix City Council Chambers.

The council will look at three basic models for civilian oversight:

- A review-focused model, which would look at completed police investigations. Members could agree or disagree with conclusions.
- An auditor/monitor who reviews data and trends and makes recommendations for improvement.
- An investigations model, in which the board completes independent probes of citizen complaints and use-of-force incidents. This format would grant the most power to the civilian group.

"We want the civilian oversight to be independent from the police," said Isabel Garcia with Poder in Action, a community group that demanded more police accountability and transparency. "We want subpoena power to compel witnesses or to call on witnesses, and we want this process to be transparent."

"Ones [civillian oversight groups] that are the most successful are the ones that are built with the input of the stakeholders to the community and everybody that will be affected by the type of the model," said Liana Perez with the National Association for Civilian Review of Law Enforcement. NACOLE provides resources for about 100 civilian oversight groups.

Of the ten largest cities in the United States, Phoenix is the only one without formal civilian oversight of the police department. In Arizona, Tucson has an independent police monitor. Chandler uses a review board model.

"Are there cases where there was no discipline because of the shotty investigation? I would suspect you would need that proof just before believing everything you hear," said PLEA President Britt London at a July 2 city meeting.

On the Phoenix City Council, Sal DiCiccio has voiced more concerns than other members. He said the Phoenix Police Department already has a built-in discipline review system, and he's concerned a civilian board could become politicized.

"Across the country right now, people are pushing back on police officers and try to prevent them from doing their jobs," DiCiccio said. "We do not have a problem within our police department."

Got a news tip? ABC15 Investigator Melissa Blasius can be reached at Melissa@ABC15.com.