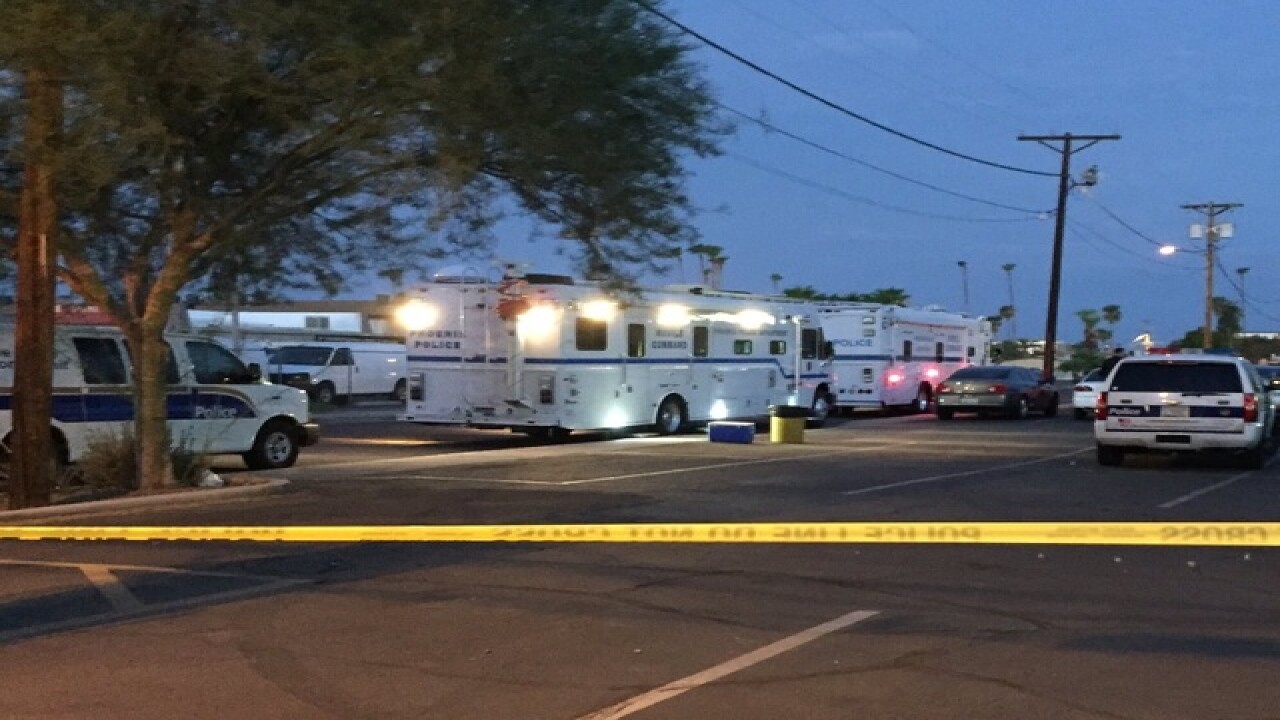 Police in Phoenix are investigating after a man suspected of trying to rob a business began fighting with a police canine before shooting and killing himself.

According to police, around 1:30 a.m. officers responded to a business near 27th Avenue and Camelback Road.

Upon arrival, police found one man hiding under a truck on the property of Capital Collision.

The suspect did not follow police commands; a police canine was released. The man then got into the bed of the truck and began to fight with the dog.

As police tried to take the man into custody, the suspect pulled out a handgun and shot himself. An officer was injured from what officials believe may have been shrapnel from the bullet the suspect fired at himself.

The officer was taken to a hospital for treatment of his non-life threatening injury.

Police did not discharge any firearms during this incident. The man's identity has not been released yet. Police continue to investigate the incident.