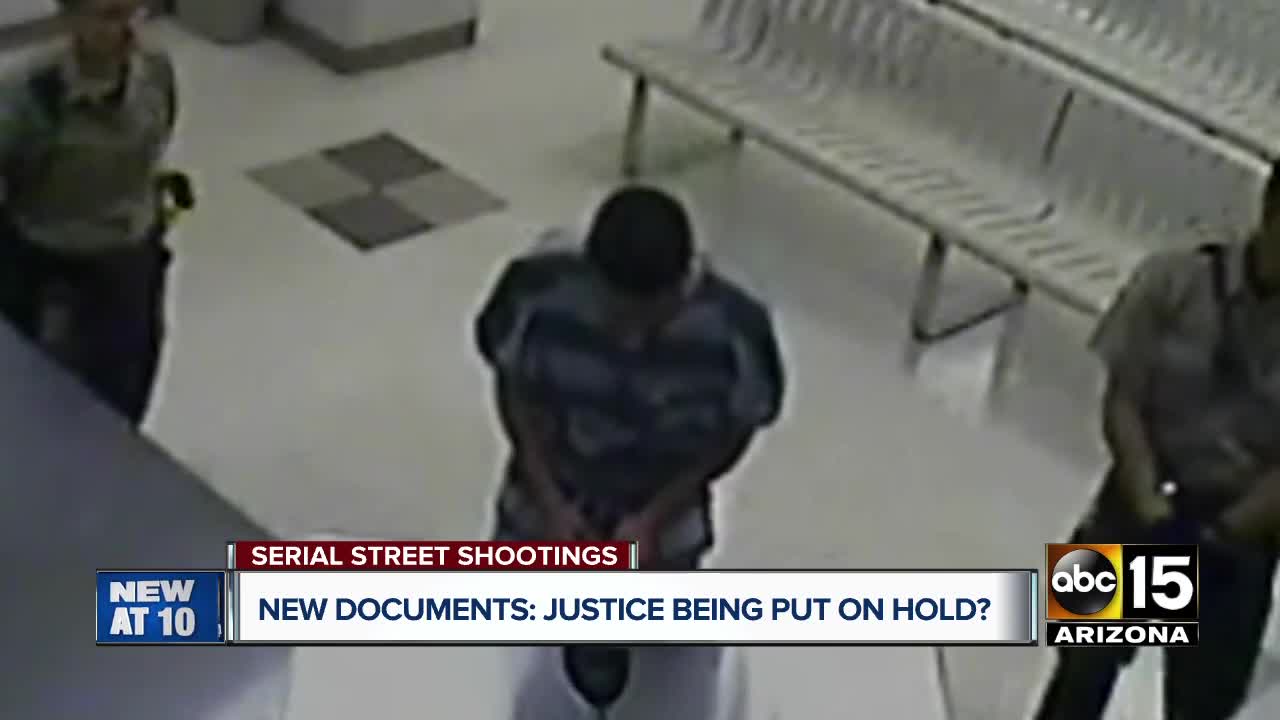 PHOENIX — Months after 12 shootings and nine deaths, the arrest of 25 year- old Aaron Juan Saucedo was a major break in a case plaguing the Valley.

New court filings show both Saucedo’s attorneys and prosecutors are looking to find out whether the man suspected of killing nine people is competent to withstand trial.

In July, Saucedo was disciplined twice for refusing to attend mandated court hearings. He told detention officers he had a document from his attorneys telling him he didn’t need to be there.

Last year, his attorneys Thomas Glow and Peter Jones, filed a motion to keep the state from viewing any jail visitation records or videos. Some of his visits considered “privileged” according to a September 2018 filing.