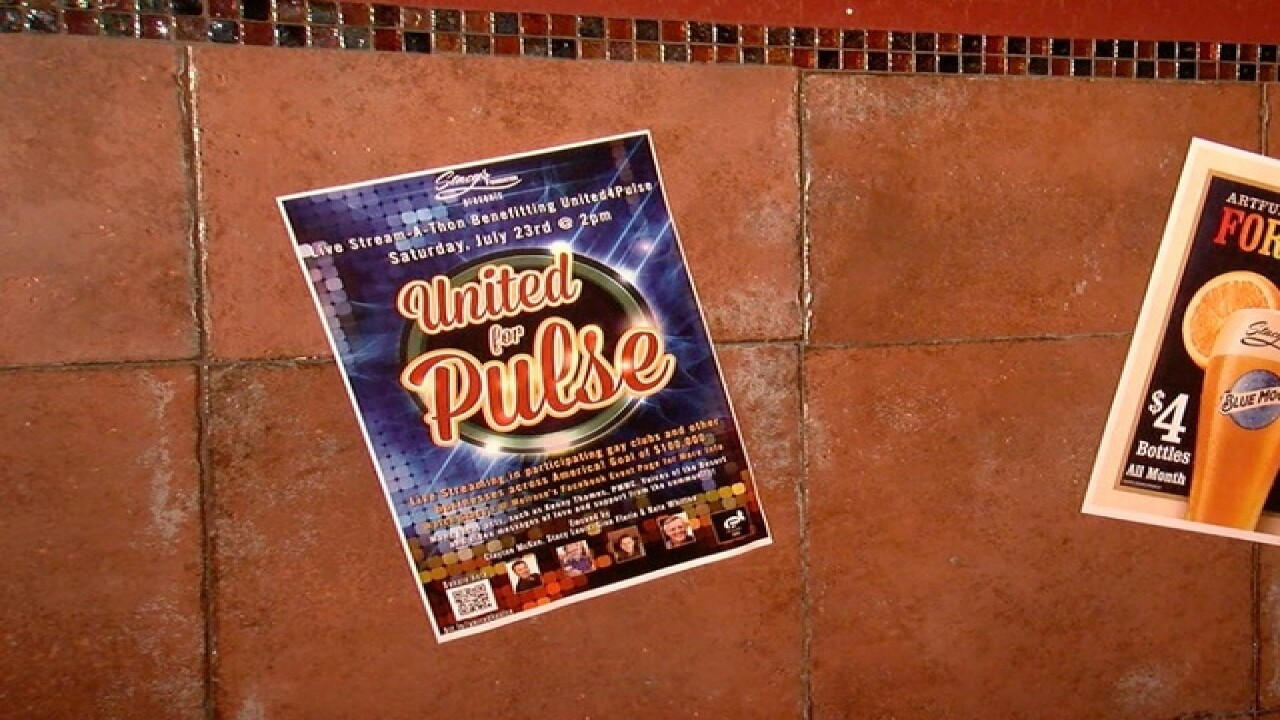 Two employees of Orlando's Pulse Nightclub, devastated by a mass shooting, were welcomed as special guests at a Phoenix bar Saturday.

Stacy's @ Melrose will host the benefit dance party from 2 p.m. to midnight.  The bar will also livestream the "United 4 Pulse" event to other gay bars nationwide.

The pain is still stinging for Neema Bahrami and Bobby Mills. But, the two employees are trying to spread a different message.

"If we sit back and let things like that happen and we ignore it, then it defeats us," Bahrami said. "We have to spread love and educate people."

Mills was one of the very first employees to ever be hired at Pulse and he calls it, his 'second home.'

The pair were invited to Pulse by Stacy's @ Melrose owner - Stacy Louis.

"My biggest... push besides raising money, is to let everyone know that I want them to stay strong because strong... we stay united," Louis said. He hopes to raise $100,000 for the victims.

Louis tells ABC15, he knew he wanted to do something to help the moment he saw the devastating news on television. But, he decided to allow everyone the time to process what had happened.

He attended the fundraiser to show his support because last month's tragedy--although thousands of miles from him--hit close to home.

“Devastated that something like that could happen and to my family and my people. I was crying, it was heartbreaking," Brusueles said.

Those who could not attend in person but still want to donate can do so through a GoFundMe account that has been set up.

During the June shooting at Pulse, 49 people were killed and dozens were injured.