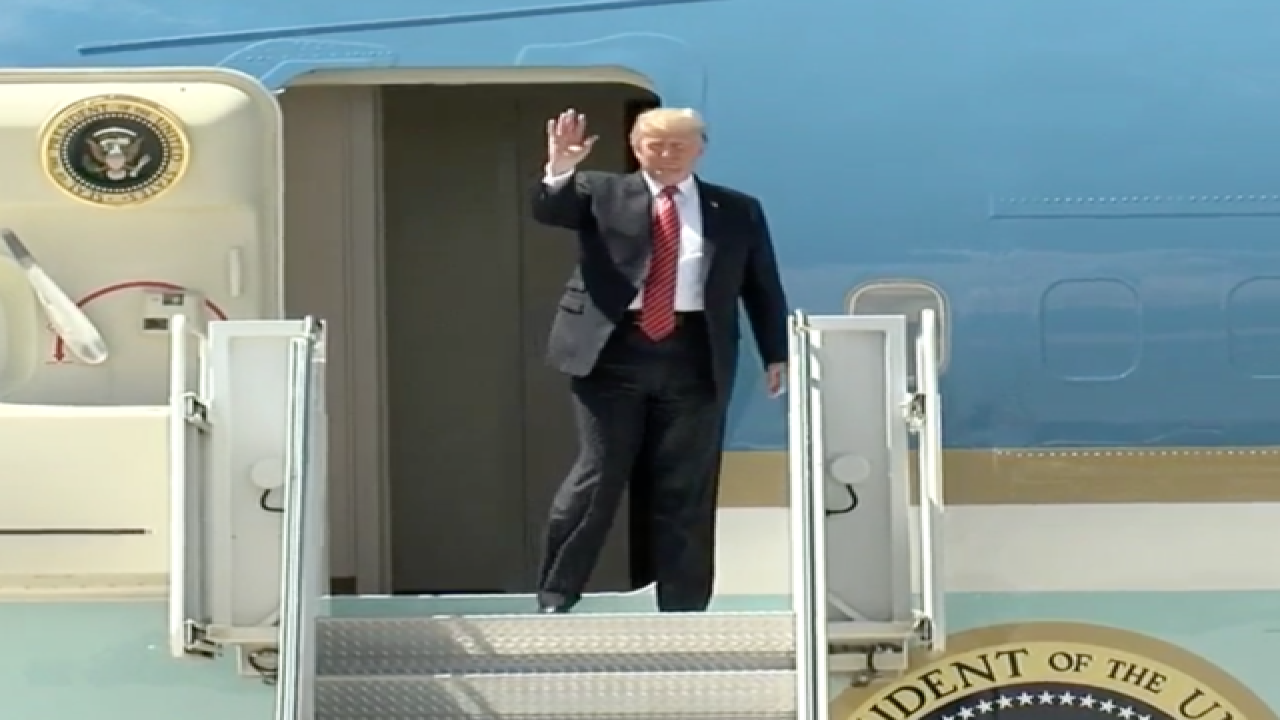 Tens of thousands of people are expected to be in downtown Phoenix for President Trump's Tuesday rally.

Take a look at Trump's planned stops and the planned protests in the map below.

Air Force One made its first Arizona stop in Yuma on Tuesday.

Trump visited a Marine Corps base along the U.S.-Mexico border and was scheduled to visit the border, but according to CNN, a credible security threat kept him at the base. He then flew to Phoenix for his 7 p.m. rally at the Phoenix Convention Center.

The president will spend the night at the Omni Scottsdale Resort & Spa at Montelucia before heading to Reno, Nevada, on Wednesday where he will deliver a speech to the American Legion.

Doors at the Phoenix Convention Center open at 4 p.m. and Trump is expected to speak at the rally at 7 p.m.

The full lineup of speakers had not been announced as of Monday night, though a source did confirm Vice President Mike Pence would also be in attendance.

A pardon for former MCSO Sheriff Joe Arpaio may be announced during the rally, as Trump is 'seriously considering' it. However, when reached Monday, Arpaio said he had not been invited by the campaign and planned to watch the rally from home.

The Phoenix Convention Center has released a list of items that are prohibited from the rally, which can be seen here.

Those who are interested in attending the rally can register for tickets here.

Protests, marches and a vigil are planned to take place during Trump's Tuesday visit. Take a look at the following list for each known demonstration:

The Democratic party will be out on the streets downtown passing out water to protesters.

No major roads will be shut down for the president's rally, but some roads will be closed, according to Phoenix Mayor Greg Stanton.

The following streets will be closed Tuesday evening:

Several downtown Phoenix-area businesses will be closed on Tuesday around President Trump's planned rally at the Phoenix Convention Center.

Some businesses have said that they will be open but will monitor the situation closely.

ABC15 has confirmed that the following businesses will be closed or are closing early: