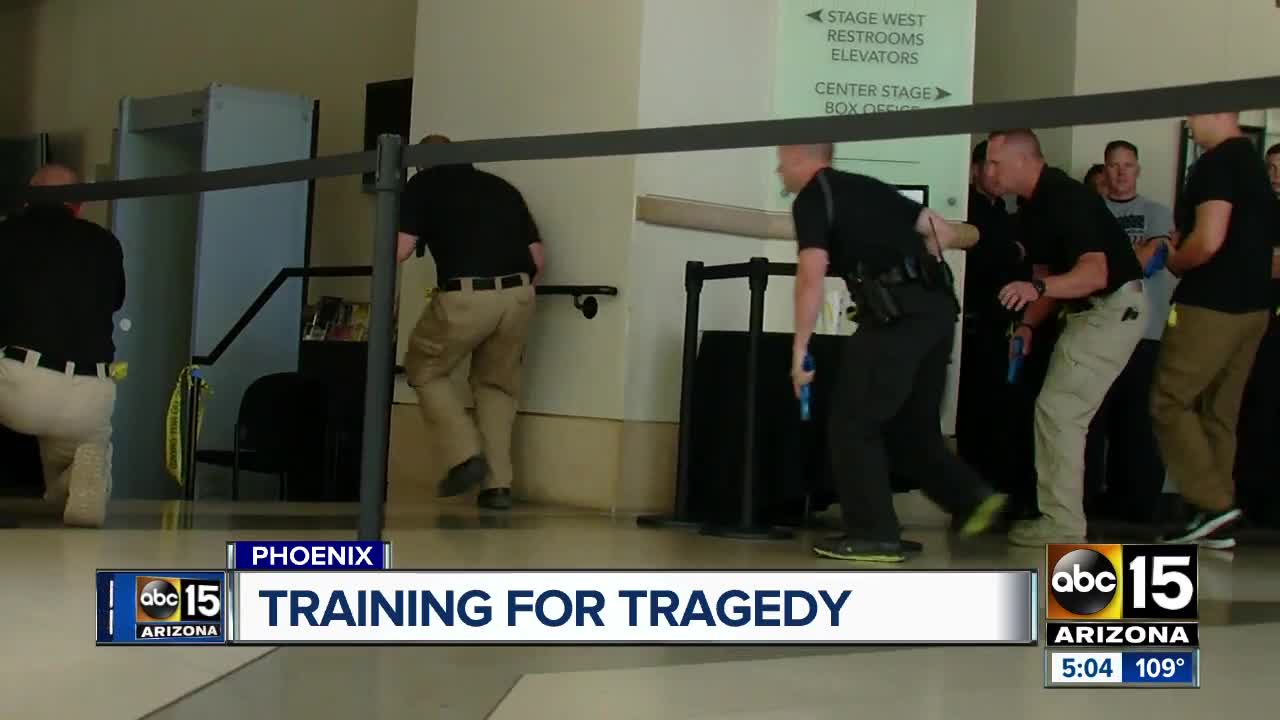 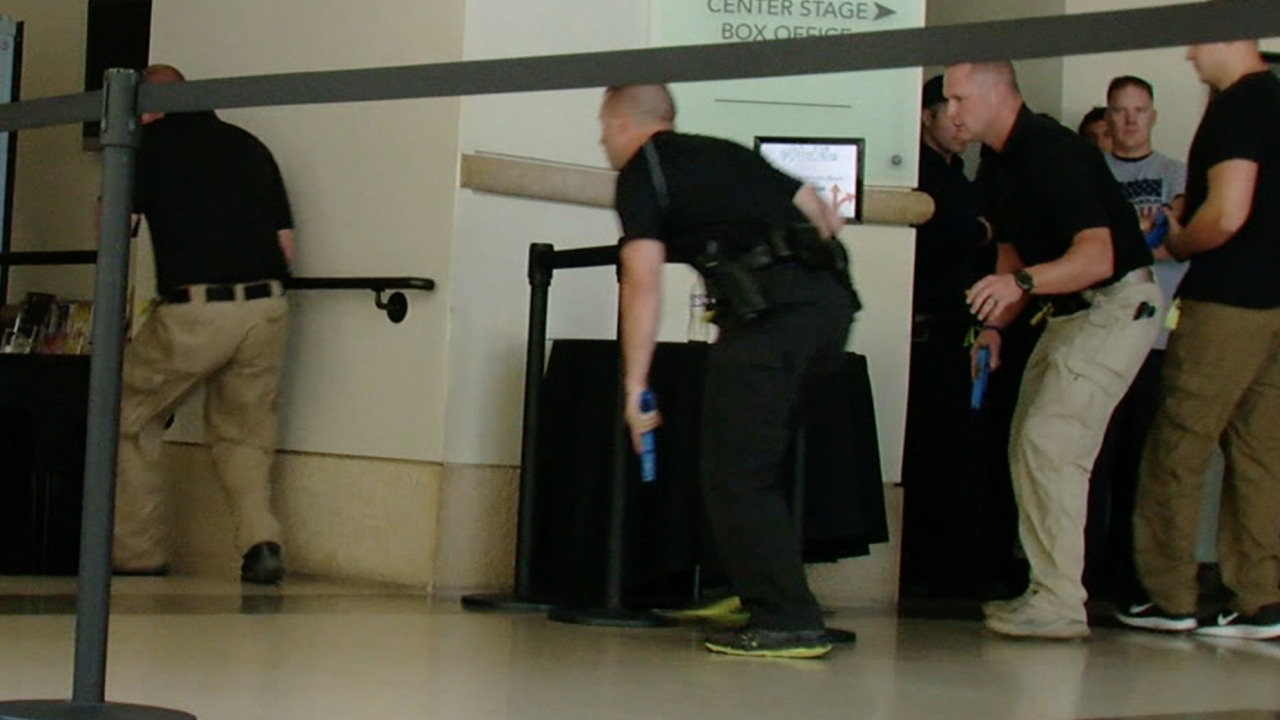 PHOENIX — Authorities in Phoenix say a downtown theater complex will be the site of an active shooter training exercise on Tuesday.

Statements released Saturday by the Phoenix Police Department and Herberger Theater said the public will see increased presence by emergency personnel and equipment in and around the theater as well as signs indicating that a training exercise is underway.

"It's not that we felt we were particularly lacking in some type of way, it's just that in the changing world around us we want to make sure that we're always doing as much as we can," Mark Mettes, President and CEO of the Herberger Theater, said.

The Police Department said the exercise will run from 8 a.m. to 8 p.m. and that streets around the theater will be closed or traffic restricted.

The Herberger's statement said police officers, firefighters and theater staff will participate in the exercise and that it's intended to make them better prepared "if a situation like this were to arise."

Phoenix police say the training is paid for through a federal grant they received in 2017. Police say they've been doing the exercises at schools, hospitals and other places of work throughout the past couple of years.

"Preparation and knowledge will help strengthen the community and get us more prepared," Sgt. Vince Lewis, with the Phoenix Police Department, said.

The Herberger is across Monroe Street from the Phoenix Convention Center.