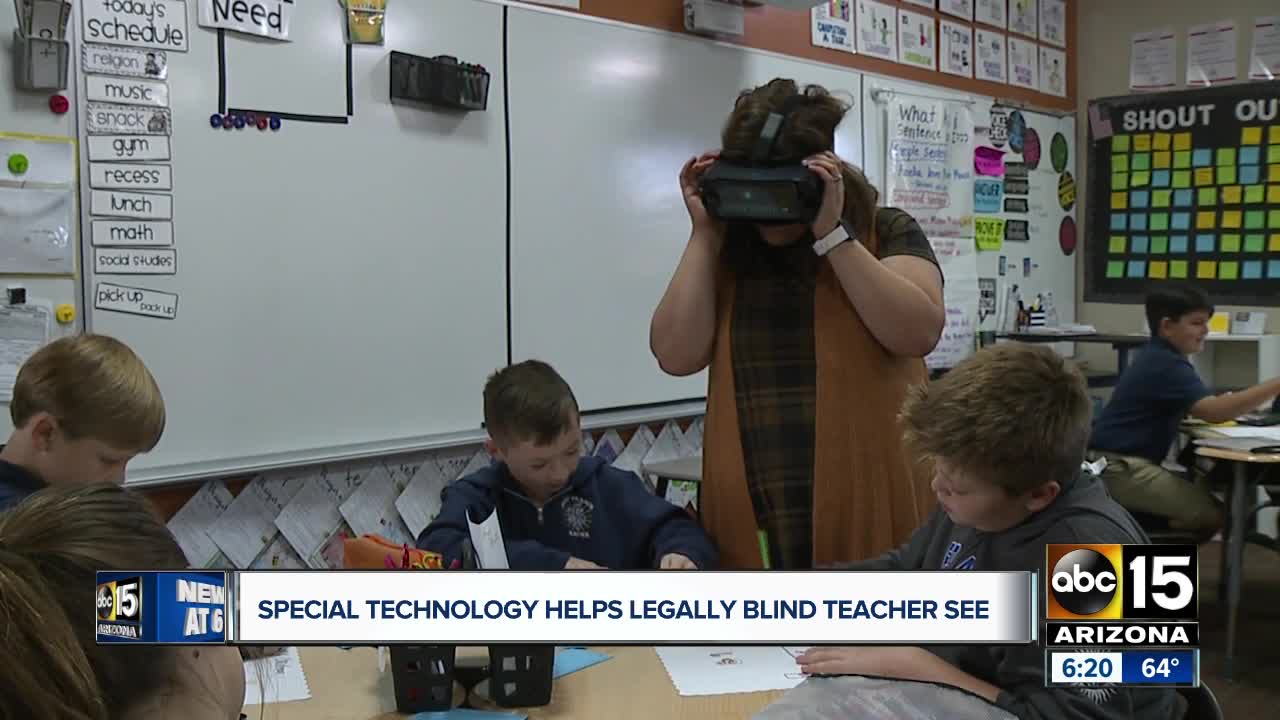 Ashley Ezell says using the technology has also taught her students about acceptance and overcoming whatever challenges come their way.

PHOENIX — Inside Ashley Ezell's fourth grade classroom at Saint Francis Xavier School in Phoenix, they're preparing for the holidays.

But between the markers and colored pencils, Ezell is using a special tool to see the pictures her students draw.

It looks just like a virtual reality headset and can zoom in on everything around her. It's called "IrisVision", a wearable device that transforms her vision from 20/400 to 20/30.

"I was diagnosed with Stargardt which is a form of macular degeneration," Ezell said.

While Ezell is legally blind, her diagnosis hasn't stopped her from teaching. A year and a half ago, the community and a local girl scout troop pitched in to buy her the device to make working in the classroom a little easier.

The first time she tried it on, Ezell says she was overcome with emotion.

"I just had tears rolling down because it was just the ease of knowing I can be present with my kids and not struggle or be embarrassed," she said.

Ezell says using the technology has also taught her students about acceptance and overcoming whatever challenges come their way.

"Advocating for myself, teaching my kids to show empathy and kindness to others, I think that's the way I can give back and thank everybody who did pitch in because there's no other way to say thank you," Ezell said.