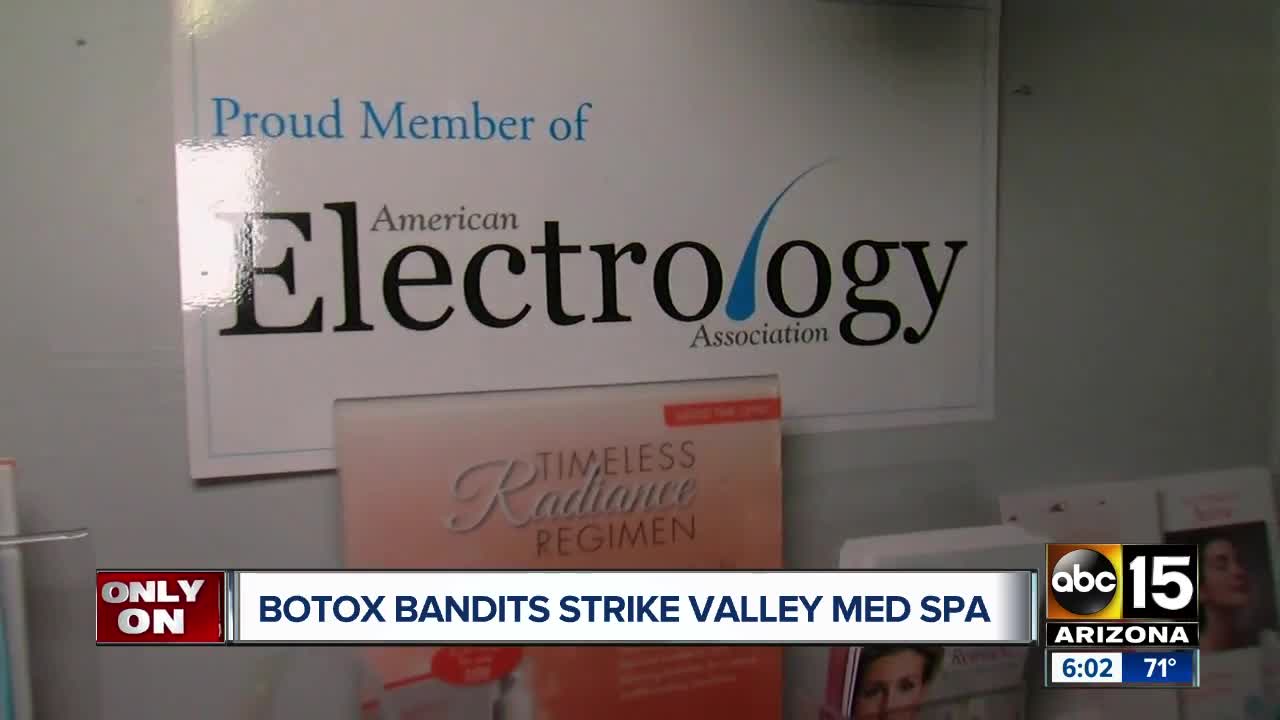 Surveillance video shows two thieves bouncing out on a big bill at an award-winning med spa in Phoenix. 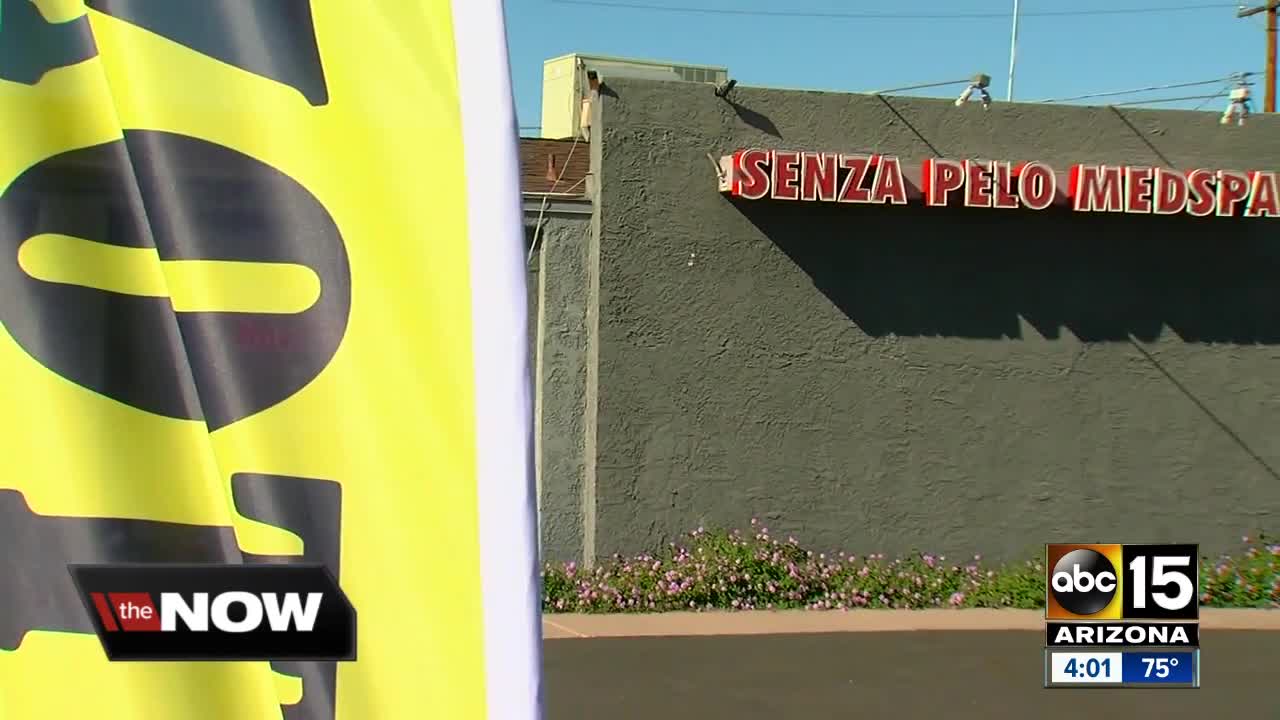 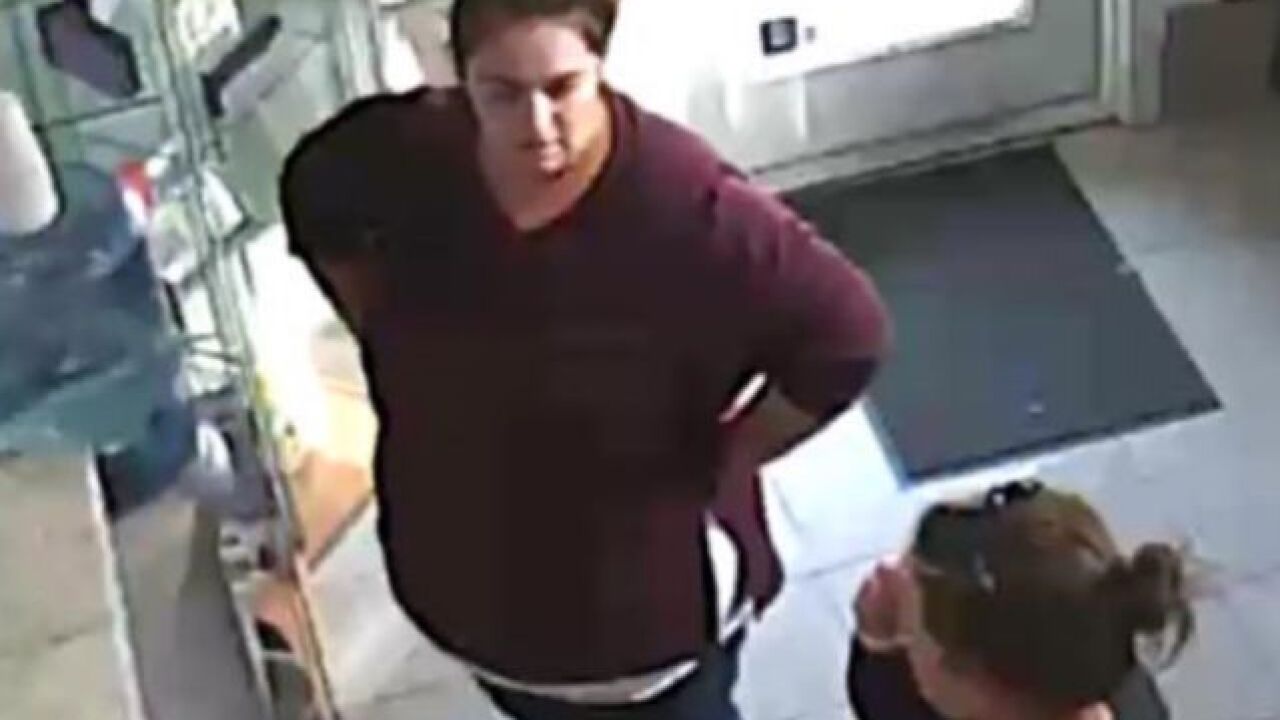 Surveillance video shows two thieves bouncing out on a big bill at an award-winning med spa in Phoenix.

Now on the run, the owners of the spa are hoping someone might know and help catch these Botox bandits.

“They were new people and they came in and my mother gave them a hug and greeted them in the lobby,” said Stephanie Shields.

Shields, whose parents own Senza Pelo Med Spa off 19th avenue and Bethany Home Road, said they had no idea the same women receiving that warm welcome would rip them off less than an hour later.

“Our entire business is based on trust, we don’t have anybody pay for services ahead of time,” said owner Angelo Denicola.

That trust has built this business a stellar reputation; dozens of awards litter their office.

But on Wednesday, the two women caught on surveillance video took advantage of that office.

Ordering up twelve hundred dollars worth of Botox.

A service that does require before and after pictures.

“One of them managed to distract our nurse while the other one was getting services, to take her own pictures off the iPad,” said Shields.

While she removed her pictures, she left her accomplices untouched, allowing us to show them to you.

Not only did they steal from the business but the nurse who gets a commission on the treatment itself.

“So often people go oh I’m so sorry, I left my purse or my wallet in the car and we get it, it happens,” said Shields.

That’s what these women said this time.

“One of the two goes, oh my gosh I left my wallet in the car and she ran out,” said Denicola.

Moments later, her partner in crime made a break for it too.

The video shows workers running out after them as they sped from the parking lot.

This business now hopes someone watching knows who they are and points police in the right direction.

“Well you know they need to suffer the consequences for their actions, I mean it’s not right what they did, and it’s not so much about the money as I wouldn’t want them to do this to another small business owner,” said Denicola.

Fortunately, workers were also able to get the license plate number off the getaway vehicle. If you have any information on this crime, you're asked to call Phoenix police.