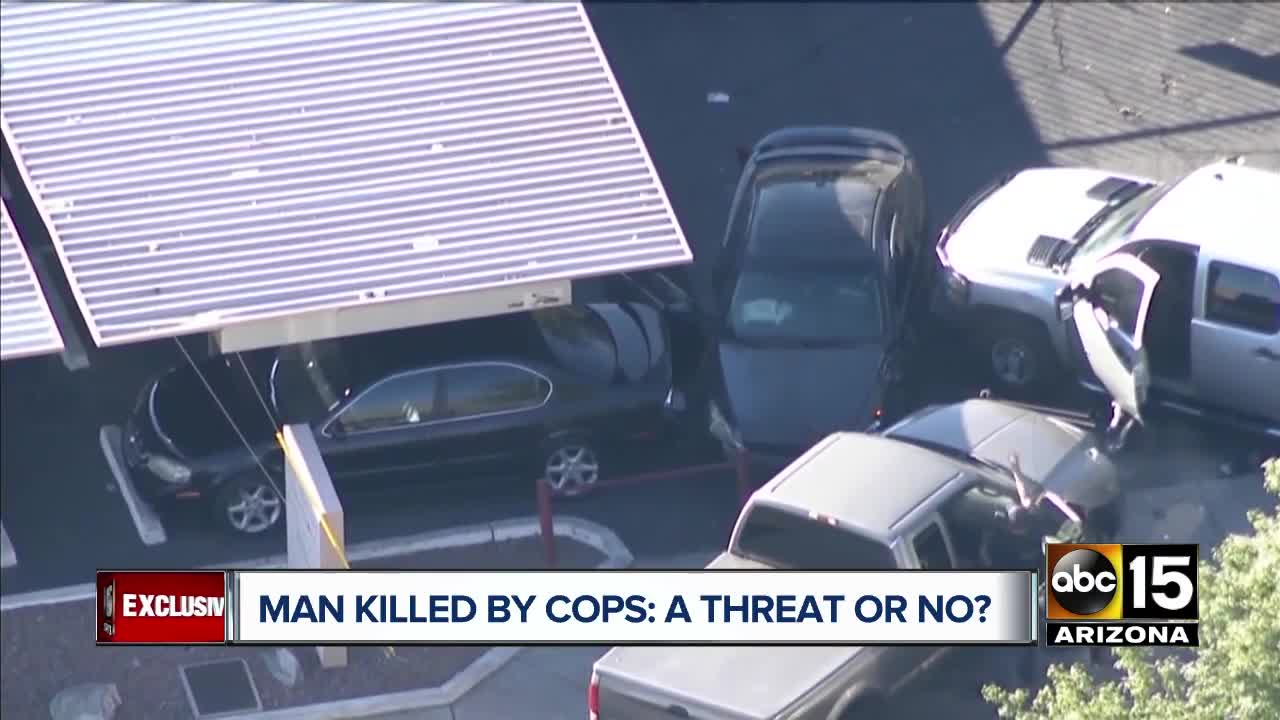 A woman who witnessed an officer-involved shooting after a pursuit in the West Valley spoke to ABC15's Nicole Valdes. 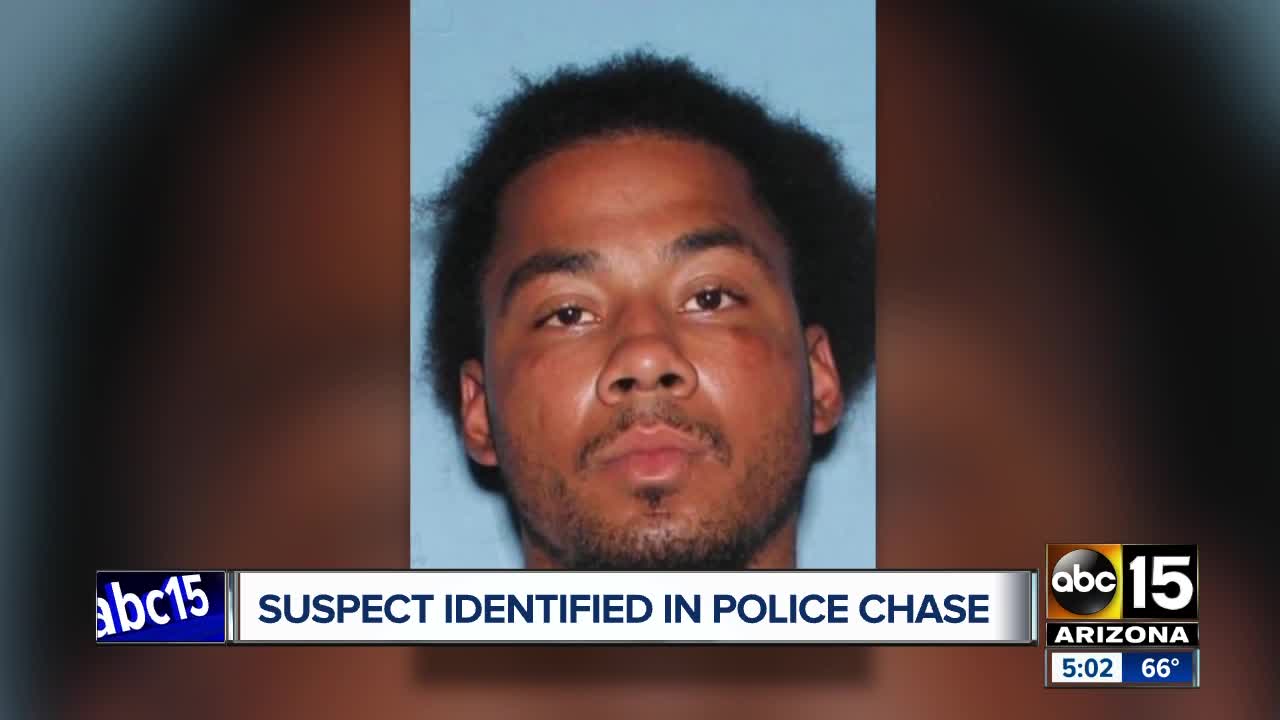 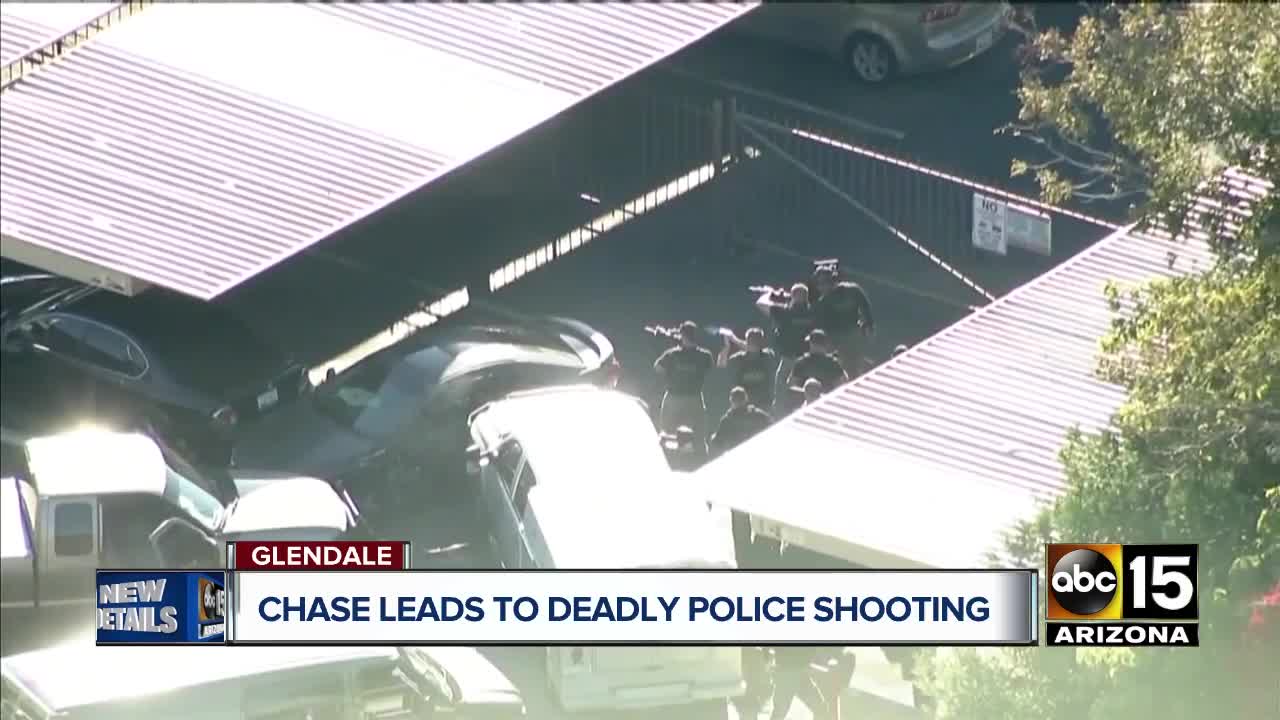 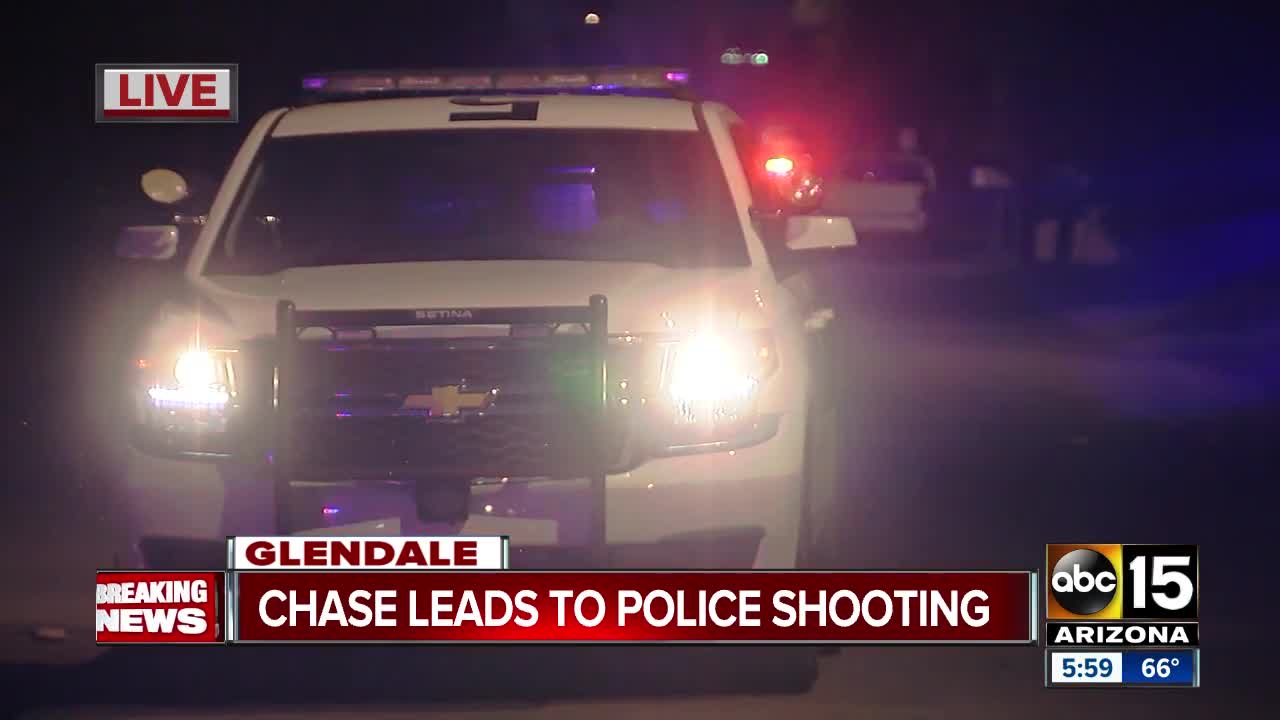 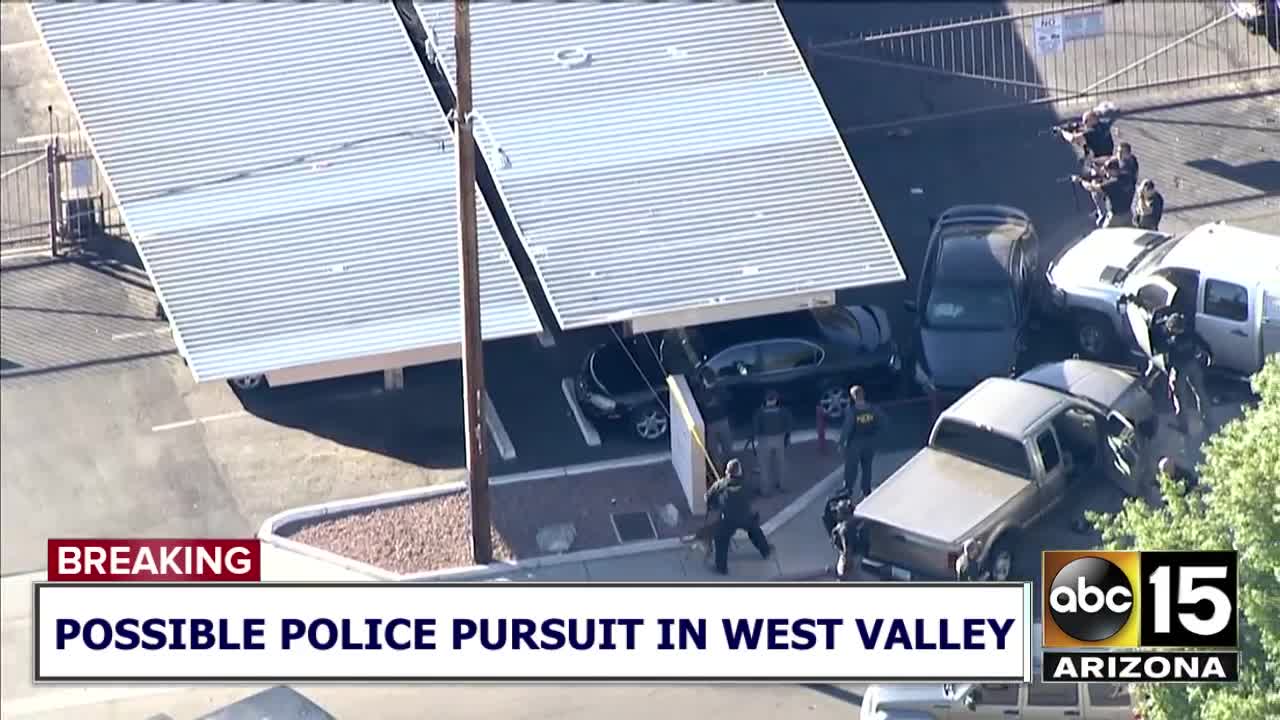 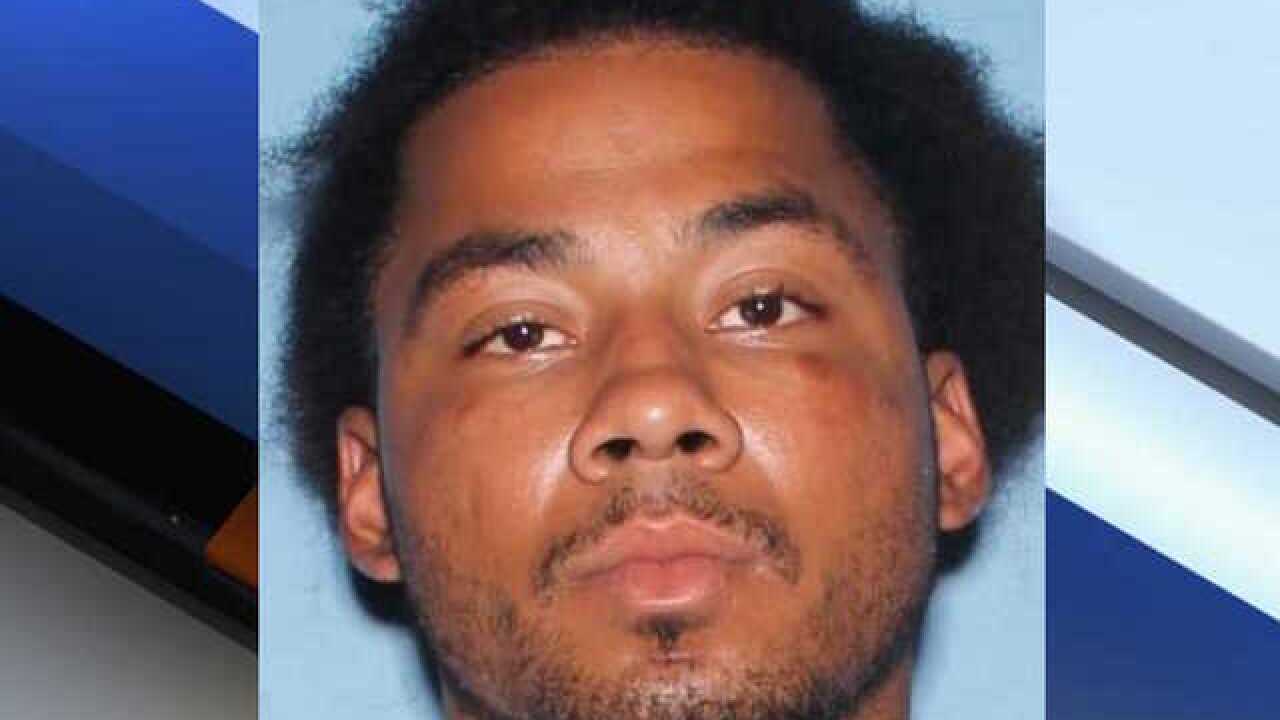 Multiple Valley law enforcement agencies were involved in a pursuit that went from central Phoenix to Glendale and ended in a deadly shooting.

Glendale police say the suspect, 24-year-old Timothy Odell Leon, was shot and killed after the pursuit ended in a crash involving officers in an apartment complex near 63rd Avenue and Maryland in Glendale.

Police say the suspect was most recently involved in an armed robbery near 32nd Street and Thomas earlier Tuesday, which led to the pursuit.

Phoenix police began the pursuit, and the vehicle was eventually stopped in Glendale by what appeared to be unmarked police vehicles. The suspect was seen getting out of the vehicle before police eventually used deadly force.

RELATED: Officer-involved shootings in Phoenix: When, where they occurred in 2018

No officers were injured in the shooting.

Media staging location for @phoenixpolice 998 will be at 65th Ave and Maryland north side. Thank you for your patience no reports of any officers injured. No info yet on suspect.

Police say after his car was pinned, Leon attempted to flee his vehicle and didn't respond to police commands. At least three officers opened fire on Leon after he reportedly pointed his gun at officers. Leon did not fire any shots, according to police.

The shooting, which happened just before 3:30 p.m. in a residential area, came as a shock to many who live nearby.

"It was pretty dramatic, there were kids outside, they’re actually kids right there by the gate when they started shooting," said Teresa Cordova. "It was scary because I’m just coming outside to walk to my car, not even realizing what’s going on, and in a split second just guns just firing."

Unoe Calvin witnessed the incident and recounted the experience to ABC15.

"When I seen the cars flying down the street, that's when I hit record cause I was like something is happening right now."

Calvin said officers continued to fire at the suspect after he was down.

Glendale police have assumed the investigation of the officer-involved shooting, which only involved Phoenix officers.