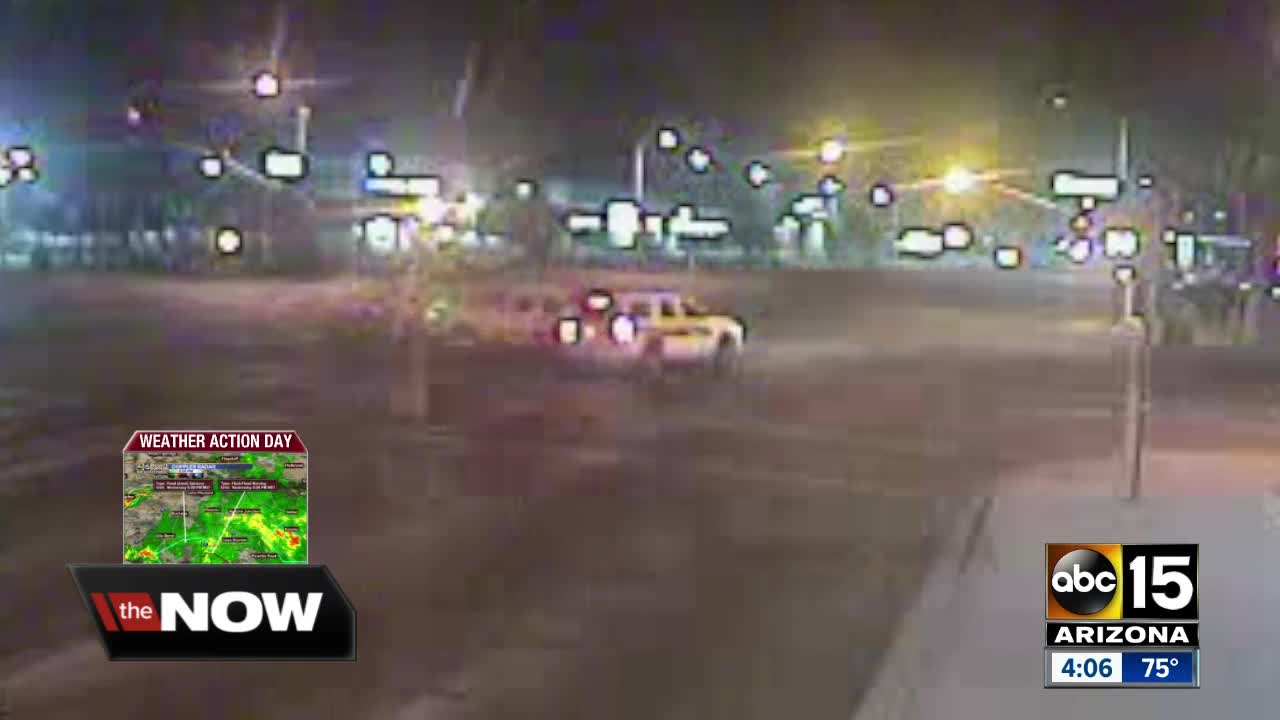 A Phoenix police officer who was injured in a crash with a red light runner spoke to ABC15's John Genovese on his recovery. 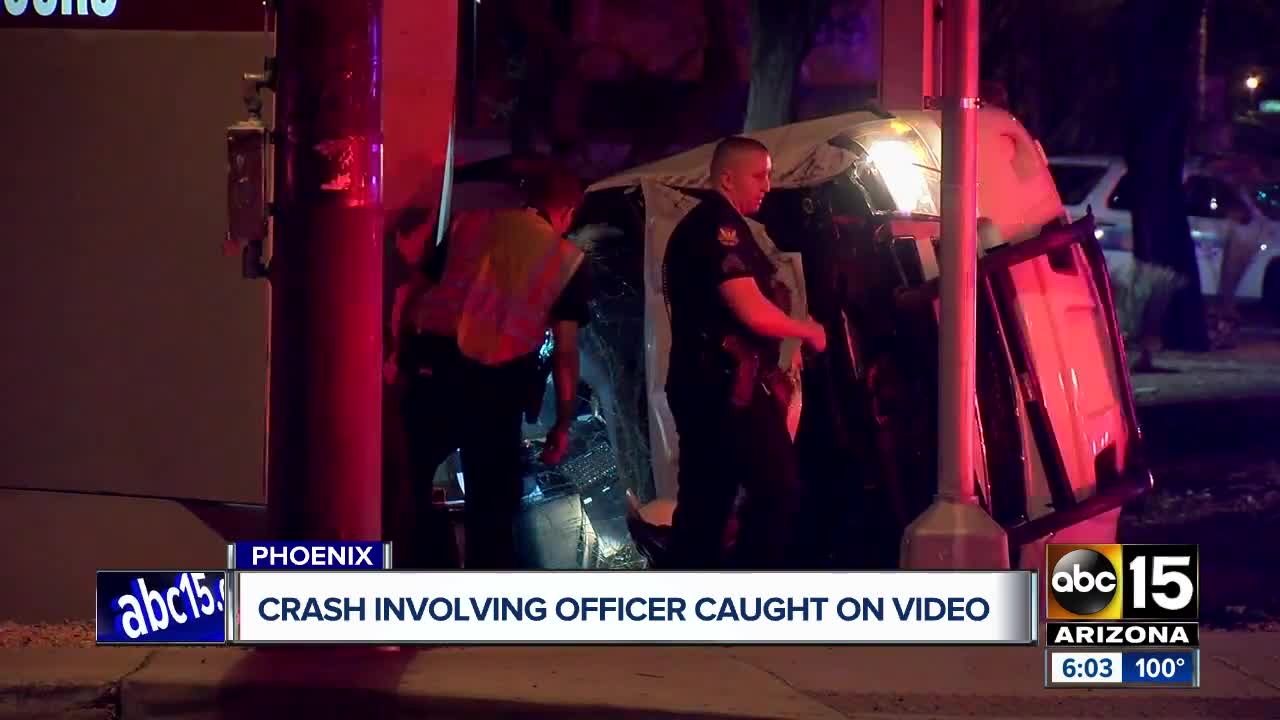 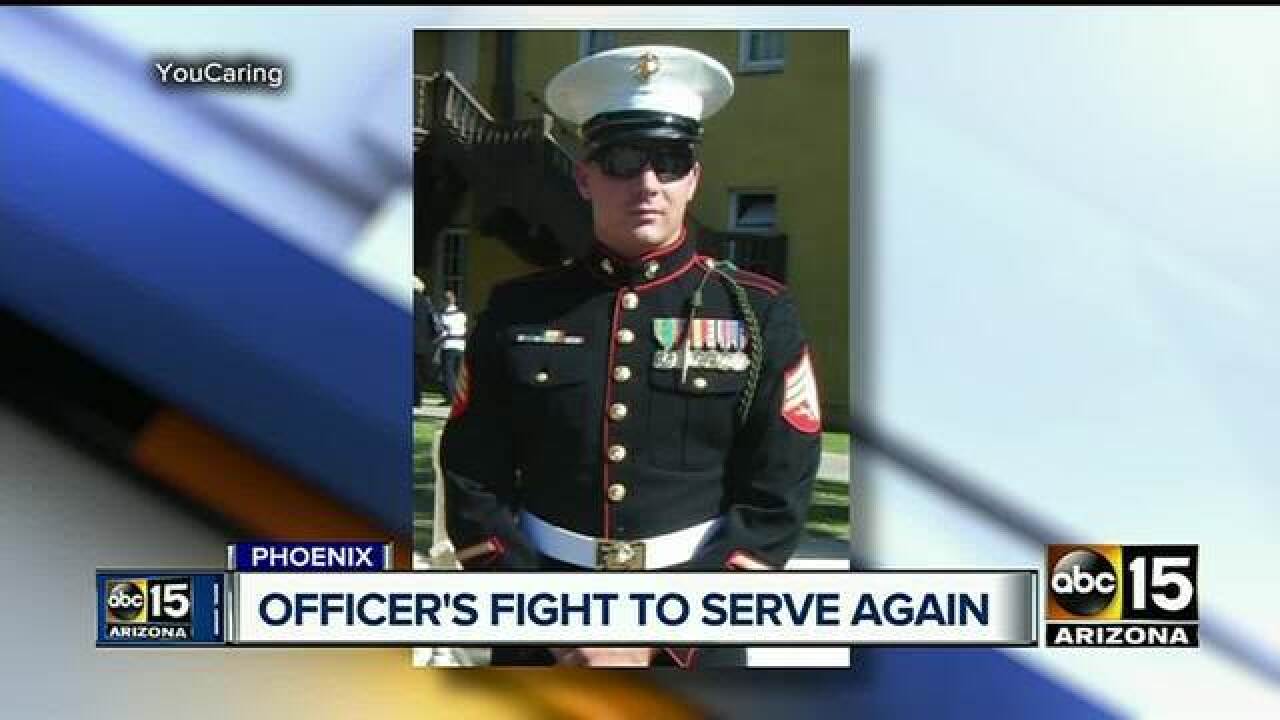 Officer James Wolfenden's arrived on the scene of drunk-driving crashes countless times but "it's a little more real when you're involved in it," he told ABC15 on Wednesday.

The Phoenix Police Department released traffic camera video this week from around 4 a.m. on Father's Day last year showing another car running a red light and slamming into his police SUV, causing the vehicle to roll several times.

Wolfenden arranged with his supervisor to leave work slightly early that day, June 18th, 2017, to barbecue with his kids. He was driving through the intersection of 35th and Glendale avenues when the crash happened.

"I remember rolling over, I remember cutting myself out of the seat belt," he said. The SUV landed on its side and other officers helped pull him out through the windshield.

Wolfenden suffered a shattered pelvis and was rushed to the hospital where he spent three weeks. Upon his release, he began more than a year of rigorous physical therapy and did not return to light-duty police work until this past July.

"I could not have asked for more support from the community, from the police department [and] from friends and family," he said.

Wolfenden spent eight years serving in the Marines and after the crash talked with many former comrades. He extensively studied the suicide rate of veterans and first responders and decided to start his own non-profit called Catch 22 to help those battling PTSD.

"Guys that are out there putting it all on the line -- they shouldn't lose it to themselves in the end," he said.