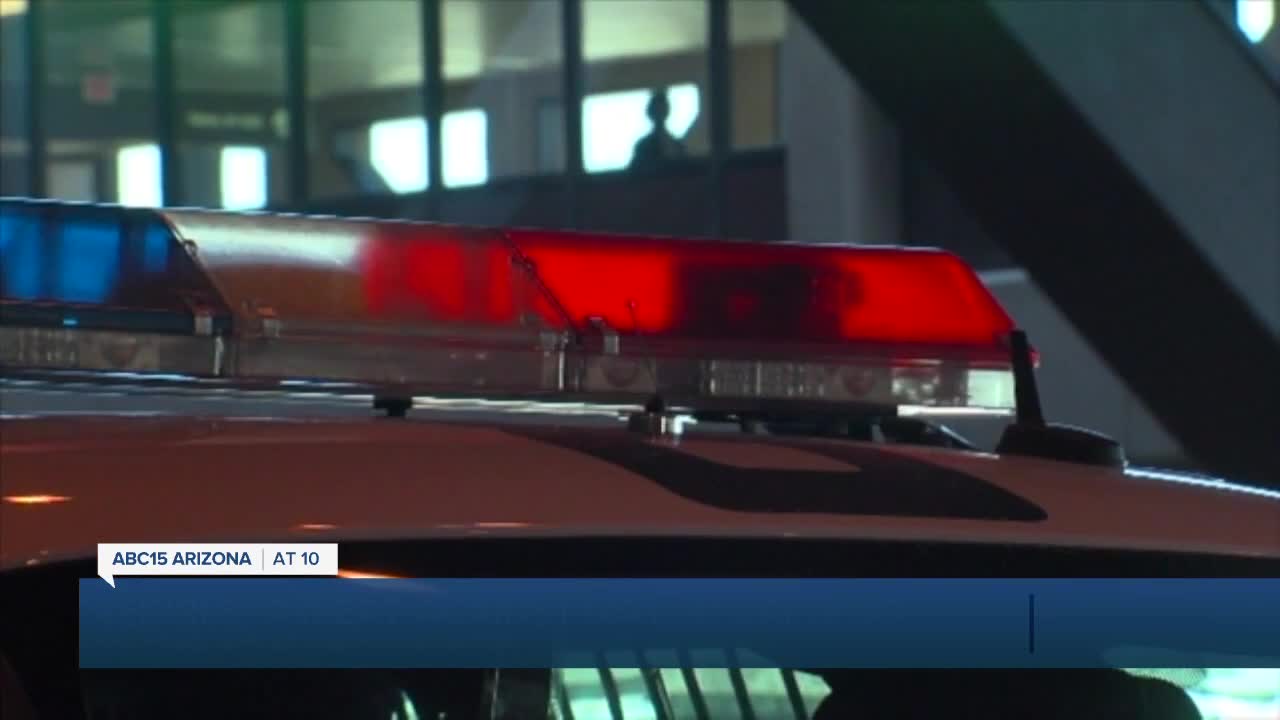 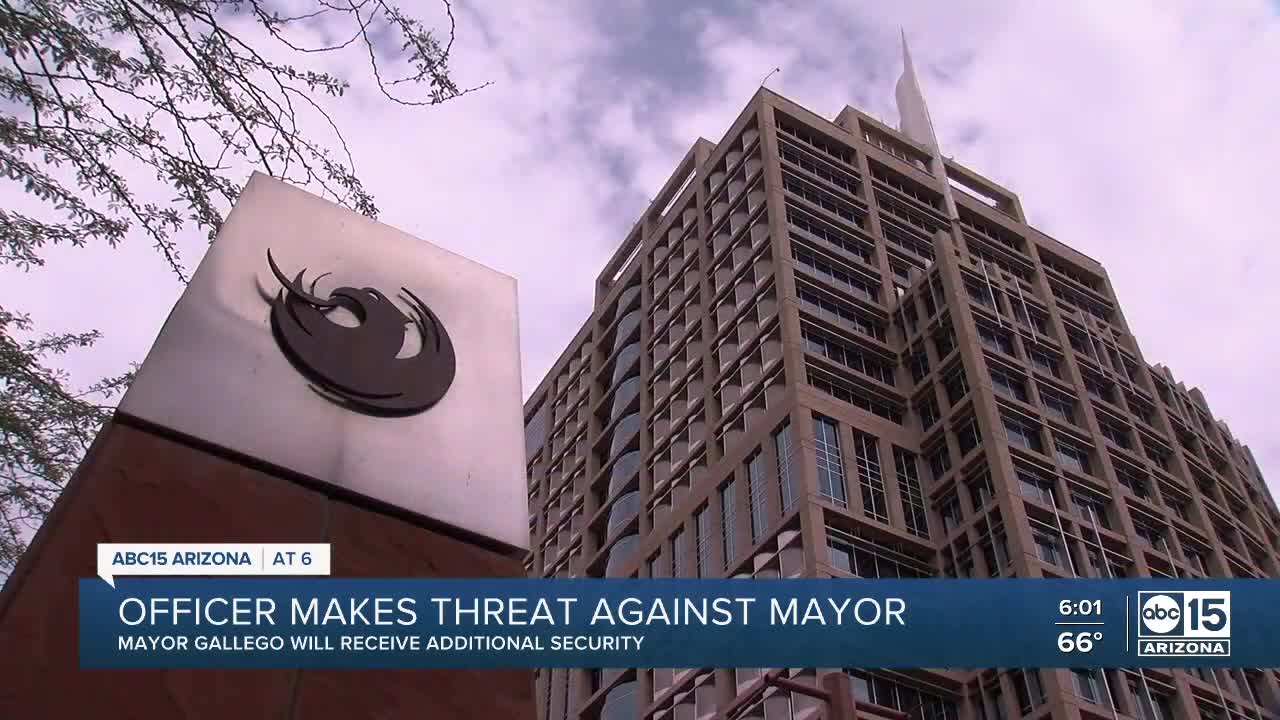 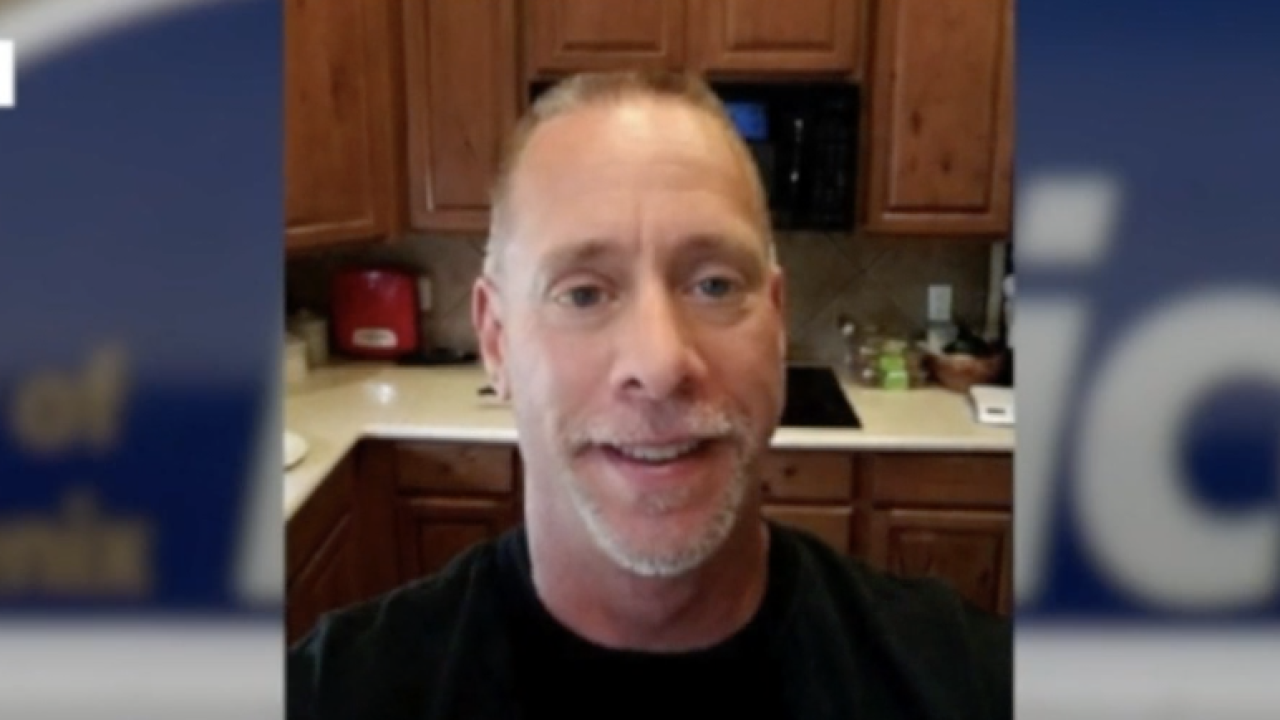 PHOENIX — A Phoenix police officer is accused of making a threat of violence against Phoenix Mayor Kate Gallego.

The "credible threat" came within the last two weeks, according to a Jeanine L'Ecuyer, a Gallego spokeswoman. L'Ecuyer said that additional police protection has been provided to Gallego since the threat became known. The Phoenix Mayor's Office also confirmed an investigation is underway.

Two sources familiar with the case identified the officer as Steve Poulos. Pension board records showed he's been a police officer for more than 22 years.

When reached by phone Tuesday afternoon, Poulos called the allegation against him "ridiculous" because "it's not what I said." He referred ABC15 to his lawyer for additional comment.

Sources inside the department tell ABC15 fellow officers reported the threat after Poulos made the threat while on-duty and in uniform.

"A police officer mentioned it in front of other police officers. And someone came forward and brought the threat forward," said Councilman Carlos Garcia.

"You can think a lot of things, but you don’t get to verbalize them, especially as law enforcement," said Retired Phoenix Assistant Chief Andy Anderson. "This could very easily be a felony, yes. Depending on what the investigation shows."

Retired Phoenix police command staff tell ABC15 that if Tempe police and prosecutors do not find the threat to be a felony, officer Poulos will likely be able retire after his two decades on the force.

"I don’t think the citizens of Phoenix should continue to pay someone they retirement when they’re threatening to shoot a public official," said Garcia.

The debate around police reform and accountability has become increasingly hostile, both nationally and in Arizona.

"This threat has been allowed by the behavior of PLEA," said Garcia, referencing Phoenix PD's main rank and file union.

Historically, PLEA has been incredibly outspoken about the local politicians.

The union though, was noticeably silent on social media Tuesday and did not return multiple requests for comment.

"I think they need to be careful with the words and the way that they attack us on the council for trying to hold him accountable," said Garcia. "I think that only leads to threats like this or creating further animosity from police officers."

When Chief Jeri Williams fired officers in late 2019, she said, "I made my decision by I know that the trust was eroded, and the brand called the phoenix police department was tarnished."

Now the brand is impacted again, and it involves one of the few people Chief Williams reports to in the city

"The Mayor’s office is aware of a credible threat made by a member of the Phoenix Police Department to harm the Mayor. We are also aware an investigation is underway. Additional police protection has been provided to the Mayor."

ABC15 is trying to determine the exact nature of the threat and how it was made. Gallego, who has pushed for police reforms, including a citizen review board, is up for reelection in November.

ABC15 reached out to the Phoenix Police Department for more details on Poulos' current employment status and what, if any, criminal investigation is underway. The department released the following statement:

Tempe police confirm that they were asked on Friday to investigate the incident by the Phoenix Police Department.

See the full statement from Tempe police officials below.