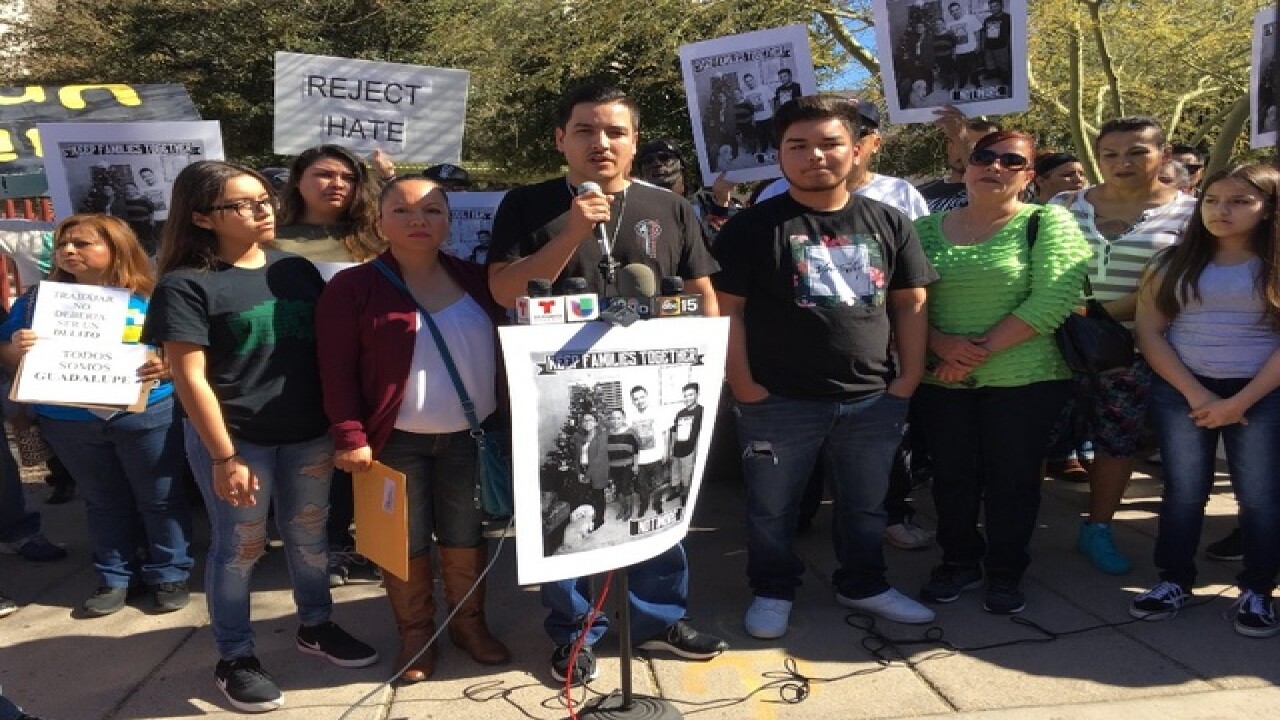 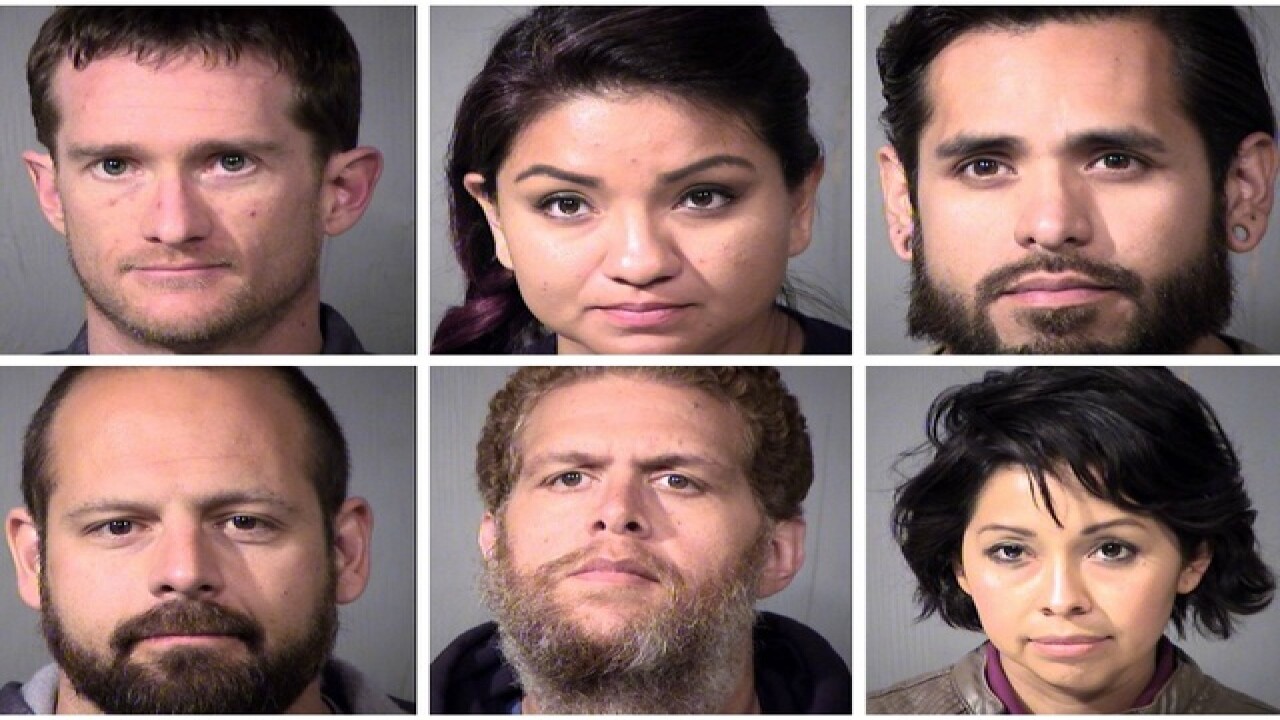 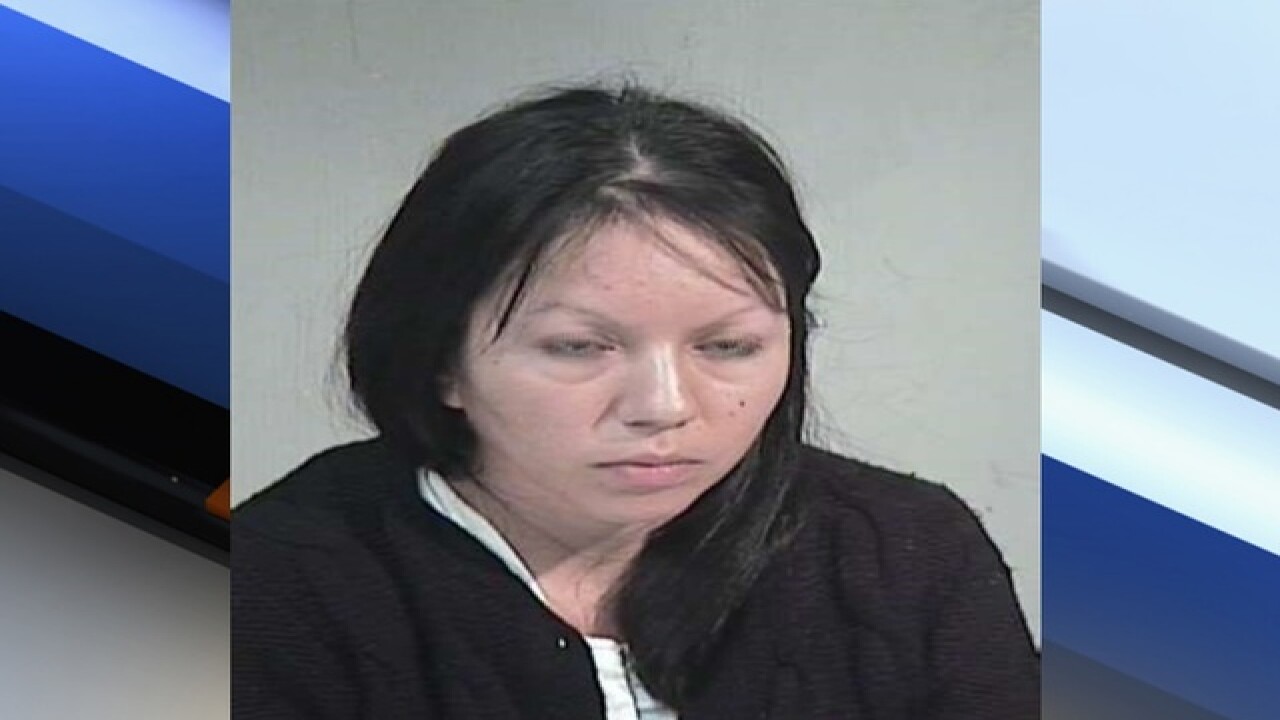 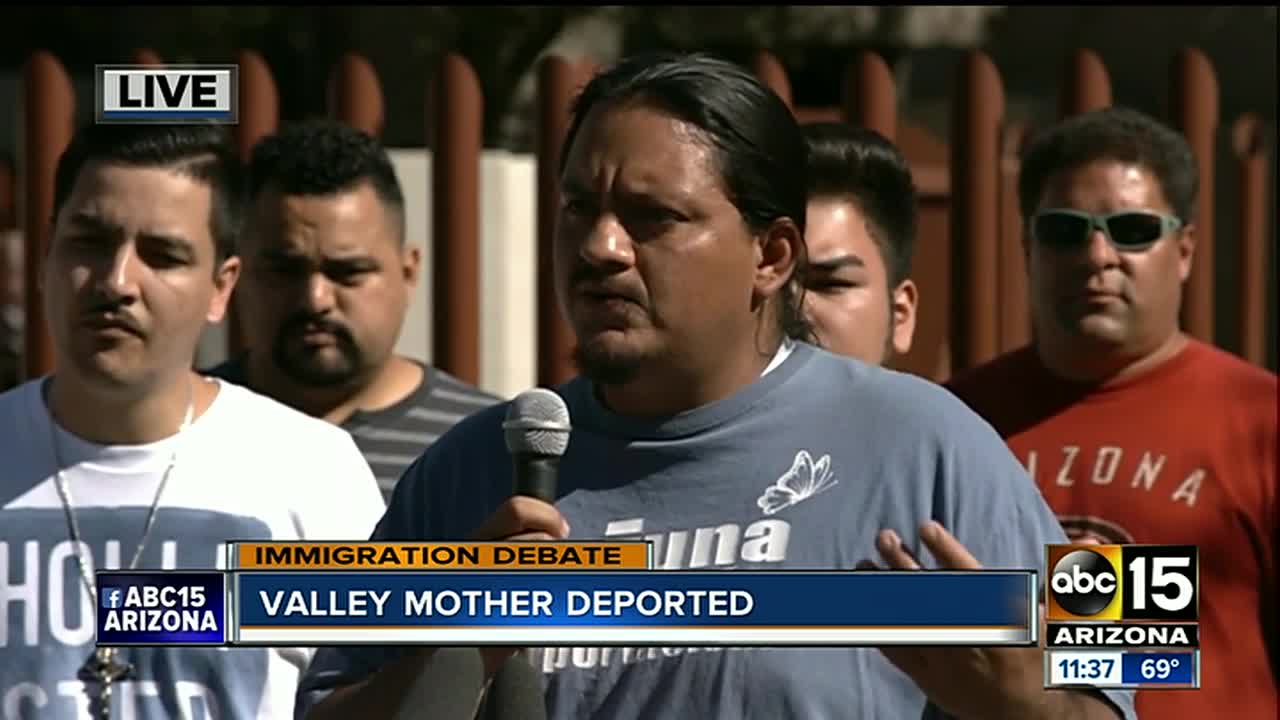 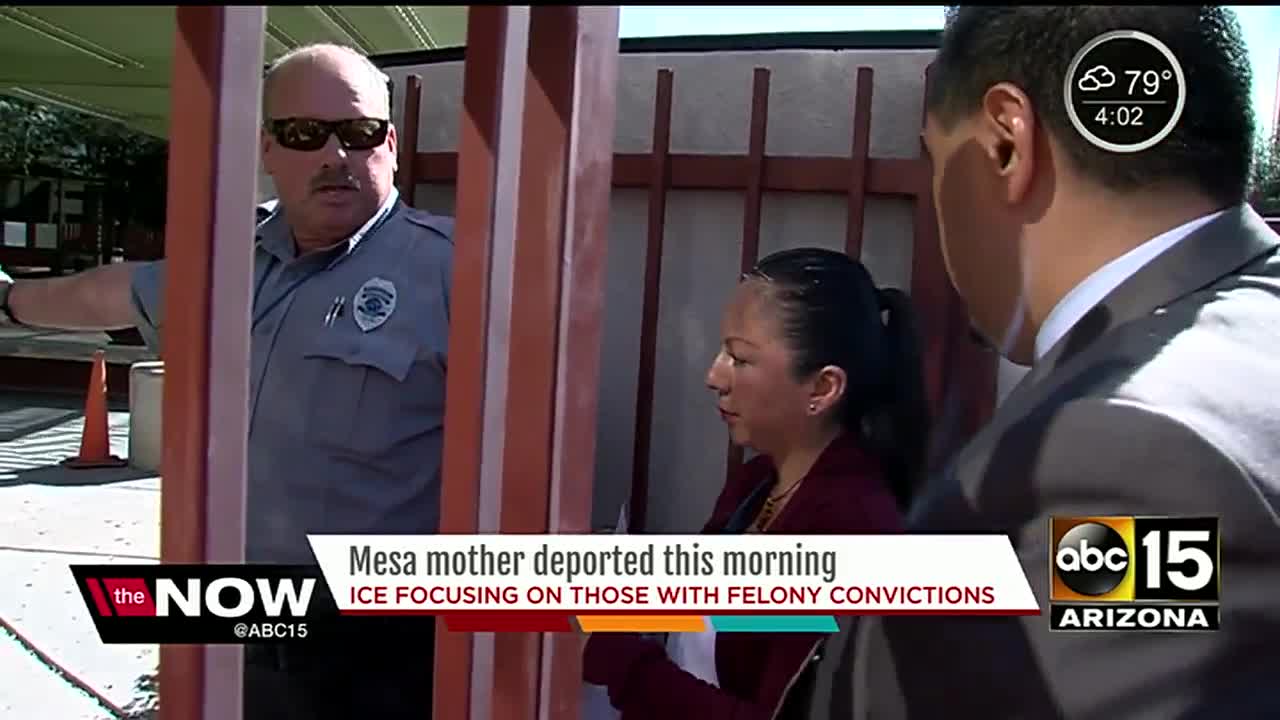 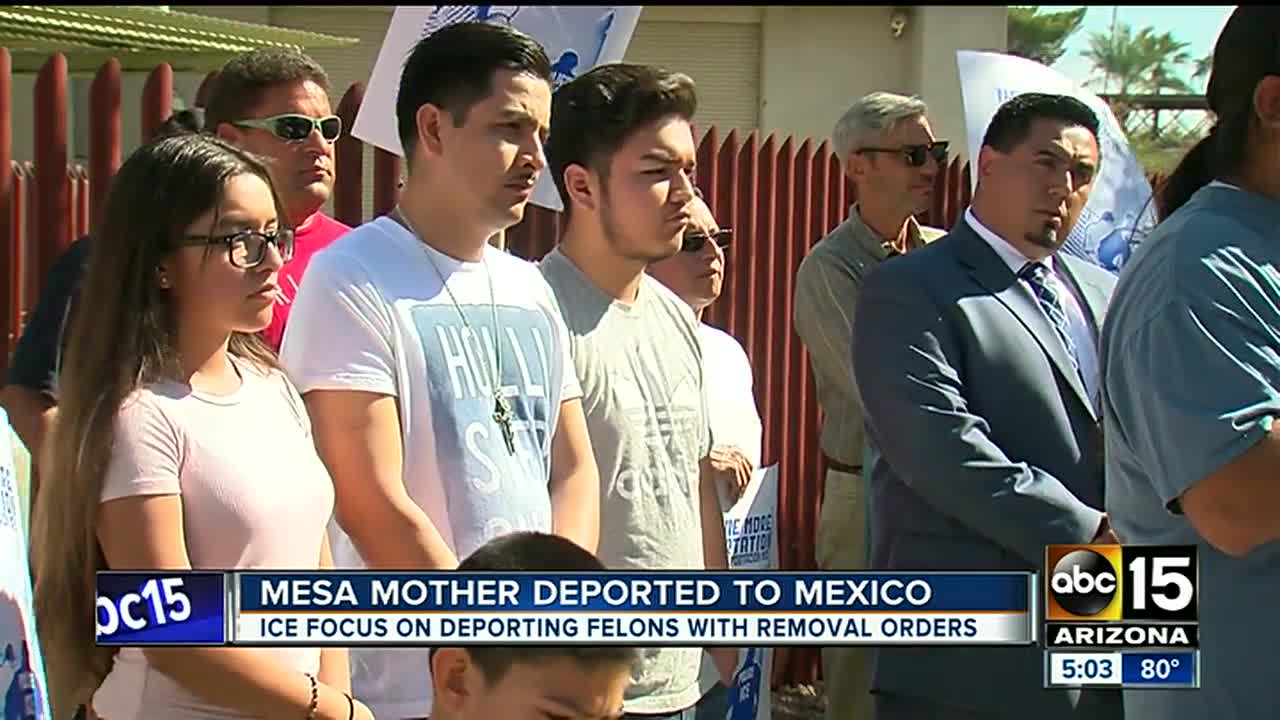 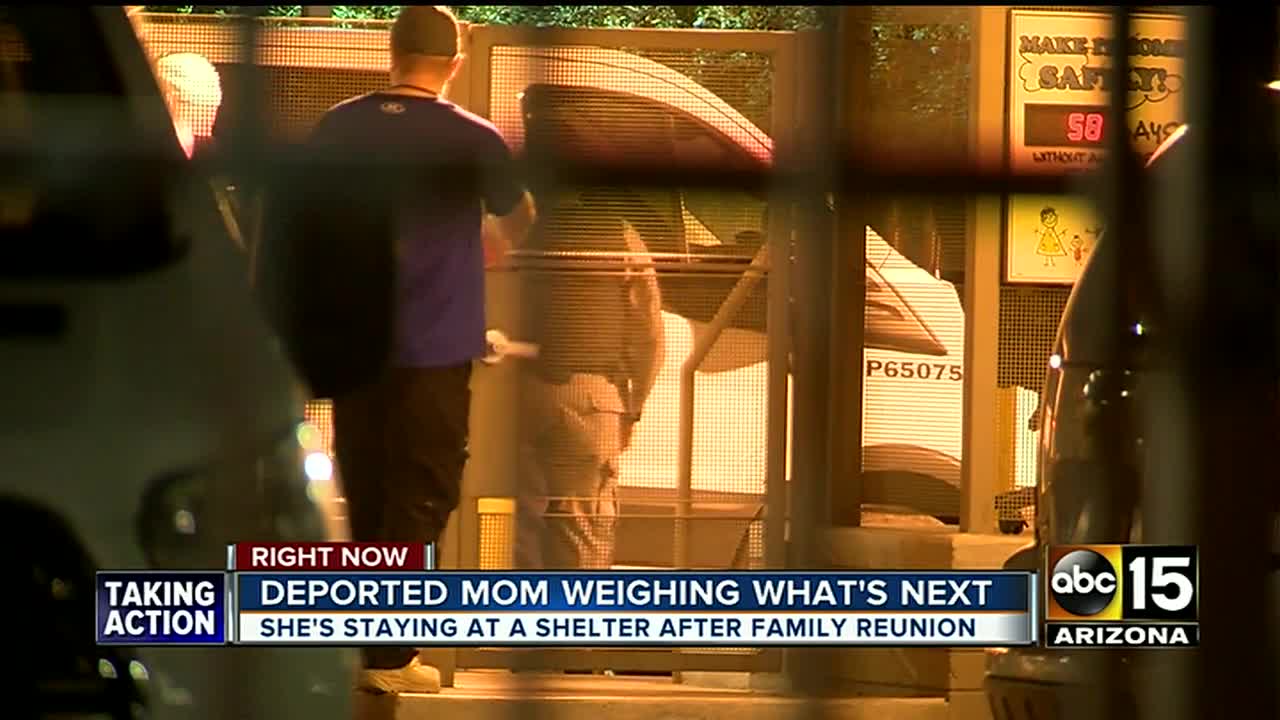 An immigrant mother who was granted leniency under the President Obama administration has been deported to Mexico in a sign of how President Trump will carry through on his campaign promises on immigration.

The lawyer for Guadalupe Garcia de Rayos and an immigrant advocacy group say they learned from Mexican diplomats in the U.S. that she had been taken back to Mexico.

The Phoenix mother was in the country illegally and checked in Wednesday for what she thought was a routine meeting with Immigration, Customs and Enforcement officials. They then moved to deport her, prompting protests.

Seven people were arrested after they blocked ICE vans from leaving a Phoenix location. They have been identified as: Walter Staton, Manuel Saldana, Beth King, Angeles Maldonado, Kenneth Chapman and Luke Black.

"I don't regret the check-in. I did everything I was supposed to do in all of my check-ins," she said. "I did feel like they made an example out of me."

Guadalupe Garcia de Rayos says she doesn't have a plan for what she is going to do next, but says her kids will continue to live in the United States and go to school.

Ms. Garcia, who has a prior felony conviction in Arizona for criminal impersonation, was the subject of a court-issued removal order that became final in July 2013. Ms. Garcia’s immigration case underwent review at multiple levels of the immigration court system, including the Board of Immigration Appeals, and the judges held she did not have a legal basis to remain in the U.S.  ICE will continue to focus on identifying and removing individuals with felony convictions who have final orders of removal issued by the nation’s immigration courts.”