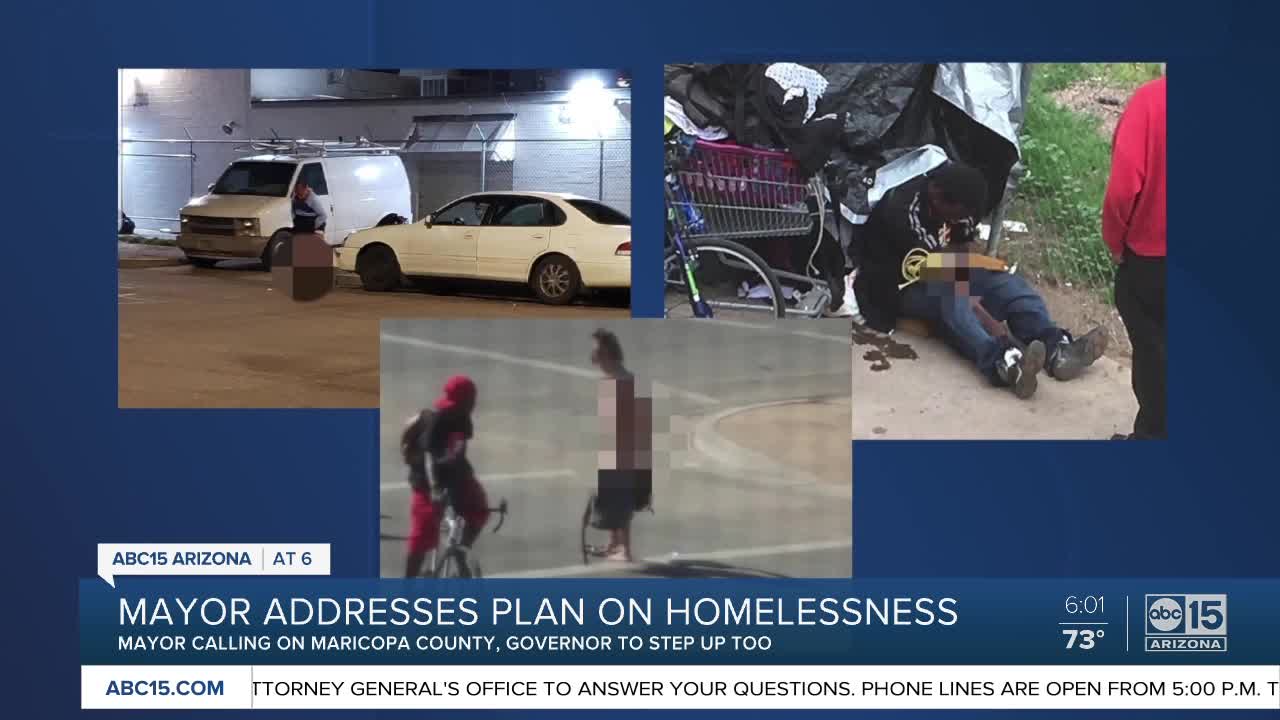 The Phoenix mayor addressed the homelessness problem in the city Tuesday during a press conference while the district's councilman called for more transparency. 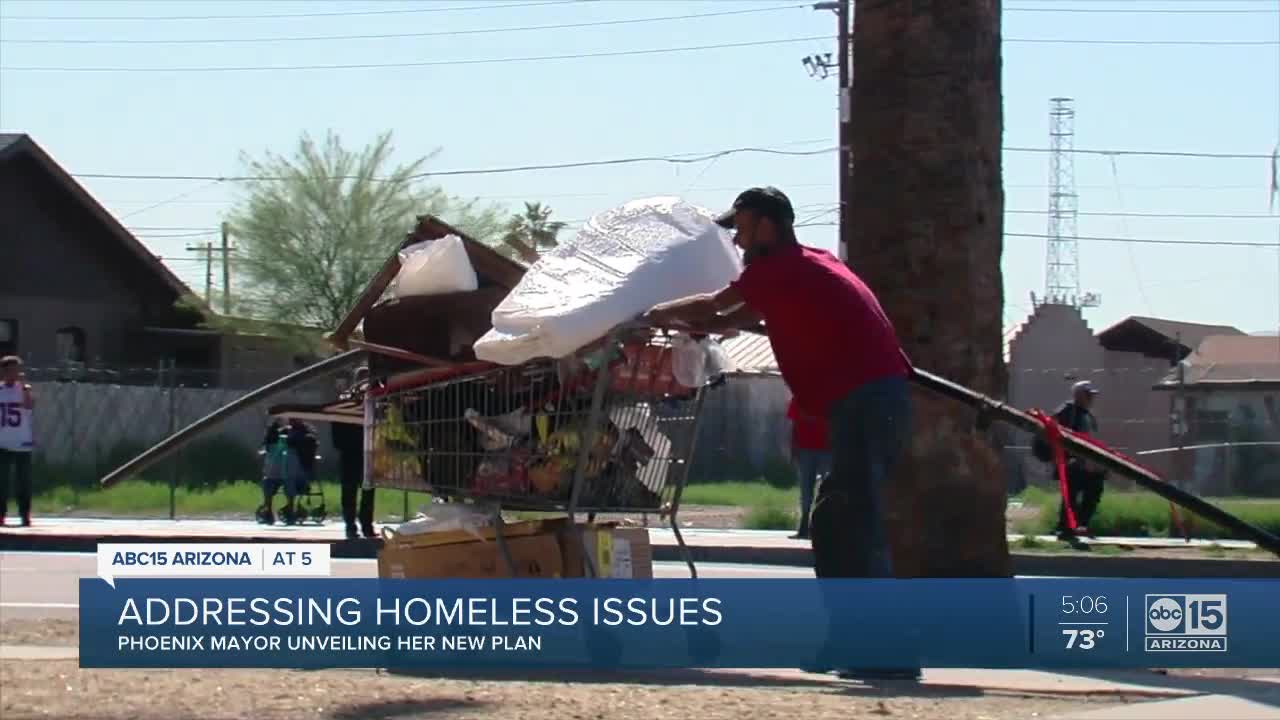 PHOENIX — The mayor of the largest city in Maricopa County is calling for the governor and county leaders to step up with her to address homelessness in Phoenix.

In a press conference on Monday, Mayor Kate Gallego unveiled her plan that includes adding $3 million to her proposed budget for resources.

The mayor also said she has asked the city manager to come up with a plan and to deliver to Phoenix City Council no later than June 1.

"This Wednesday, the council will formally vote to proceed with the formation of this plan," she said.

Along with calling for the city manager to come up with a plan, Mayor Gallego is calling for Governor Doug Ducey to step up as well, and Maricopa County.

"We would like to see the State of Arizona help us make sure there are emergency beds throughout Maricopa County," she said.

PHX’ growth has brought opportunity & challenges. Homelessness and housing being one. Over the next 90 days we will work closely w/ the community & council to improve & expand our homelessness plan. PHX is putting funding, policy, & programming forward. We ask others to join us. pic.twitter.com/CluEWNaVqu

The mayor says the problem is complex -- that people sleeping in Phoenix's backyard are not just from Phoenix, but other cities in Maricopa County.

"The way to fix homelessness is not congregating individuals from across a region into one neighborhood," she said.

Gallego also said that the governor has agreed to host a summit with all the mayors from Maricopa County to address the issue.

Nowakowski, covers District 7, and says that he has been asking for a meeting on the topic, but says the mayor has not responded.

"It's the first time I've ever seen a councilmember kicked out of a press conference for asking to meet with the mayor," he said.

ABC15 reported last week on rats, trash, and feces taking over the encampment areas of downtown.

In an email to city council members, concerned neighbors sent photos that show what is happening in the neighborhood.

Everything from people with needles in their arms, a woman running around naked, to people using the bathroom along the roadway.

KICKED OUT: District 7 councilman was kicked out of Mayor Gallego's press conference today on her plan to address homelessness. Listen as Councilman Nowakowski sounds off on not being invited as he represents the area of encampments in Phoenix. pic.twitter.com/dxRH0AQ92U

Neighbors have been asking for a temporary emergency overflow shelter to get people, and tents off the streets. This is something that the mayor did not address in her press conference.

The mayor did discuss adding more beds to the shelters downtown, "the campus has asked for 500 additional beds," she said, "I'm not sure that is the right number for Downtown Phoenix, but I am willing to sit down and discuss that with stakeholders."

Neighbors have concerns about adding more beds to the shelters because majority of those sleeping on the streets don't want to be inside a shelter because of strict rules to stay inside, including a curfew.

Along with homelessness, the mayor said she's addressing affordable housing as this year there will be construction of 455 units.

ABC15 reached out to the governor's office about the request for the state to step in and help as well.

A spokesperson sent us a statement by email late Tuesday:

It said in part, "this is a complex issue, one that can’t be addressed without also addressing issues like substance abuse and mental health. We want to make sure we’re paying attention to all factors that contribute to homelessness."