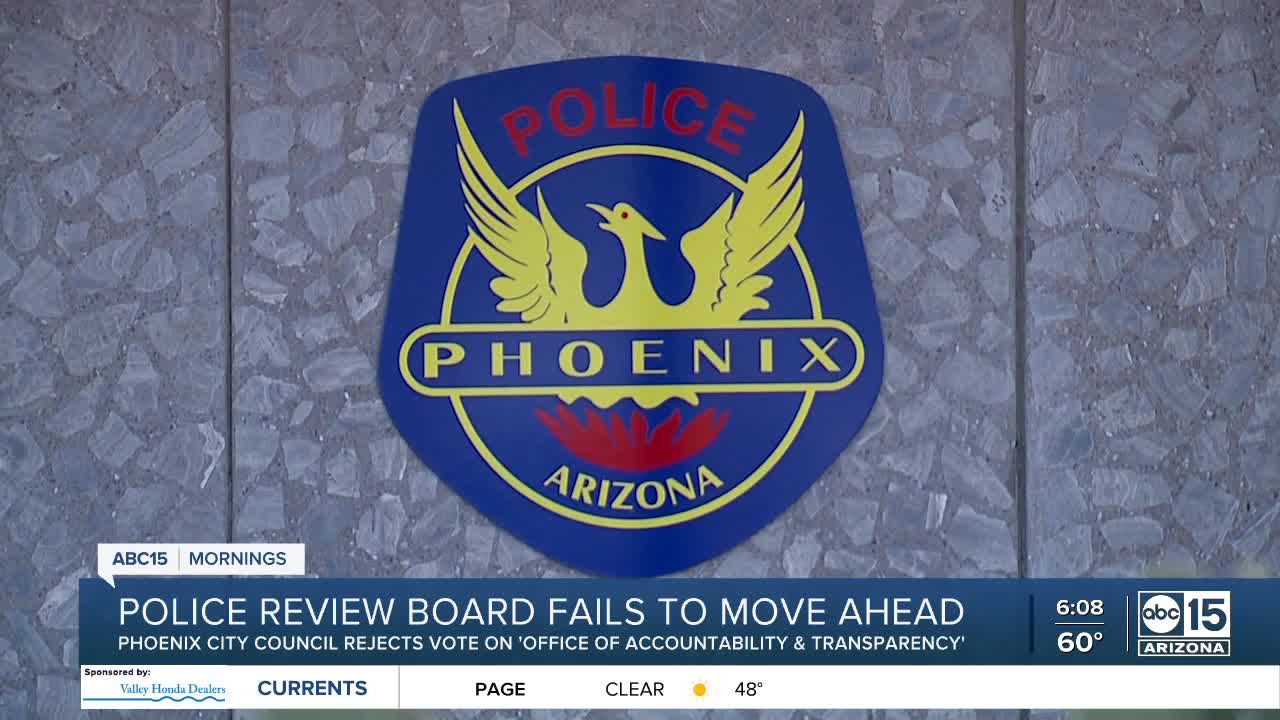 Phoenix City Council rejected the vote for an Office of Accountability and Transparency." 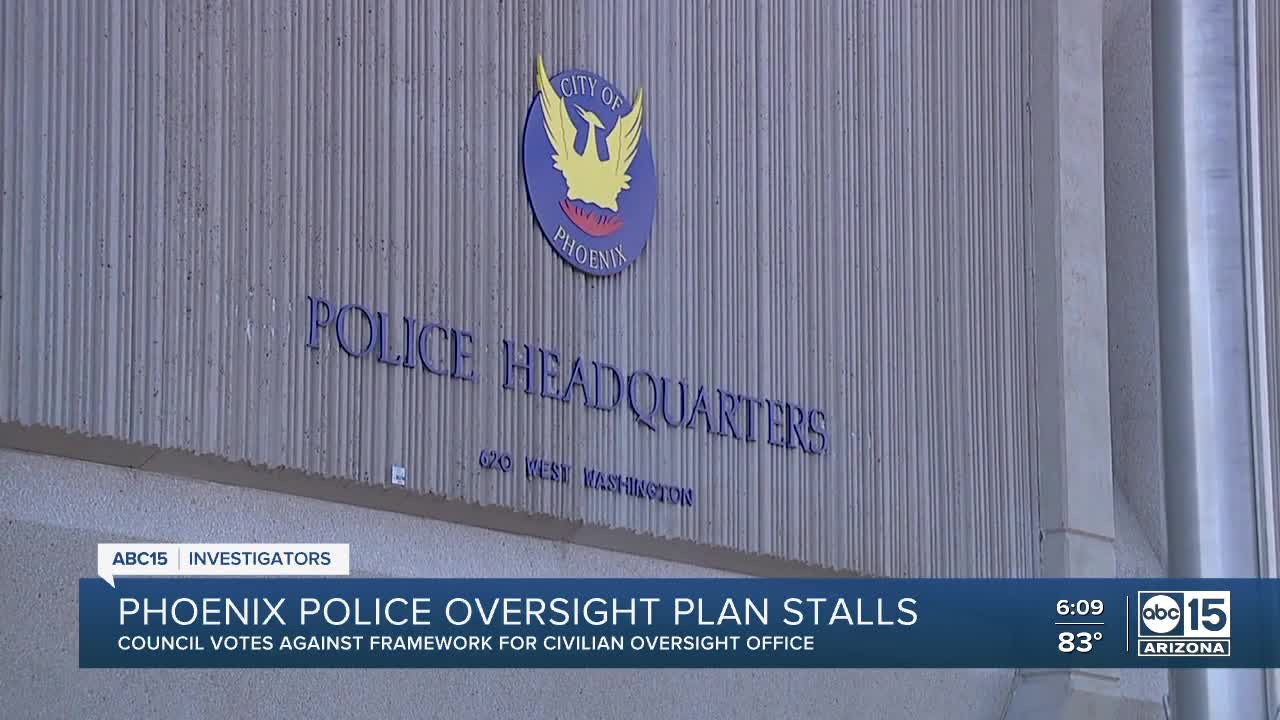 PHOENIX — In a 5-4 vote on Wednesday night, Phoenix city council rejected an ordinance that would’ve established a new “Office of Accountability and Transparency” for civilians to monitor police use-of-force incidents.

Dozens of citizens spoke ahead of the council vote, some voicing support for the measure as a positive first step and others expressing concern that it didn’t go far enough.

“If this ordinance passes, we are running a huge risk of doing nothing but legitimizing the current police department investigative review process,” Ben Laughlin said during the public comment portion of the meeting.

Laughlin is a policy coordinator with a Valley advocacy group, Poder in Action, and spoke in opposition to the measure because the ordinance did not include language that would allow the citizen board to conduct independent investigations into police shootings or use of force.

“We’re going to be in the same place, having the same damn conversations for years to come while dozens more people are killed by Phoenix police and you all are tiptoeing around the fundamental changes that actually need to happen,” he said.

“We’re not going away,” Garcia told ABC15 following the vote. “Police transparency and accountability continues to be something we can work on and, fortunately, in a couple months we’ll have a chance with a whole new council to see if we can get it done.”

A new city council is set to take office in April and will have until July to vote in favor of the ordinance. If not, the $3 million will be reallocated to the city’s general fund.