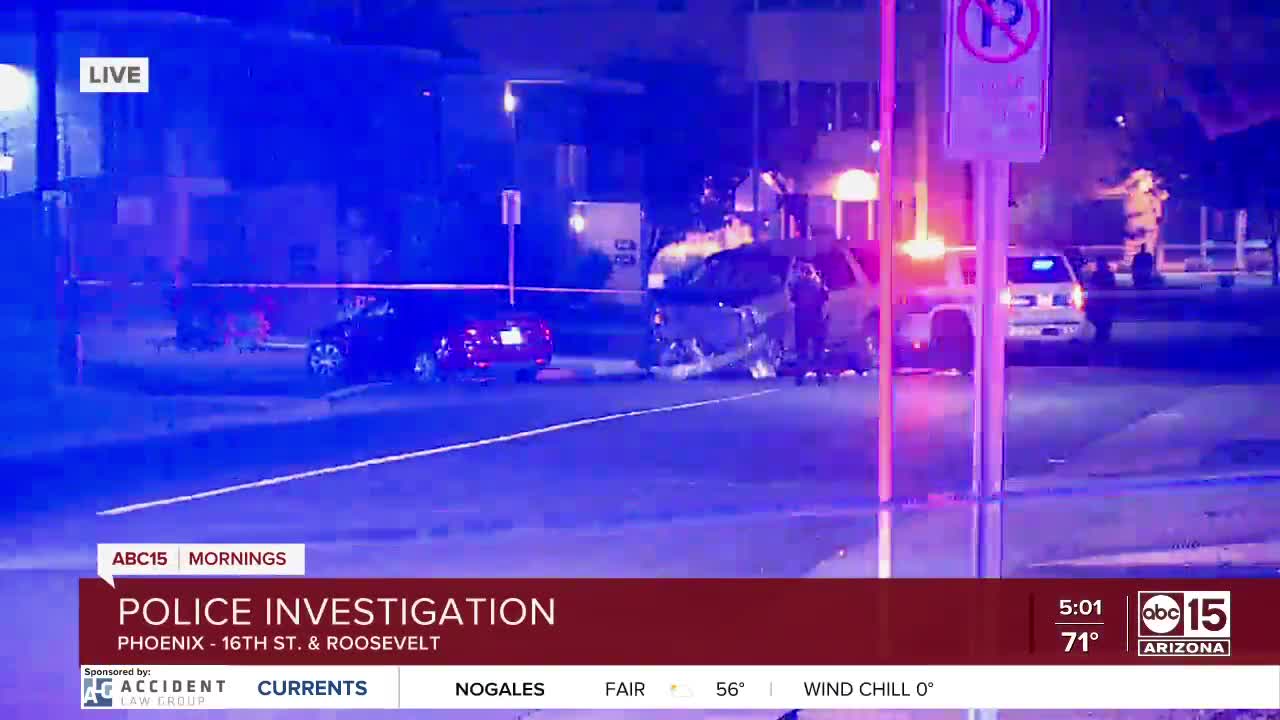 Police are investigating a shooting near 16th Street and Roosevelt.

PHOENIX — Police are investigating a deadly shooting and crash near 16th and Roosevelt streets.

Officials say the incident took place after 3 a.m. Monday when a man was involved in an argument following a crash. At some point during the interaction, the man was shot, causing fatal injuries.

The suspect has not been identified.

Detectives are asking anyone with information to contact the Phoenix Police Department or, to remain anonymous, Silent Witness at 480-WITNESS.